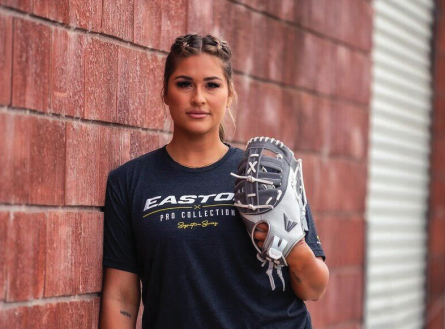 When thinking about softball, you think of Oklahoma City, Oklahoma. While the rest of the country seems to be catching on to the tantalizing high-paced sport, OKC has been on that train and serves as the sport’s capital. With that knowledge, it makes even more sense that the Women’s Professional Softball League’s birthplace is in Oklahoma City.

The league, launching this month, will provide a longer-lasting and legitimate option for softball players who are looking to continue playing softball after college.

Lauren Chamberlain is a former infielder for the University of Oklahoma who went on to play professionally. Chamberlain has become a very familiar figure in the sport, especially around this state. Capitalizing on her popularity and softball expertise, Chamberlain was named the league’s commissioner.

“I am deeply humbled and incredibly excited for my role as Commissioner of WPF,” Chamberlain said. “I have worked hard to build a good standing with existing softball athletes, people of influence in our sport and those outside of our sport. I am confident that I can bridge the gap between all parties and create an exceptional professional level of softball, one that our sport and its athletes deserve.”

The collaboration of these three entities, especially USSSA and USA Softball, is notable, sending a message of unity and progression in women’s sports, which will aid in shaping the future of professional softball.

“The opportunity to venture back into a women’s professional league has been at the forefront of our mission within USSSA and, more specifically, the USSSA Pride,” said Donny DeDonatis III, CEO of USSSA. “We are both ecstatic and humbled to be a major role player in WPF’s development and creation.”

Rick Schiffhauer is the President of Smash It Sports (one of the founding entities) and is a boisterous fan of the sport himself. With his organization capturing success in slow-pitch softball, Schiffhauer is excited to take a stab at fastpitch.

“When I founded Smash It Sports, one of our core values was to look for avenues to advance women in diamond sports,” said Schiffhauer. “I want my daughters and other girls to have the same dreams and aspirations as the boys. We need to close this disparity between baseball and softball.”

WPF’s inaugural season will begin this month and will end on Aug. 15. The overall goal of this league and the decision for the dates were largely based on giving athletes more opportunities to play. WPF is also committed to its athletes making a legitimate living playing the sport.

And while the teams will play nationwide, WPF’s headquarters are in OKC — which will be great for the city’s notoriety, as well as the sport, considering OKC is the home of the NCAA Women’s College World Series and the outright capital of the sport itself.

“Oklahoma City is unquestionably the world capital of softball, so of course it makes sense that this would be the headquarters of the WPF,” said Oklahoma City Mayor David Holt. “We value being the host of this new endeavor, we’re excited for what that will mean in the years ahead and we’re grateful to Commissioner Lauren Chamberlain and the WPF for choosing us. We look forward to watching the story of the league unfold.”

“It is time for the show to continue past the WCWS,” said Chamberlain. “Y’all are going to need more popcorn.”