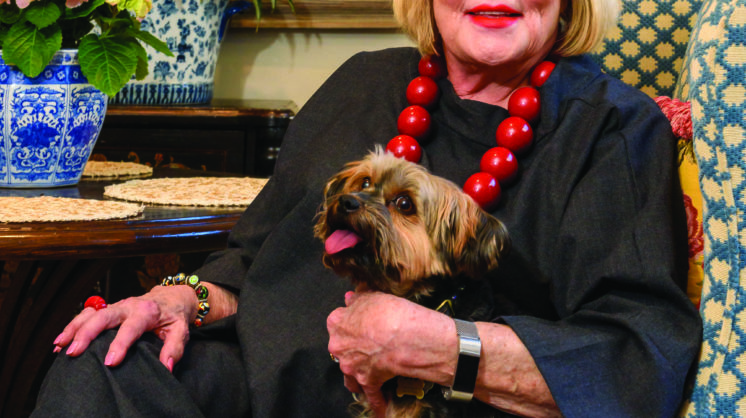 When someone mentions Joy Reed Belt’s name these days, it’s generally in the context of art.

Since 2003, she has owned JRB Art at the Elms, a prominent gallery in the Paseo Arts District. And her late husband, John, an attorney, is credited with the initial vision to turn the Paseo, an old Oklahoma City neighborhood, into a revitalized, vibrant arts district. 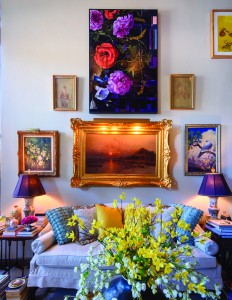 For Belt, her art gallery is her “third act,” another reinvention of her life and career that began with teaching and included working in human resources and career development, as well as earning an interdisciplinary doctorate in education and psychology along the way. But even though making a living promoting artists and selling their works is Belt’s third official act, a love of art has always been part of each of her others.

Today, her condominium home at the Waterford is filled with art from floor to ceiling, tucked in corners and closets and spaces that she enjoys. Paintings and sculpture even welcome her home when she pulls her car into her garage. 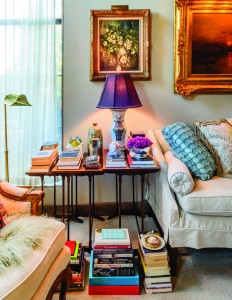 “I start unwinding,” Belt says as she describes driving into her immaculate garage to a view of art. “This is my entrance hall. This is how I start experiencing my home.”

She collected much of the art she has in her Waterford home with her husband until his death in 2013, and she has memories attached to almost all of it. She finds comfort in having the works surround her, noting that she wouldn’t want to live in a minimalist home because “life is messier than that.”

“I have eclectic taste … Everything means something to me,” Belt says. She only brings art into her home if it “speaks to me. I have to have an emotional reaction to it.” 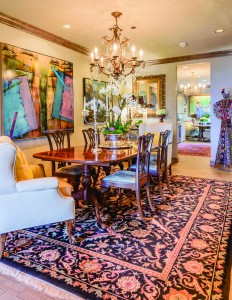 In her bathroom are artist Kay Orr’s watercolors that John Belt commissioned for his wife when they moved out of Nichols Hills to the Waterford. The series of paintings depict their former home.

That painting, she said, once hung in a private room in a restaurant called Casa Blanca in The Paseo – where Picasso’s is now – and John Belt tried to buy it when the restaurant closed. He finally tracked down the owner, who said he would let John know if he ever wanted to sell it. But that call never came. By chance, years later, in a conversation about art, John Belt expressed his love of that painting and artist to someone.

And to his surprise, “She looked at John and said, ‘I own it,’” Joy Reed Belt says. The woman had been given the painting after caring for the owner until his death. And she sold it to John Belt. 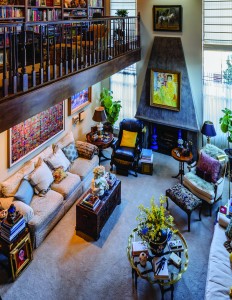 Other works make Joy Reed Belt’s home today its own gallery: A painting by the late Oklahoma artist Eugene Allen Bavinger, whom her husband knew in law school, and works by Michi Susan, D. J. Lafon, Denise Duong and Mike Lawson, all prominent Oklahoma artists, among many more. A painting by Charles McCamey depicts Oklahoma City when it had streetcars decades ago.

A sculpture by Kansas City artist Bernadette Torres and a painting by Oklahoma City’s Beth Hammack reside on her outdoor patio. Belt said it is important to her that every room in her place has some view of the outdoors, with flowers and plants on patios adding to the aesthetic.

“I like for things to be beautiful, so I do what I have to do,” Belt says about all the gardening work she once did herself when she lived in homes with yards. “I can’t live here unless I see out.”

Belt still laments the art she lost in a fire about 20 years ago.

“We lost almost everything we had except what we were wearing,” she says. The Belts had to start their art collection over again, and she is sensitive to those who experience a loss like that. 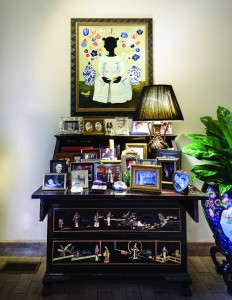 In 1999, Joy Reed Belt was a busy executive as managing partner in a group called Outplacement International, and didn’t have much time for hobbies in her stressful job. So, her husband bought her a series of art lessons to help her relax.

“You are an artist. You just don’t know it,” Belt says her husband told her.

She started painting for fun in a tiny studio in the Paseo, and began hanging art from her home to decorate it. People began to notice her knack for displaying great art she had collected as she painted her own canvases. When John Belt bought the historic building where JRB Art at the Elms is now and began looking for a tenant, his wife wrote a business plan and applied with him for the chance to expand on her new interest.

Today, Belt knows the names of the artists whose work is displayed in her home, and knows many of the artists personally. She continues to host shows and promote artists at her gallery. And she lately has begun writing more on her blog about her art and experiences with it. Whatever her fourth act is, art will definitely be part of it.