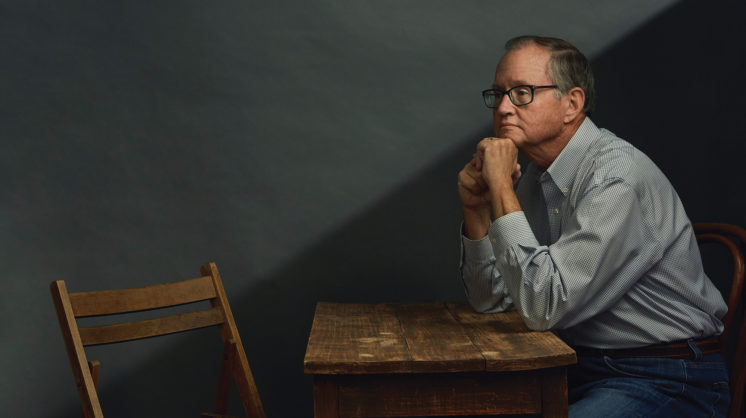 While working on a master’s degree in 1974, Bob Blackburn made an minor, yet significant, decision to peruse the research collections at the Oklahoma Historical Society for an article he was writing.

Blackburn, now the agency’s director, recalls the encounter as a fateful one.

“That was the first time I used the collections for research, including newspapers on microfilm, oral histories, biographical files and photographs,” Blackburn says. “I mention it because that started my association with the OHS, first as a customer then as a contractor and finally as an employee and agency director.”

What was nearly 50 years ago seems like yesterday to Blackburn as he prepares for the next chapter of his life. After 41 years of preserving, collecting and sharing Oklahoma history as the state’s foremost historian and executive director of the OHS, Blackburn will retire on Jan. 15 at the age of 69.

“I always knew retirement would be coming, but the timing had to be right,” Blackburn says. “That’s why I feel so good about retirement now. My efforts and the efforts of others, dedicated to the single cause of preserving and presenting Oklahoma history, gave us the momentum to keep our mission alive and going.”

Trait Thompson, former project manager for the Oklahoma Restoration Project, was chosen after a yearlong search to succeed Blackburn. Thompson will report for duty on Jan. 5.

Blackburn has been synonymous with the OHS since 1979. His first position was editor for the society’s scholarly publication, “The Chronicles of Oklahoma.” A decade later, he was promoted to deputy director – a period Blackburn credits as a time when the organization’s “accepted mediocrity” was challenged. Through extensive efforts both internally and through legislation, Blackburn saw the potential service OHS could provide in telling the state’s history through multiple lenses and in multiple locations.

When Blackburn became executive director in 1999, he focused on what he calls the “entrepreneurial business plan,” a still-operational initiative focusing on higher standards, partnerships and diversity. This model provided the foundation for what the modern OHS became, including the design of the current 215,000-square-foot facility with a $61 million budget, and much more.

As he approaches his final weeks, Blackburn leaves behind four position papers on the critical opportunities facing the organization: digital platforming, diversity, standards and community. 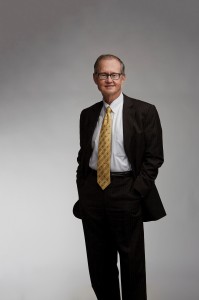 “Each one of these positions is crucial to the future of the OHS. We want to tell more stories than the Land Run and the Dust Bowl,” Blackburn says. “By telling the stories of others, we color in the history of Oklahoma like a mosaic. This requires more work, deeper understanding and an opportunity to keep exploring.”

A consideration not lost on the outgoing executive director is the legacy he leaves behind. Blackburn knows Thompson will face comparisons and a list of new challenges, but he understands that obstacles act as stepping stones in the right direction.

“We don’t need another Bob Blackburn. We need change. Studying Oklahoma history made me the optimist I am today,” Blackburn says. “What gives me hope is knowing how far we’ve come as a society through efforts like the Teacher Walkout of 2018 or the Black Lives Matter movement. If we can understand each other and our past, then maybe we can keep progressing toward something better for us all.”