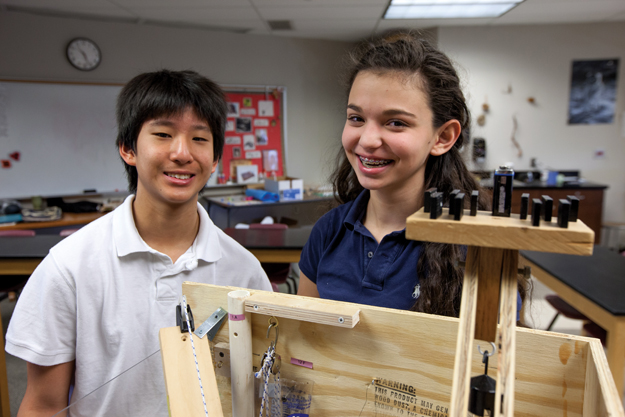 Their quality ranges from venerated institutions founded early last century to schools with a handful of charges, murky mission statements and no accreditation.
Some rank among the best in the nation. Norman’s All Saints Catholic School was the first private school since 2000 to win a U.S. Department of Education Blue Ribbon award for excellence. Rosary School in Oklahoma City’s Gatewood neighborhood was the second.

Other top schools that may or may not have applied for such accolades herald their excellence through grapevine reputation and academic bona fides. Their claims to fame encompass multiple accreditations; a string of National Merit Scholar winners, finalists and semi-finalists; test scores well above national norms; advanced-placement course offerings; and percentages of faculty with advanced degrees.

Waiting-lists-upon-conception aside (by the way, OKC’s Westminster actually does pencil in the unborn on their wait list), application season for fall 2013 is already under way. And a trend is clear: Preschool and kindergarten applicants are flooding several select schools, swelling their wait lists. The ups and downs of local baby booms drive competition for those early years. Since waiting lists are generally run first come, first served, the Sooners have already staked their relative advantage.

Less competitive, though, are transfers at higher levels, roughly third through 12th grade. All Saints Catholic School draws good numbers of career-mobile military and university families, so one family’s move can be another’s kismet. It admits about 75 students each year.

Parents new to private school competition need to prepare for the tests they need to ace. Books abound to tell them whether they should choose a private school at all – and what to do if they plunge into an adult version of what most have already excelled at as kids: that is, competing against a slate of relatively unknown rivals to rise to the top.