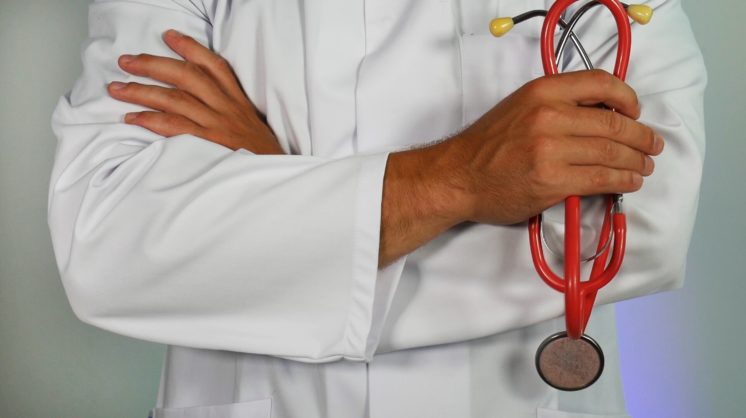 Retired firefighter Andre Head was well aware that his father was a prostate cancer survivor, and he knew that Black men are more at risk for the disease. But it was easy to put it out of his mind … until routine bloodwork indicated an elevated prostate-specific antigen (PSA) level.

“I think a lot of Black men are scared,” he says. “I don’t think they really want to know. I can tell you that years ago, I didn’t want to know.”

But it’s crucial to diagnose the disease as soon as possible, said Dr. Michael Cookson, a urologic oncologist and chairman of the Department of Urology in the OU College of Medicine and Stephenson Cancer Center. The 10-year survival rate can be as high as 95 percent when the cancer is caught in its early stages, but only 25 to 30 percent when it’s more advanced.

“We have better methods of detection now and more effective ways to screen for prostate cancer,” Cookson says. “The No. 1 way to initially screen men at risk, usually age 55-70, is a (PSA) blood test.”

If the PSA is elevated, the next step is evaluation by a urologist to determine if additional testing is needed. Cookson said that in determining whether a biopsy is necessary, “We now have more sophisticated biomarker testing and imaging that can be used.”

If a biopsy is done and indicates cancer, oncologists consider the patient’s age, overall health, the stage and aggressiveness of the cancer and potential side effects to determine the best therapy.

“Some of the best treatments include minimally invasive robotic surgery and hypo-fractionated radiation, along with proton therapy for localized cancers,” Cookson says. “We now have an explosion of combination treatments for more advanced and metastatic disease. In tumors that are resistant to traditional therapy, we now have some precision-medicine treatments.”

Head has had two biopsies, neither of which indicated cancer. He said he is a man of faith and mostly felt at peace about the tests.

“Of course, I had some concern, but I think I had more concern for the kids,” says Head, whose three sons are in their late 30s and early 40s.

“Prostate cancer is a disease of aging,” Cookson says. Men are also at risk if they have a family history of prostate cancer, breast cancer, colon cancer, pancreatic cancer or ovarian cancer. Prostate cancer is the second-leading cancer killer of men, after lung cancer.

Cookson said there is no specific strategy for warding off prostate cancer. “This is the case despite many millions of dollars directed at vitamins and nutritional supplements,” he says. “We suggest men lead a healthy lifestyle, exercise daily if possible and watch their weight. Obviously, we recommend against use of tobacco products and smoking.”

Men at increased risk due to race or family history should get a baseline PSA test and examination around age 45, Cookson said.

Head said he thinks there is a concerted effort to educate Black men about their higher risk. He’s even heard about it at church.

“They advertise it so much, we should know when to go in and get tested,” he says. “You have to be vigilant. I know I won’t live forever, but I’m not going to rush it. If there’s something I know can be cured, I’m going to do it.”