A Recipe for Red Beans and Memories - 405 Magazine 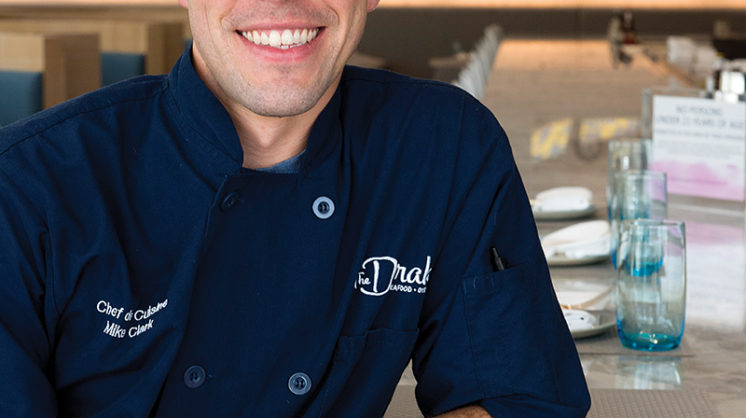 Mike Clark, chef at The Drake, started cooking professionally in Mississippi. Admittedly, what drove him to the kitchen at first was not a passion for food as much as a desire to do what college kids like to do.

“I cooked so I could make extra money to go out on The Square,” Clark says.

For the majority of the world who are not familiar with the other Oxford – in this case Oxford, Mississippi – The Square is located a few blocks from Ole Miss, and it’s where students go to shop and eat and, of course, drink. Think of it as an older, cooler Campus Corner. (Sorry, Norman.)

Clark was at the University of Mississippi pursuing a degree in parks and recreation management. His was not to be a Leslie Knope-esque life, though. The Jefferson Parish native had always enjoyed cooking, and when his friend got him a job at a restaurant on The Square, he fell in love with the restaurant business.

“I was a certified wild land firefighter at the time,” he says, “and I really thought I’d do something outdoors, but here I am 10 years later still in the kitchen.”

A wild land firefighter – he never used the certification – is the person you see digging fire lines to stop the spread of wildfires. It’s almost the opposite end of the employment spectrum from cheffing, except for the fire part. Fortunately for food lovers, Clark chose the kitchen.

Growing up in Louisiana meant the family ate plenty of Cajun and Southern cooking, and shrimp boils were commonplace. Clark said his favorites were fried catfish, low country shrimp boils and red beans and rice. He chose the latter for his recipe, mainly because it remains in his list of top three favorite foods. The primary obstacles for home cooks are sourcing the Camellia red beans and the amount of time it takes to make the dish, which was a staple at Clark’s house growing up.

“Traditionally, in the South,” he explains, “it is made on Monday evenings (which were considered wash days) with leftover ham and sausage from Sunday night’s dinner. So that is what my parents did, whether or not it was left over from the night before. I am one of five kids, and I have such fond memories of sitting around the table talking and laughing with them over this dish.” 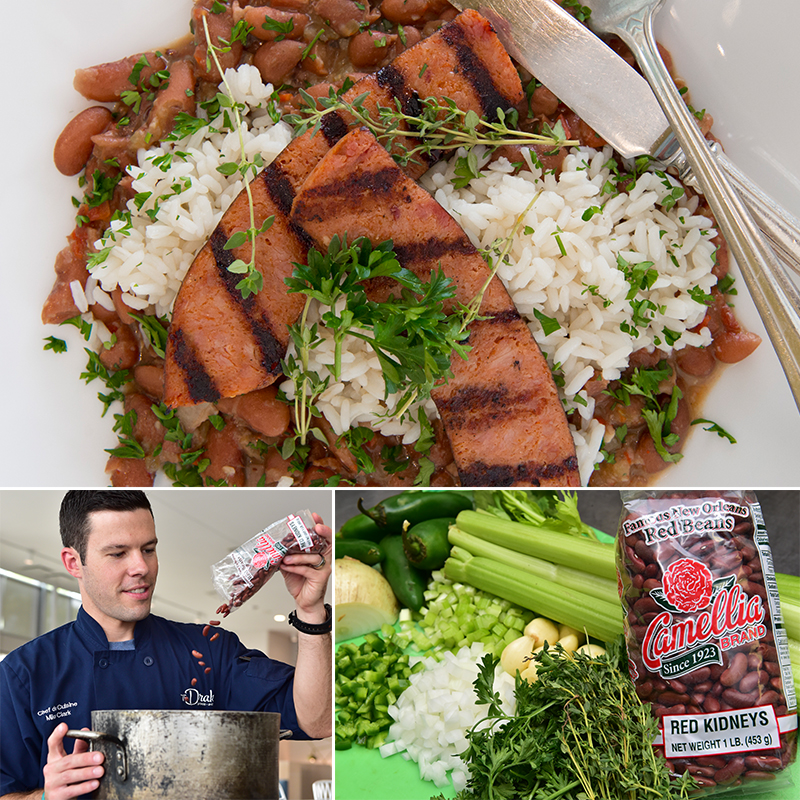 • Sauté celery, onions and garlic in oil until transparent.

• In another pan, sauté ham and sausage. Drain.

• Add bay leaves, salt and pepper, and continue to cook over low flame until beans are soft and creamy; approximately 2 ½ hours.