A Recipe With Depth of Flavor - 405 Magazine 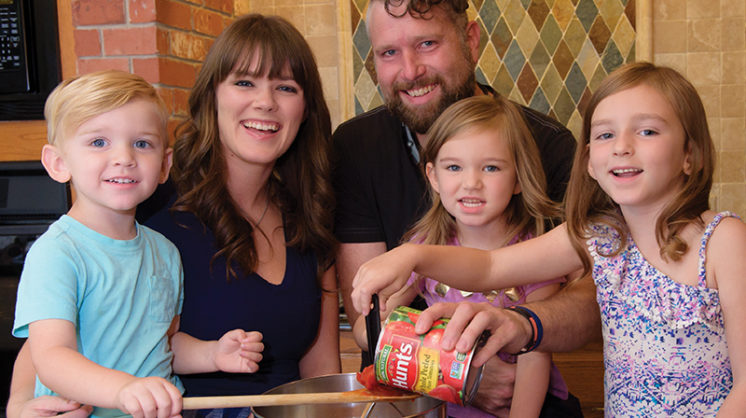 The flavors and foods of childhood don’t always follow us into adulthood, sometimes because we’re too much of a child to know what’s good. The first time Matthew Heard tasted deep-dish pizza – at the age of 10 – he was underwhelmed.

“We were eating at Lou Malnati’s Pizzeria in Chicago,” he remembers, “and when the server brought the pizza to the table, I looked at it in disgust and wondered who came up with that dumb idea.”

That not-so-dumb idea is now the focal point of Heard’s Humble Pie Pizza & Deli in Edmond. The pizzeria specializes in deep-dish pizza and is only open for dinner. As for why its focus is on deep-dish, Heard would eventually come to love it.

“I tried deep-dish again at the age of 14, and I realized how amazing it can be, especially if it’s done right,” he says. “Just about anybody can mess a dish up, and my first attempts at recreating the Chicago-style, deep-dish pizzas were anything but spectacular.”

Growing up, his culinary life was shaped by a lot of casseroles and baked dishes. The family did not have a lot of money, so Heard learned to take inexpensive ingredients and transform them into something delicious.

“Cooking was a chore at first, and I mean that literally,” he says. “My mom insisted all of us learn to cook when we were young; I started about 4 or 5.”

Like most of us, he had mixed success as a young home cook. “I remember making meatloaf soup once,” he recalls. “I undercooked the meatloaf, so we made soup with it.”

As he got older and got better with ingredients and techniques, he discovered he enjoyed cooking, especially making new dishes and trying new flavors and combinations. With no formal training, he learned all he knows by cooking, sampling, mixing and experimenting.

“I always wanted to take formal cooking courses, but I also think having a knack for knowing what flavors and ingredients complement each other is important,” he says. 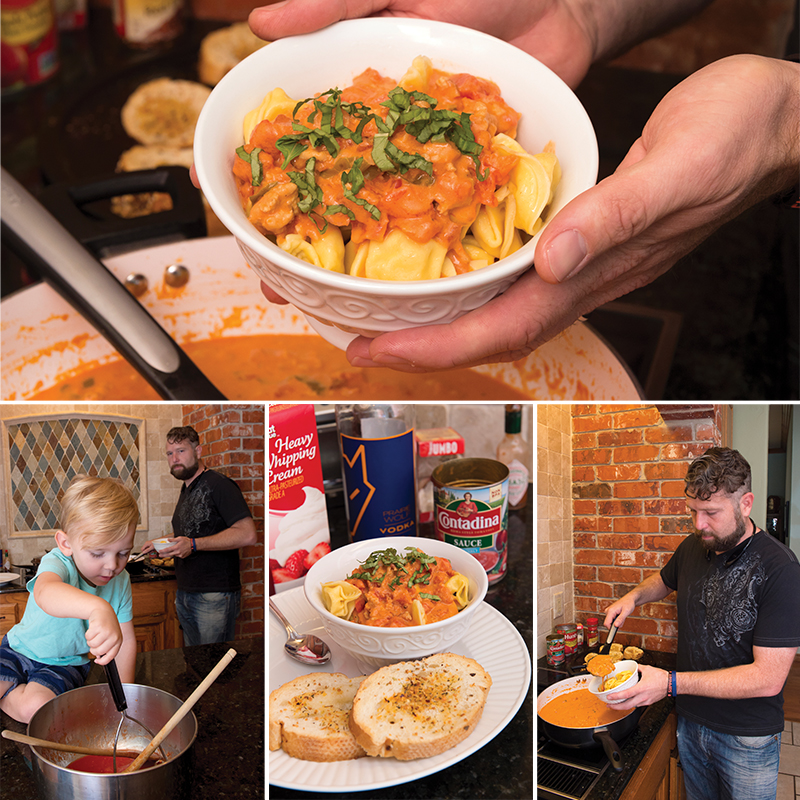 Humble Pie is the culmination of a dream he had when he was a kid, even if a fairly unspecific dream. “I’ve known since I was 10 that I’d have a restaurant,” he asserts. Of course, at 10, he never imagined it would be a deep-dish pizzeria, nor did he know all that would be involved.

“I had no idea how expensive they were to start, or how much work it takes to run one,” he says. “I had no gray hair when I started Humble Pie.”

The amount of time required to run a family-owned restaurant requires that he and his family curtail their leisure time. Although he is trying to get more into paragliding, the restaurant makes vacations and hiking trips – another favorite – hard to manage.

“We spend a lot of family time together,” he says. “We rest on days off and try to do things together that make memories.”

Since he’s always enjoyed new things, Heard shared a recipe for a new dish he’s been working on: pasta with vodka sauce.

• Combine vodka with the hot sauce in a separate bowl.

• In a large skillet, cook the bacon over medium heat, and finely chop it.

• Drain off half of the fat from the pan.

• Add the chicken to the pan and sauté it with the garlic, 1 tbsp basil and red pepper flakes.

• When the chicken is done, add the vodka/hot sauce and bacon to the pan and let it simmer for 10 minutes.

• Crush the tomatoes and add those, along with the two cans of tomato sauce.

• Add the heavy cream and simmer for 10 more minutes or until the sauce has thickened.

• Salt and pepper to taste.

• Ladle sauce over your favorite pasta or garlic toast, garnish with remaining basil and enjoy.