A Song of Sunshine on the Mexican Coast - 405 Magazine 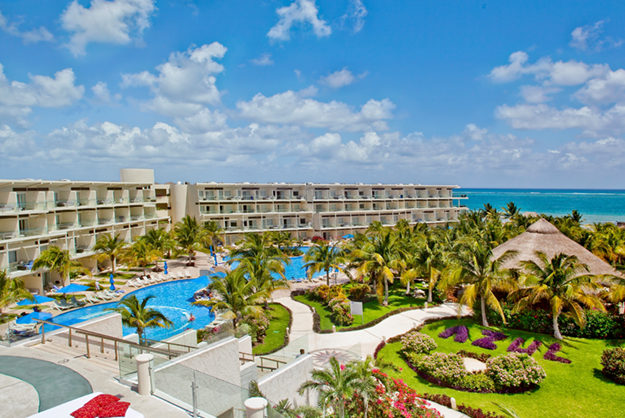 “Oh, the weather outside is frightful …” in Oklahoma – a cold December wind and probably a threat of snow. But on the Riviera Maya, an 86-mile stretch of coastline south of Cancun – well, delightful hardly begins to describe it.

“Who Could Ask for Anything More?”

It was like walking out of a black-and-white movie into Technicolor – a brilliant blue sky, dazzling white buildings, lush greenery and an array of flowers in rainbow colors. Our host hotel was the Azul Sensatori Mexico, an all-inclusive resort for all generations.

Options for little ones are excellent – lots of supervised activities from beach games to movies and crafts; making Mexican fruit jam or doing an eco-activity; and supervised evening sections so parents can enjoy some of the great adult-only choices for entertainment. Partnering with Fisher-Price and My Gym, Azulito’s Club is a kid’s dream come true.

Teens aren’t forgotten; they have their own club, the Extreme Breeze Club for ages 13 through 17. With a billiard table, air hockey, a climbing wall, TV with movies, arcade games, PlayStations, Wiis and computers, they’re bound to find something entertaining.

Family rooms are clustered close to kids’ activity areas – a water spray park, family pool and Azulito’s Club. Some of the rooms are designated Fisher Price rooms with toys selected especially for the ages of the guests and Little People figures prominently displayed outside the door.

No kids with us – so it was all about relaxing and enjoying the excellent cuisine. The resort has three huge pools, lots of lounge chairs and several swim-up bars. And they have a premier spa – Vassa. The spa wasn’t part of the all-inclusive package but the prices were comparable to other resort facilities and having a massage ocean-side, with a sweet, salt breeze playing on our skins was a treat not to be missed. 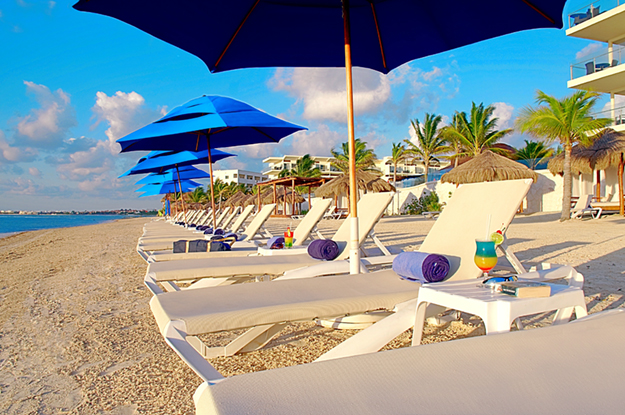 Our room décor was decidedly Caribbean but the restaurants took us around the world. Spoon and Tapaz feature dishes from many countries. Tuscan specialties are stars at Siena while Zocalo is the place to go for Mexican dishes (and pizzas from the wood-burning horno). And yes, you can find a cheeseburger at Spoon.

Le Chique is the property’s premier restaurant and an adults-only venue. Winner of many awards under the leadership of Michelin-trained Executive Chef Jonathan Gomez Luna, dining here isn’t a meal, it’s an experience. Guests are taken through a multi-course, orchestrated menu. 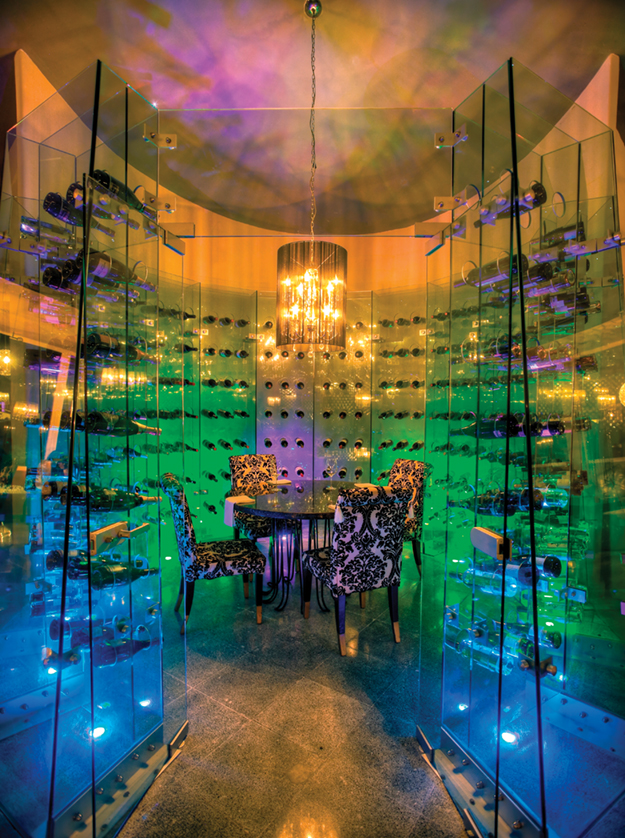 All the stops were pulled out for our press group. I lost count after a dozen courses, each consisting of one or two bites – or sips. Every dish was a Picasso of presentation. The sparkling cucumber martini that launched our alimentary adventure was probably the most mundane dish we sampled.

I tried tastes I would have sworn would never pass my lips and enjoyed combinations that boggled my mind: black bean soup with shrimp, sea urchin, barnacle, spring onion and pea sprouts; tuna sashimi with coconut, avocado/habanera crème, salicornia and coriander flower; frozen margarita wrapped in cotton candy; foie gras coated with chocolate and painted to parade as pecans, and even something dusted with dried crickets. This is cutting-edge cuisine. There is a small charge at Le Chique unless you’re in a premium building, but it’s a pittance for the pleasure of breaking new gustatory ground. 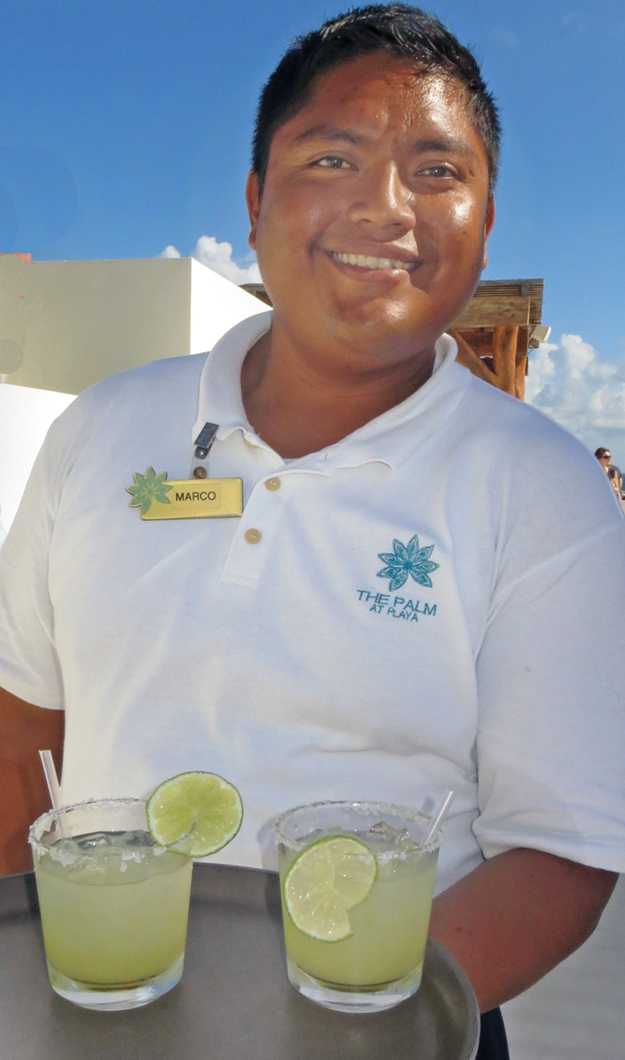 “It’s a Beautiful Day in the Neighborhood”

With all the amenities available at the resort, it might be tempting to never venture outside. But you’d miss the feel of actually being in another country. Jaunts to Cancun, Playa del Carmen and other nearby destinations can be arranged at the concierge desk. Adventure parks offer everything from zip-lining and dolphin swims to snuba and scuba around the world’s second largest reef and in cenotes – sinkholes and caves in the limestone underpinning of the Yucatan Peninsula.

We opted for a half-day trip to Tulum, the remains of an important Mayan city perched cliffside on the edge of the Caribbean. Flourishing between 1200 and 1521 A.D., it remained hidden by the jungle for several hundred years.

Arriving at Tulum, we found a jungle of tourist-y attractions, vendors hawking souvenirs and costumed entrepreneurs offering to pose for photos. Inside the wall of the archeological site, it was another world. 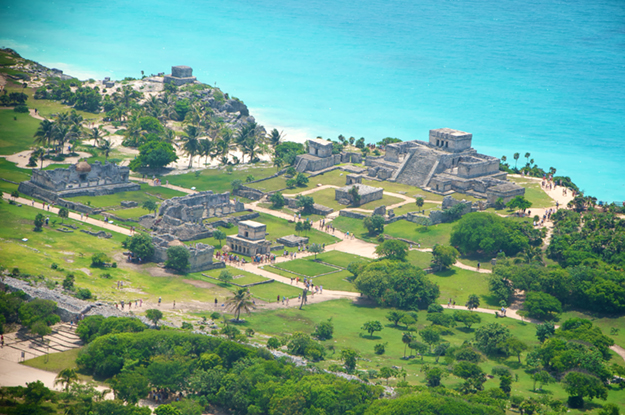 A huge grassy area is dotted with stone structures. Several large buildings have survived – or been carefully restored – many more are simply rock foundations or remnants of walls. Climbing on or entering the ruins is not allowed, but the views from the paths are impressive. Climbing the hill to the Castillo, the most imposing building, we watched large iguanas  watching us. A path runs behind the Castillo along the cliff’s edge and a stairway leads down to a strip of beach.

Back in the 21st century outside the wall, we saw a demonstration of the ancient ritual of the “voladores,” or flying men. Our show was a for-the-tourists version of the ritual, designated an Intangible Cultural Heritage by UNESCO. From atop a tall pole, one man played bird-like tunes on a flute while four others, attached to a spinning ring, jumped off, circling the pole like a swing ride at the fair – without the swings. 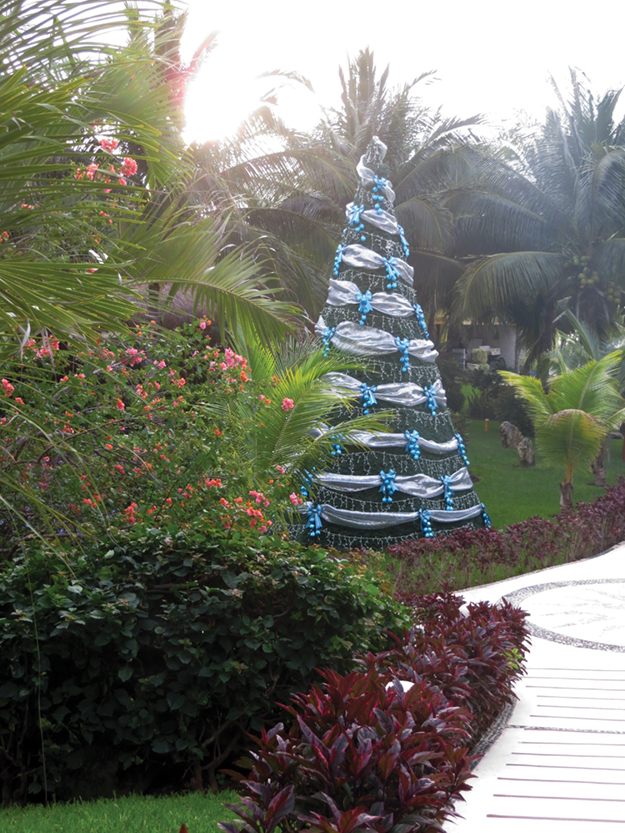 It was hard to believe it was almost Christmas – bougainvillea and hibiscus dominate the floral landscape and palm trees outnumber conifers. Still, the lobby of the Azul Sensatori had been transformed into a faux-snow scene and a majestic Christmas tree graced the gardens. Biting reality hit at the Cancun airport. Our flight was cancelled – Dallas was iced in! We took the long way home – through Detroit. Snow covered the ground in Oklahoma.

Our trip was a much-appreciated respite from December’s chillier thrills last year. This year I guess I’ll just have to settle for singing Jimmy Buffett’s “Christmas in the Caribbean.”