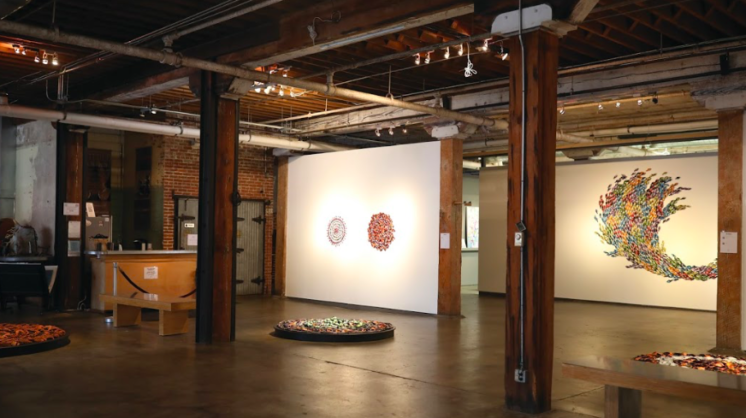 Laura Warriner didn’t know how Oklahoma City would react to a three-day run of Eve Ensler’s soon-to-be notorious “The Vagina Monologues” in 1996, but she used an email campaign to get the word out. So many women showed up that Warriner and her friends started telling people to bring their own chairs for successive shows.

Later, in an interview with The Tulsa World, Ensler singled out those shows as central to the development of what would become a cultural phenomenon. 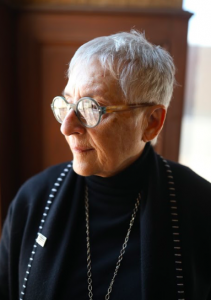 “I really think that this movement began in many ways in Oklahoma City, because everyone was so scared of it there,” she said. “I mean, they couldn’t even advertise it in the local newspapers …”

That “warehouse” at 1 NE 3rd in Deep Deuce, is now Artspace at Untitled. In 1996, Laura Warriner had owned it for about a year. Warriner made an offer on the building in 1994, but the property owners turned her down. After the bombing of the Alfred P. Murrah Federal Building, those owners approached her again, but they brought a condition: She had to purchase two buildings and the land they sat on. 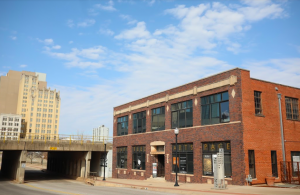 “Some of the bricks from the second building were used to make our entrance here,” Warriner says. “This building was close enough to the railroad bridge that it avoided a lot of bombing-related damage, but the other building was out in the open. We had only a couple of weeks to tear it down.”

Warriner said she was looking for studio space when she bought the building, but she also wanted to preserve some of her childhood in the form of architecture. She remembers being five steps into the building when she decided to buy it. 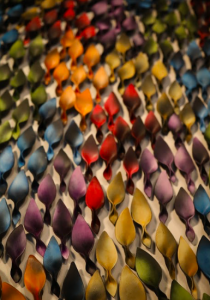 “I just knew I had to save the building,” she says. “I grew up in downtown. My mother worked at John A. Brown (department store), and downtown in the 1950s was where all the commerce was happening. I have all these wonderful memories in my brain, and it was appalling to see all those beautiful buildings torn down.” 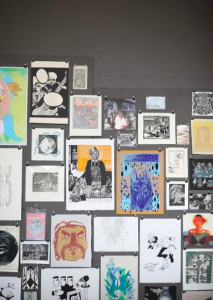 Warriner and her husband Joe, a dentist, continued to improve the building. Jesus Moroles was the featured artist at the first exhibition in 1997. Then as now, Warriner liked to work with artists she knows, and as a working artist herself, she’d seen the good and bad side of working with galleries, so she treats artists the way she wants to be treated.

As she gets close to the 25th anniversary of Artspace at Untitled, Warriner is focused on the next generation, and that means she doesn’t really have time to make art of her own anymore. 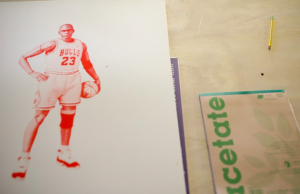 “I miss the creating, but I get vicarious enjoyment through creating exhibitions,” she says. “Life is about change: moving, expanding, growing. We’ve created the sculpture garden – Joe’s Space – over the past three years, and we’re getting ready for another Steamroller Print Festival.”

The energy for that festival comes from young people. Warriner and her team provide art instruction to 10 high schools that have had to discontinue their art programs. The yearlong curriculum culminates with the Steamroller Print Festival, a daylong celebration of creativity scheduled for April 25.

Working with youth is the key – at some level – to coming to terms with the number that most often describes us: our age.

“My number is old,” Warriner says. “God, I’m old! But my brain is 35. Being OK with change helps that, and I do draw energy and hope from the young people. I’m hopeful, I think, because they’re hopeful. There are things about their lives I just don’t grasp, but no matter what you do or I think about those things, they’re going to be running the place. It’s up to us to give them the space to dream and create so that they can make things better.”