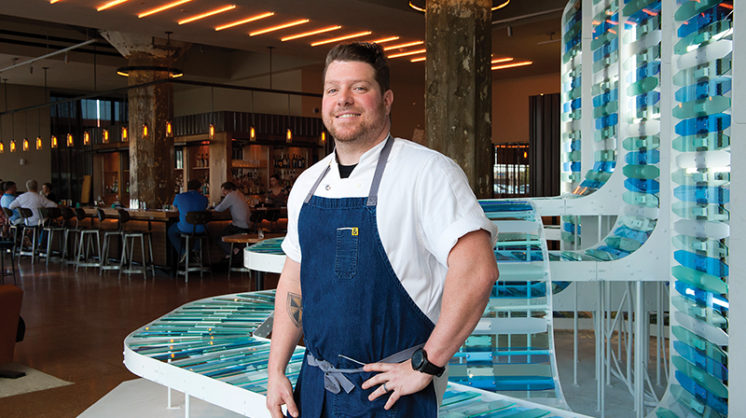 Jason Campbell grew up in Orlando, Florida – a city better known for Disney than food culture. Tourist meccas eventually attract high-quality food, though, and Campbell’s resume includes time as chef de cuisine at Cask and Larder. During his tenure there, the chef-owners were nominated for James Beard Awards, and the restaurant was named one of the best in the nation by Esquire magazine.

Campbell followed his wife Lia to Cincinnati for her job, which is where he first started working for 21c Museum Hotels – now he’s the executive chef at Mary Eddy’s, the restaurant inside our 21c.

Away from work, Campbell describes himself as a fan of history, and although some of his down time is spent cooking with his wife, his non-culinary pursuits include his 1966 Dodge Charger. He works on it in his off time, so he can “go cruise and clear my head.”

“I love history, and I think of these old-school cars as part of American history,” he says. “If it’s loud, has a big motor and can smoke the tires, I love it!”

While his earliest memories of cooking involve his mother and grandfather, Campbell would eventually get formal training at Le Cordon Bleu in Orlando, from which he graduated in 2004. He combined that formal training with his Southern heritage: “We grew up eating a lot of Southern food,” he says. “Braised collard greens, cornbread – things cooked in bacon fat.” The food at Mary Eddy’s certainly reflects that, as well as Campbell’s culinary curiosity.

“I’m always playing with big flavors like black cardamom, making our own black garlic, fermenting hot sauce, sumac, harissa,” he explains. “I try to focus on making a dish light when it tends to be heavy by adding some citrus zest or a raw green or vegetable for texture.”

For this recipe, Campbell is showcasing exactly that method by combining flavors and textures in a mix he describes as “super fresh, crunchy, meaty and zippy.” He prefers prime rib eye or NY strip for this take on a steak salad. 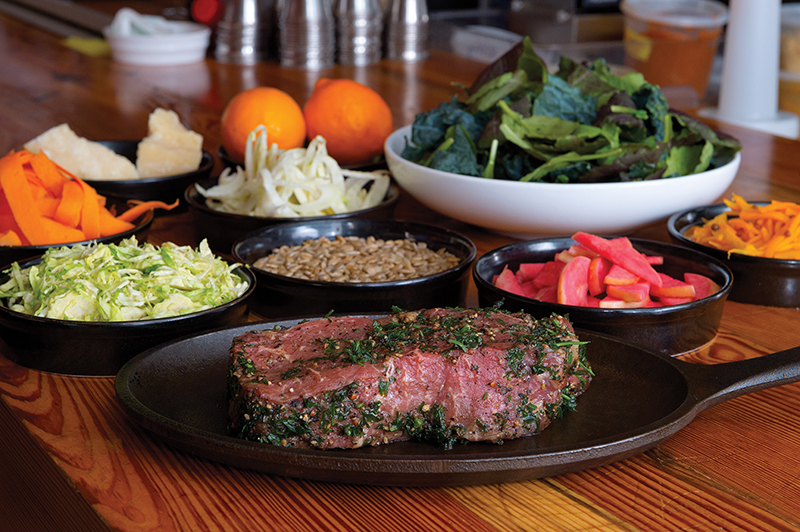 • Cut neck off of squash and reserve bottom for another use; maybe squash soup.

• Peel off outer layer and discard.

• Cut neck of squash into 4-inch blocks, peel with peeler into thin ribbons and place in a heatproof vessel.

• Add all items in a saucepot and bring to a simmer to dissolve sugar.

• Turn off heat, let sit for five minutes and then pour over squash ribbons. 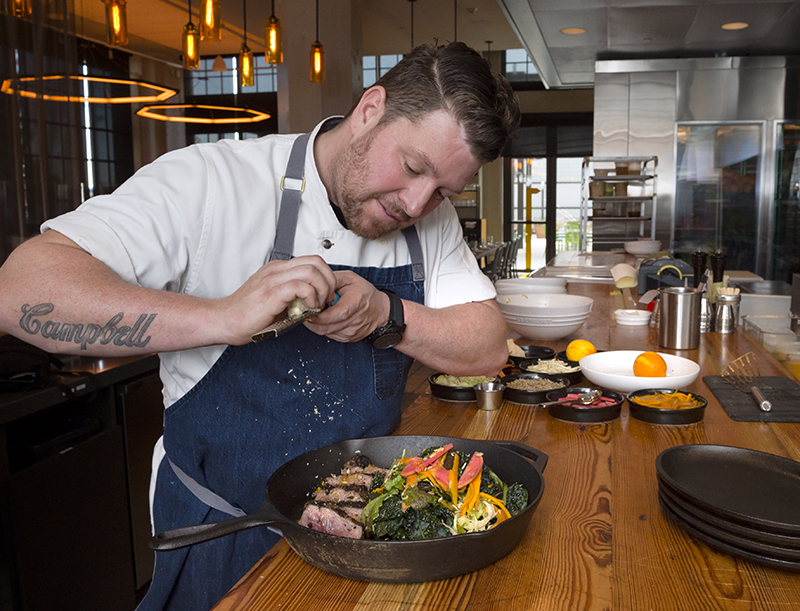 • Combine all together and shake well in a sealable container to emulsify. It’s OK if the vinaigrette breaks. Just shake it well. 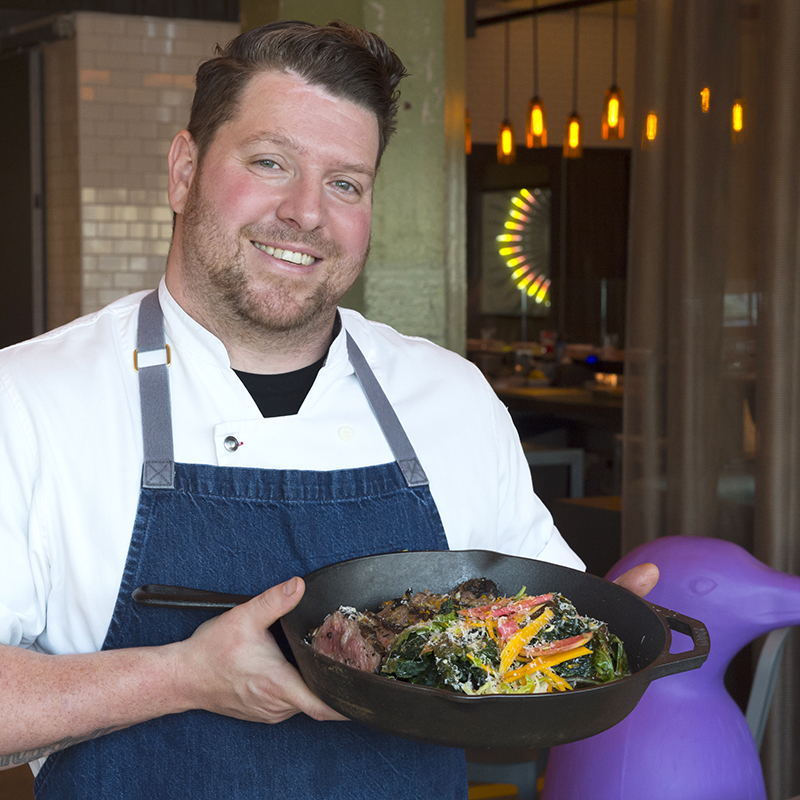 • While steak is resting (after cooking to taste), add everything to a large bowl and dress the greens. Taste to see if it needs salt or more dressing. Slice steak in strips and place on salad. Grate cheese and extra lemon zest over the top and enjoy.