A Toast to Colorado - 405 Magazine 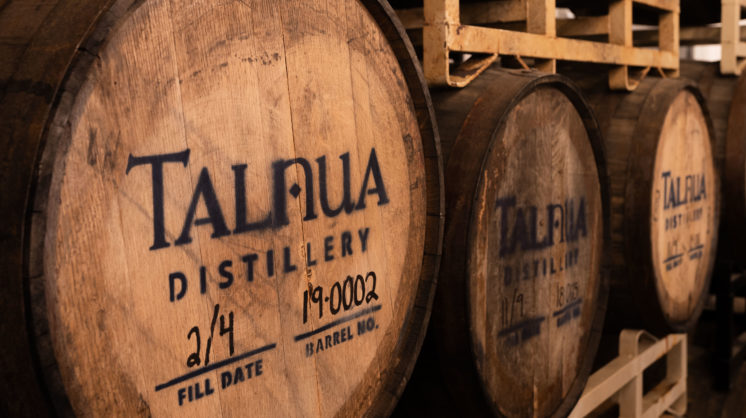 The Colorado Spirits Trail now includes 62 craft distilleries. Yes, Colorado. The state better known for mountains (and weed) is producing excellent craft spirits, especially whiskey, and has been for several years. Colorado’s industry is relatively small, but the quality of their output has pushed a few of the distilleries onto back bars and liquor store shelves ahead of other states. Matt Sterr, owner of the Spirit Shop in Norman, said he stocks all the Colorado whiskey available in Oklahoma, and Breckenridge Distillery from the city of the same name is his favorite.

“Colorado distilleries have the same problem all younger distilleries have: a lack of time in barrel,” Sterr says. “It takes time to age any whiskey to maturity, and thereby achieve optimal flavor. That said, distilleries in Colorado like Breckenridge and Stranahan’s are producing quality whiskies, often in creative and innovative ways.”

One of those innovative ways is cask finishing. Stranahan’s puts its “red label” whiskey into sherry casks for finishing, a process that imparts deeper, richer flavors and textures to young whiskey. Their cult whiskey “Snowflake” varies from year to year, and is finished in wine, sherry, Cognac, rum or tequila barrels. It’s only sold at the distillery, where people wait in line for a week, and it typically sells out in a matter of hours.

The industry has not caught up to Bourbon, nor is it likely to – that Kentucky county has a century or two of experience on the Mile High State. Still, the quality and flavor of Colorado whiskey is evident. Ask your favorite bartender to blind taste you against entry-level Bourbons if you’re a skeptic. In addition to the Breckenridge and Stranahan’s, three other whiskeys are available in Oklahoma:

Tin Cup: It looks like a gimmick, and it might have been one, but the spirit is solid and affordable. Along with Breckenridge or Old Elk, this is an approachable introduction.

Old Elk: They call this Bourbon, so it has to be 51 percent corn. They use a third malted barley and the rest rye, which adds a nice spice to a balanced bottle of booze.

Vapor Distillery: Known more for its Ginskey and Coffee Liqueur, this Boulder distillery seems to be still working out the kinks on their whiskey program.

Most good package stores will have these, including Freeman’s Liquor Mart, where you’ll find a great selection, and the newly opened George’s Liquor downtown. For Stranahan’s, in addition to the sherry-cask finished, Oklahoma has the “yellow label,” which is the entry level, but the “black label” called Diamond Peak is the best we have in the state. Talnua, an Irish-style whiskey from the Arvada distillery, should be in Oklahoma next year – hopefully sooner rather than later, because initial tastings revealed a fantastic product.

Finally, Matt Payne writes about travel in southwestern Colorado in this issue, which you can find HERE. Should you head that way, Durango has Honey House Distillery and Durango Craft Spirits, and K J Wood Distillers is just north of Telluride. Happy travels.

According to the American Craft Spirits Association, at the end of 2018, there were 1,835 craft distilleries in the U.S. – a number that reflects 15 percent growth from 2017 numbers. Those distilleries sold 7.2 million cases of spirits, meaning craft distilling is a multi-billion-dollar industry in the U.S.