A Trifecta of Taco Temptations - 405 Magazine 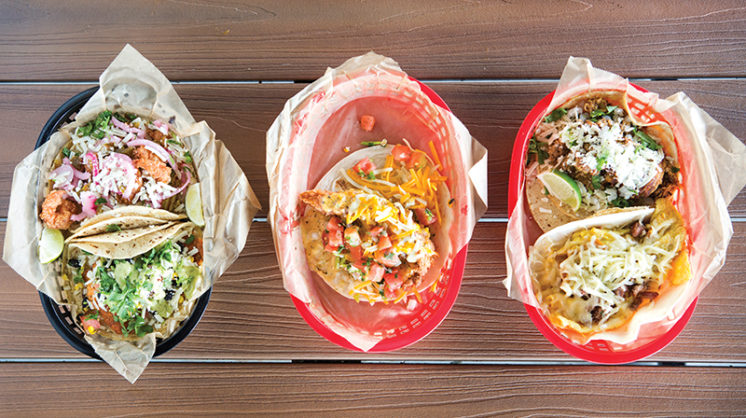 Genius is seldom appreciated in its own time, especially when it comes to genuine innovation. In a just universe, the visionary who first loaded a tortilla with meat, cheese and vegetables and thereby called the taco into existence would be a household name and universally hailed as a culinary hero. England had its Earl of Sandwich; where is his Mexican-food counterpart, say … El Generalissimo del Taco?

Instead, we can’t even be certain how the food came to be: Competing theories place its origin in the 18th century, or the 19th, or the 16th before European contact. The word might be derived from the Spanish verb atacar (to stuff) and have been coined by silver miners who named their portable lunches “tacos” after the small bundles of gunpowder wrapped in paper they used for stubborn excavations. It could come from a Nahuatl word (the language of the Aztecs) meaning “in the middle” and have been used to explain the fish-filled treats locals fed Hernan Cortes when he arrived in North America. Whoever experienced a stroke of brilliance whenever, it was a luscious boon for mankind – and, increasingly, for the OKC metro, because fast, fresh, flavorful tacos are easier than ever to find thanks to restaurants like these three contenders on the dining scene.

Beloved in its native Austin for the last decade, Torchy’s has crossed the Red River and established an Oklahoma beachhead in north Norman. And, judging by the lines, in the hearts of Normanites. We did quite a bit of damage to the menu here, so I can steer you with some confidence toward the Baja Shrimp, the Mr. Orange – if the blackened salmon is a trifle dry, add some more avocado salsa – and the standout fried chicken of the Trailer Park (I presume you’ll do it without needing to be told, but for thoroughness’ sake: Definitely take them up on swapping out the lettuce for queso). And since there are few joys in life like eating tacos for breakfast, practice getting down to Torchy’s to start your days with the Wrangler’s scrambled eggs, potatoes and tender beef brisket. 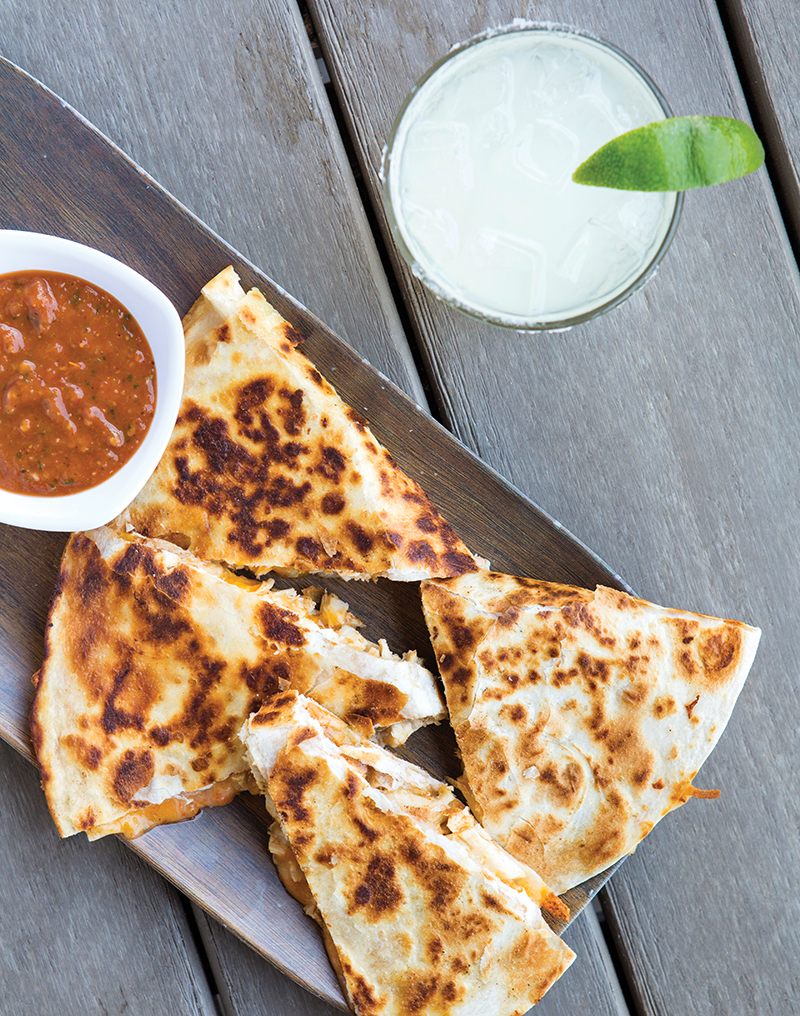 A new center of attention on Automobile Alley, Cultivar is dedicated to quality ingredients from excellent, and especially local, sources. The beef is grass-fed, the tortillas are ground in-house from fine Mexican hominy, et cetera. However, that level of care and craftsmanship isn’t exactly inexpensive, and the tacos have a tendency to get soggy quickly. The burrito bowls are delicious and built from the ground up to your exact specifications, but if it’s a peak hour, the line behind you might make you think twice about asking, “Wait, what’s in that container again?” My advice would be (a) try the excellent quesadilla, especially accompanied by their smashed chorizo beans, and (b) whatever you get, throw a margarita in there, too. The bar is pretty great, and the patio fronting Broadway is a fantastic spot for watching the unfortunate passersby who aren’t also drinking margaritas. 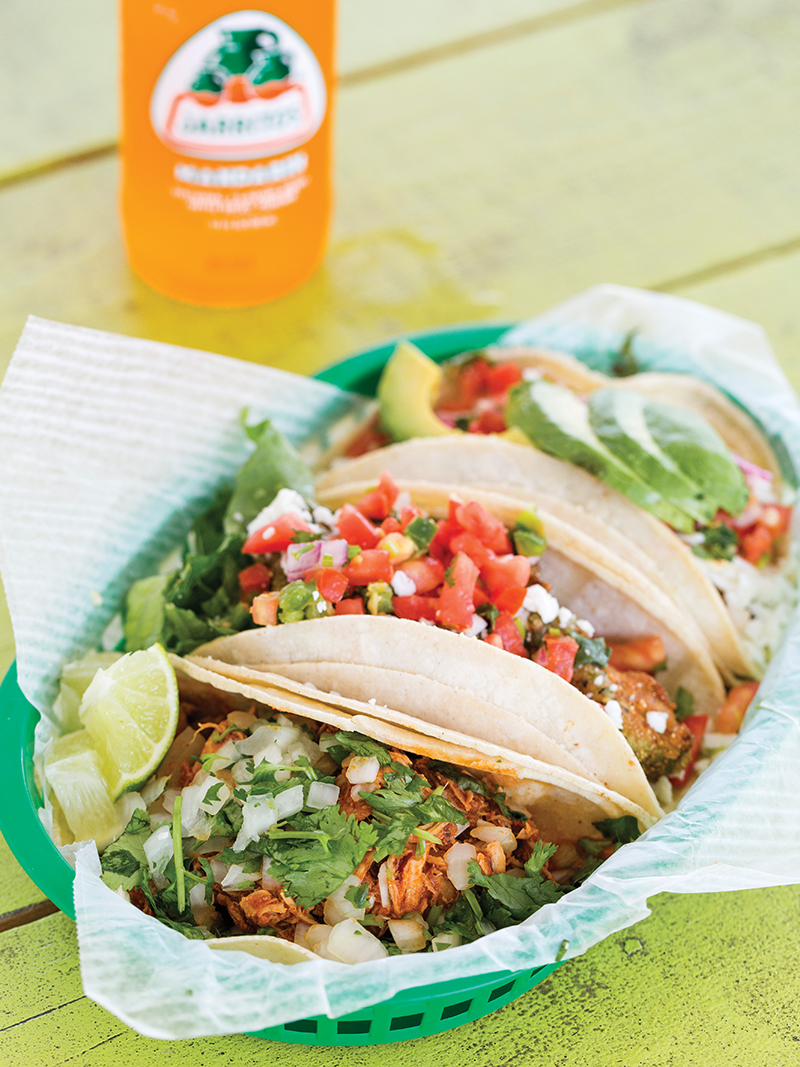 As excited as we are to have these new additions to the landscape, the counter-service taco scene in OKC wouldn’t be what it is without the massive popularity of Big Truck. Recently celebrating its 7th birthday, its menu remains full of favorites such as beer-can chicken or flautas, as well as unexpected pleasures: I tried the Crispy ’Cado mostly on a lark, but its little breaded and fried nuggets of avocado are insanely good. It might have become my new favorite on the spot if not for the surprisingly succulent thin-sliced beef tongue in the Flaming Lips, or the tangy pineapple relish that tops the Fried Shrimp. And they, too, do killer breakfasts. I wish the space were a little bigger, and the parking a little more ample, but those being my primary complaints is a pretty strong recommendation.

While they’re all definitely worth a try (or several), these three are merely the tip of a tasty iceberg of possibilities; from southside stalwarts like Tacoville to the steals on wheels of Taqueria Mr. Dolar and its food truck brethren. Next time you’re feeling a little peckish, grab a handful of something delicious near you and raise a tortilla to El Generalissimo del Taco … whomever he might have been.

Congratulations to Fuzzy’s Taco Shop for (a) being delicious, especially the tempura fish tacos, and (b) recently opening its third OKC location, which is also its 100th nationwide. That’s a lot of queso.