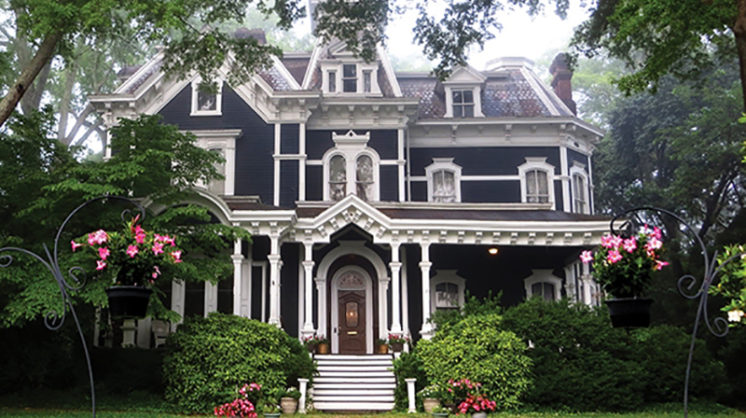 Atlanta, In The Northern Half Of The State, Is The Capital Of Georgia And Center Of A Lot Of Cultural And Entertainment Opportunities. What Many Fail To Recognize Is That It’s Surrounded By A Swarm Of Satellite Cities With Amazing Options Away From The Big City Traffic. Hard As It Was To Tear Myself Away From Any One Spot, I Recently Embarked On A Whirlwind Tour Of Some Of These Special Places And Their Highlights.

First came a flying stop in Sandy Springs on the northeast side of Atlanta where we met mom and daughter team Laura and Susan Stachler, owners of Susansnaps. After losing one relative to cancer, Susan and her dad were also diagnosed. They went through chemo together. Laura knew that ginger eases nausea and increases appetite in cancer patients, so she began baking gingersnaps for the pair.

Other patients, friends and neighbors loved the cookies and it quickly grew into a full-time business. Today they sell five flavors of gourmet gingersnaps in their Sandy Springs store and online – to the tune of 10,000 a day. Loved the story … and the gingersnaps!

Laura Stachler and her daughter Susan celebrate Susan’s recovery from cancer in their boutique bakery, Susansnaps.

With a good south wind, Roswell is spitting distance up the road from Sandy Springs. There’s a wealth of history here – from Bulloch Hall, the home of Theodore Roosevelt’s mother, to the ruins of Roswell Mills, primary purveyor of all sorts of cloth goods for the Confederacy.

The mill was burned during Sherman’s “March to the Sea” and the workers, mostly women and children, were charged with treason, arrested and transported north. Eventually released, they had no resources with which to live or make their way home. Their story is one of many we heard on the Roswell Ghost Tour.

On a happier note, shopping is great in Roswell with a number of art galleries. We visited an exciting gallery with eclectic selections – Raiford Gallery. Jewelry, paintings, furniture, glass, even beautiful, hand-crafted wooden fly-rod cases – many interesting choices – no doubt the reason the gallery has won multiple awards as one of the “Top 100 Retailers of American Craft.”

At Home in Rome

This area was first home to the Cherokees, and remnants of the Cherokee era remain at Chieftains Museum. Once the plantation home of Major Ridge, leader of a faction of Cherokees and a signer of the Treaty of New Echota, Chieftains Museum is certified by the National Park Service as a designated site on the Trail of Tears.

Mound A, as tall as a six-story building, is the largest of the mounds at the Etowah site.

The town, officially founded in 1834, is notable for its beautiful architecture. One of the most impressive old homes is the 1882 Victorian Gothic Claremont House, now a B&B. With 14-foot ceilings, 14-inch crown molding, 14 different types of hardwoods in the flooring and woodwork and beautiful period furniture, I easily channeled my inner Queen Victoria.

Unlike Her Majesty, my breakfast was not served in my elevated baroque bed but in the elegant dining room. Breakfast consisted of an omelet with onion, mushrooms, spinach, garlic, Cheddar and goat cheeses along with fresh fruit, bacon and seven-spice potatoes, juice and coffee. Queen Victoria should have been so lucky.

A Fistful of Surprises

Scattered to the east and southeast of Rome are some do-not-miss attractions that provide different kinds of pleasures. For history buffs, the Etowah Indian Mounds State Historic Site is to the southeast. Part of the Mississippian Culture – like our Spiro Mounds – the 54-acre site was home to several thousand Native Americans from approximately 1000 A.D. to 1550. There are six mounds and an excellent small museum. The explanatory material and artifacts for excavations make the site come to life for visitors.

From primitive to palatial is just a short drive north and west to Barnsley Resort. The original property was purchased in 1840 by Godfrey Barnsley, an English emigrant who became wealthy in the cotton trade. He began building a grand Italianate mansion with elaborate gardens for his wife, but unfortunately she died before its completion. Through war and weather, family members occupied the house for a century. It was then auctioned off and the property fell into ruin.

Remains of the grand manor house can be seen from the formal gardens at Barnsley Resort.

Like Cinderella, this neglected beauty was saved by a prince – Prince Hubertus Fugger of Bavaria. Today the gardens are restored and the remnants of the grand mansion stand as a skeletal salute to the past. Accommodations comprise rooms, suites and private cottages in a 19th century village-type setting. Attractions include an 18-hole Fazio-designed golf course, clay tennis courts, saltwater pool, a spa, fishing lake, fly and casting instruction and much more. Words could never do this resort justice. Any time is a good time to visit, but, with over 200 varieties of roses in the gardens, bloom time is spectacular.

To the east of Barnsley Resort is the town of Cartersville, population: 20,000. This minor burg is home to the world-class Booth Western Art Museum, the second largest art museum in the state. In addition to multiple galleries of paintings and sculpture, there is also a Presidential Gallery with one-page letters and signatures of every U.S. president, and a Civil War Gallery.

The Presidential Gallery at the Booth Western Art Museum has original documents and signatures of all the U.S. presidents from Washington to Obama.

To the south, in Acworth, came another surprise. I was skeptical when I was told we were eating at Henry’s Louisiana Grill. Really? In Georgia? Oh, my, food here is to die for – probably from a heart attack – but you’ll die happy. I had one of chef/owner Henry Chandler’s signature dishes, Louisiana Ooh La La: shrimp, oysters and crawfish, flash fried and tossed with tasso, spinach and roasted garlic in Henry’s Cajun Cream Sauce and served over angel hair pasta. This dish was featured on ABC’s “Nightline” – I certainly found it newsworthy!

Our mad dash around the metro ended in Marietta at the Hilton Atlanta/Marietta Hotel & Conference Center, a great property with lots of amenities. Marietta, like everyplace else we went, deserved an article all on its own. I thought it appropriate to pay homage to the spirit of the state with a visit to the “Gone with the Wind” Museum. Full of movie memorabilia and info on author Margaret Mitchell and her book, the museum also has a great selection of gifts. You can even buy your own GWTW costumes here.

Seeing so many wonderful places in such a short time was extremely frustrating. I hope there’ll be more trips to Georgia. To quote Scarlett, “After all, tomorrow is another day.”