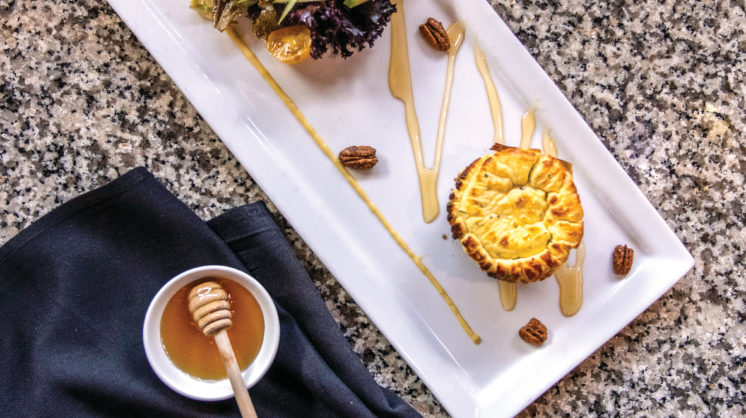 After finishing his commitment to the Armée de Terre (French Army), Alain Buthion came to Oklahoma three times to visit his brother. Michel Buthion had met some OU students who were in France as part of an exchange program at the university in Grenoble, came to Oklahoma to visit them during a cross-country trip … and never left. The third time Alain visited, he stayed, too.

As the chef-partner of La Baguette Bistro, Alain Buthion has been one of the primary drivers of French cuisine in central Oklahoma, both at the restaurant and in the small store adjacent, where customers purchase pastries, packaged foods and cheese, for decades. He has also started his own consulting business, Sunset Cuisine, to help people organize their home kitchens.

The Grenoble native is the youngest son of a butcher and the grandson of restaurateurs. “I guess it’s in my blood,” Buthion says. “But I didn’t like the killing part; it was rough, so I apprenticed at a friend’s restaurant when I was a teenager. Even now, when I have a large piece of beef in the restaurant that needs to be portioned, it reminds me of my father. He was a good cook, too, and the Beef Bourguignon recipe we use at the restaurant is the one he cooked when I was growing up.”

At 14, Buthion attended Le Clos d’Or, a prestigious hotel/restaurant school in Grenoble that was the largest school of its kind in Europe at the time. Afterward, he worked at the restaurant of family friend Christian Blusset, to whom Buthion still refers as a mentor. “I still talk to him regularly about cooking,” he says. “He quit the restaurant business, but he has opened a little deli in the south of France similar to the one we have at La Baguette now.” 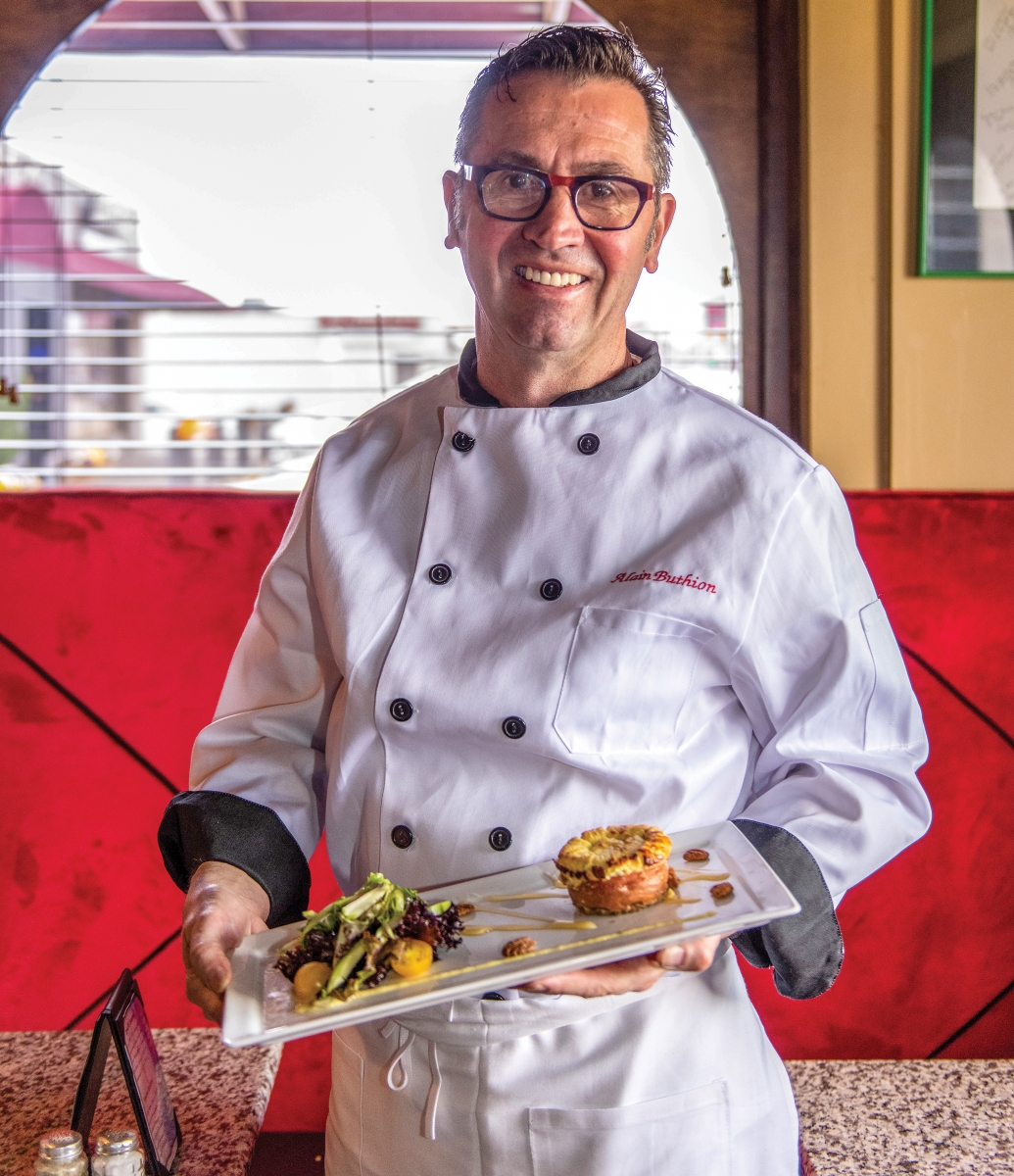 In addition to the Beef Bourguignon, Buthion’s family mostly ate regional French cuisine, including local fish, chicken liver soufflé, quenelle au gratin and meats from the butchery. Many of those dishes are on the menu at La Baguette in one form or another, and fish is still Buthion’s favorite ingredient.

“Fish is a challenge,” he says. “It has no mercy; it is sensitive. And I love it with sauce; the sauce is important.”

Given that La Baguette has an excellent burger on the menu, it’s surprising that Buthion doesn’t like hamburgers – really doesn’t like them. “I’m scared of hamburgers,” he says. “I’ve only eaten two hamburgers at La Baguette since we started offering them, and they are very good; all tenderloin trimmings with no fat added. But I don’t eat hamburgers, and I don’t really like ground meat.”

While answering questions for this piece, Buthion said he realized he’s been cooking for 42 years, and 30-plus of those have been in OKC. He’s also trained dozens of chefs in the La Baguette kitchen. Still, he said he’s still learning and still loving cooking. Away from the kitchen, he gardens and spends free time – what little he has with the expanded store and consulting business – with his family.

For his recipe, Buthion said he chose the Goat Cheese Cake with Prosciutto and Local Honey because it’s a light, flavorful dish for summer, and home cooks can easily substitute ingredients. Experiment and enjoy.

In 8 ramequins (around 6 oz. volume each) brush with olive oil, add the powder of bread pecan mix and pack bottom

4 thin slices of prosciutto cut in in two (long way)

Line the inside of the ramequin with one slice of prosciutto

Mix together for 5 minutes

Fill up the ramequin with the goat cheese mixture

Serve warm and top with honey

In the same order in blender.

And use as needed.