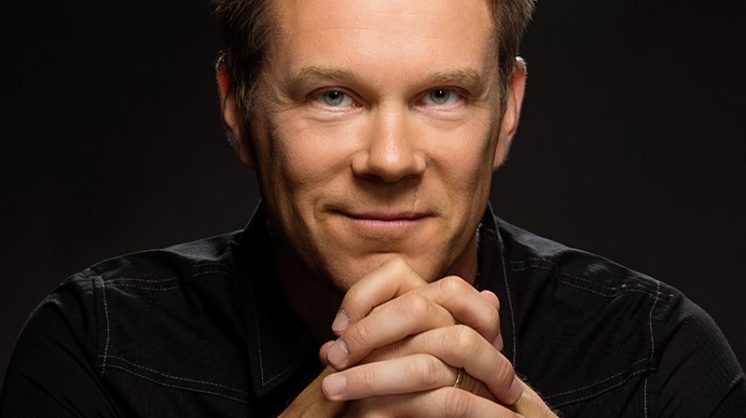 The man set to step into Joel Levine’s shoes will be making his stage debut as the OKC Philharmonic’s music director designate – eight months after his appointment was announced.

Alexander Mickelthwate promises music ranging from fire to ice in his first concert of three remaining this season, set for Jan. 13.

“Finally, it’s here: my first concert week as music director designate with the Oklahoma City Philharmonic. So excited,” he says.

The 47-year-old, originally from Germany, is laying down roots in the city with his wife Abigail and two boys Jack and Jacob, but still has to travel between OKC and his job as music director of Canada’s Winnipeg Symphony Orchestra, where he’s completing his farewell season.

He has spent the last 12 years with the Canadian orchestra helping to raise its budget and ticket sales along with raising classical music’s profile, particularly for youngsters.

When Joel Levine steps down in May after 29 seasons as music director, Mickelthwate plans to build upon the maestro’s legacy, while exploring new musical interpretations.

When asked how he would put his own mark on the well-established orchestra, he says, “I do intend to take the music in a new direction. I believe that although most of those classical works we are going to perform were written a long time ago, the miraculous thing about music is that it comes to life again by touching people immediately – right there and then.

“My, our, job on the stage is to be completely in the moment, and to recreate the music as if it were written in that moment. Each performance is making the music current and completely new again.”

Oklahoma native and internationally renowned cellist Joshua Roman will be joining Mickelthwate for his first appearance. Mickelthwate expects, “music ranging from fire to ice – Ginastera’s hot, hot, hot rhythms and tunes in his ballet score of Estancia to Sibelius’ Symphony No. 2 reflecting a landscape from harsh and icy to glowing warm romantic. And sandwiched in between, 'a little' Haydn, where pure joy will be bouncing from the stage, performed by Oklahoma’s own international star Joshua Roman.”

More information on the show can be found here.