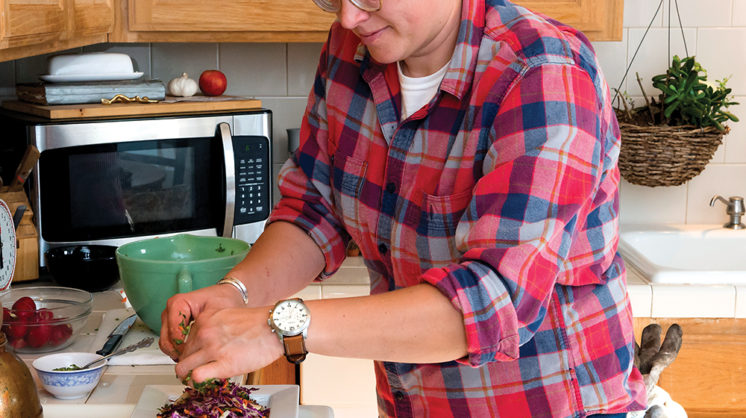 Amie Gehlert, chef de cuisine at Barrios Fine Mexican Dishes, grew up on an 83-acre farm outside Belle, Missouri, a small town about 100 miles west of St. Louis. There was a huge garden, as well as chickens, cows, hogs and horses. The family was close, and food was central to their gatherings – especially blackberry cobbler.

“We picked wild blackberries in the summertime to sell in town for $8 a gallon,” Gehlert says. “Whatever we made, we could use for fair money. I rarely made much, since I would eat all the ones I picked! After picking, we would go to Grannie’s house and make fresh cobbler with homemade ice cream. The sweet-yet-tart flavor with the flaky, sweet crust would melt in your mouth. I can taste and smell it now.”

Baking cobbler with her grandmother is the first memory of cooking Gehlert has, and while other kids were playing in a nearby creek, she wanted to be in the kitchen.

Gehlert got a job at Pauline’s Supper Club in Ponca City when she was 16. She started her first shift as a busser, and then everything changed.

“The chef quit in the middle of the rush,” she says, “and the owner asked if I knew how to cook. I said yes, and it was history after that.”

She went on to pursue formal training at Le Cordon Bleu in Minneapolis-St. Paul after deciding that she wanted to make a career of cooking. She said she thought long and hard about what she wanted to do for a living, and because she loved cooking and seemed never to tire of it, she chose the culinary world. She describes her style at work as “light and clean,” but says she adds a comfort food twist. She is still her grandmother’s protégé in that respect.

“I love to cook just about anything, and I still attempt to make any dish I can remember my grandmother cooking,” she says.

While her favorite comfort food is breakfast, especially fried eggs, for her recipe this month, she chose a dish she added to Barrios’ menu when she started there in August. 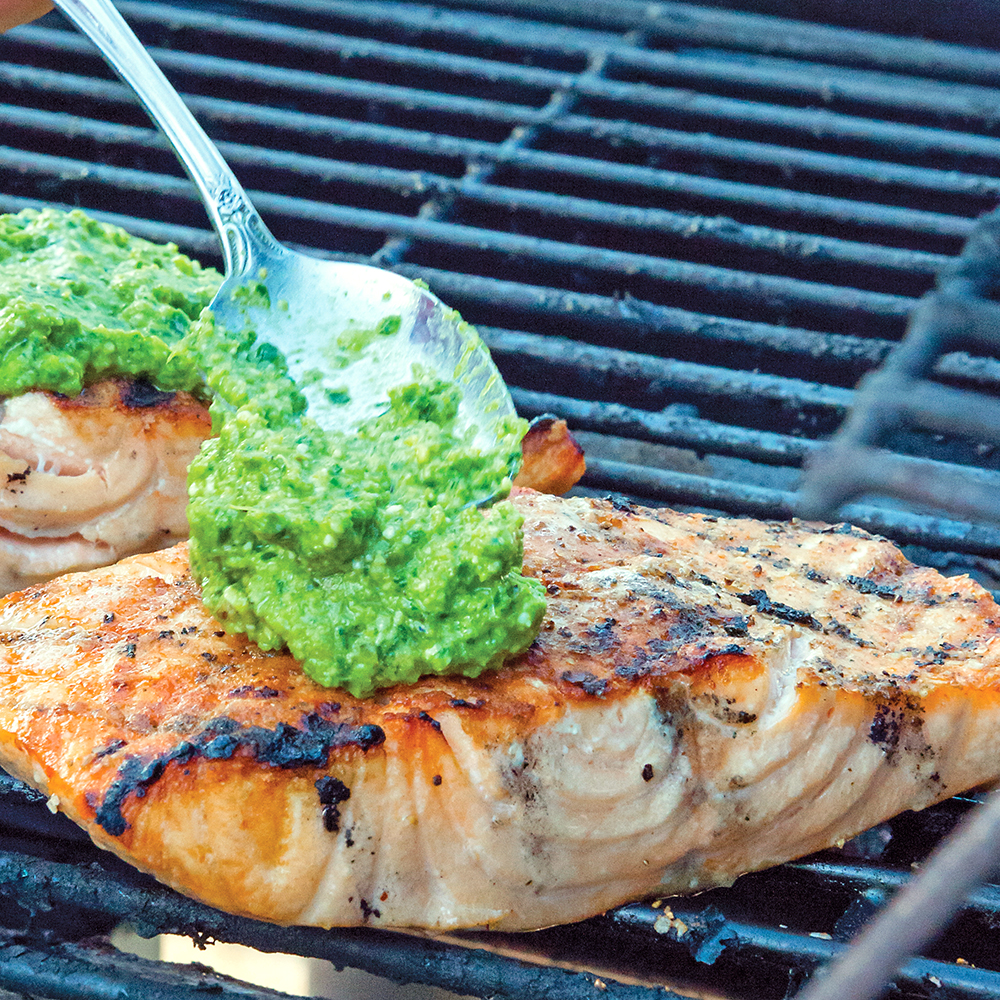 After grilling salmon to personal taste, and ensuring it hits an internal temp of 145 degrees, prepare the following:

Measure the amount of quinoa you would like, then double that for water. For example, to make 2 cups of quinoa, boil 4 cups of water and season with salt. (You can also use any type of stock if you prefer.)

Cook until the liquid is absorbed, about 10-15 minutes over medium heat.

Serve immediately or cool and store for later use. 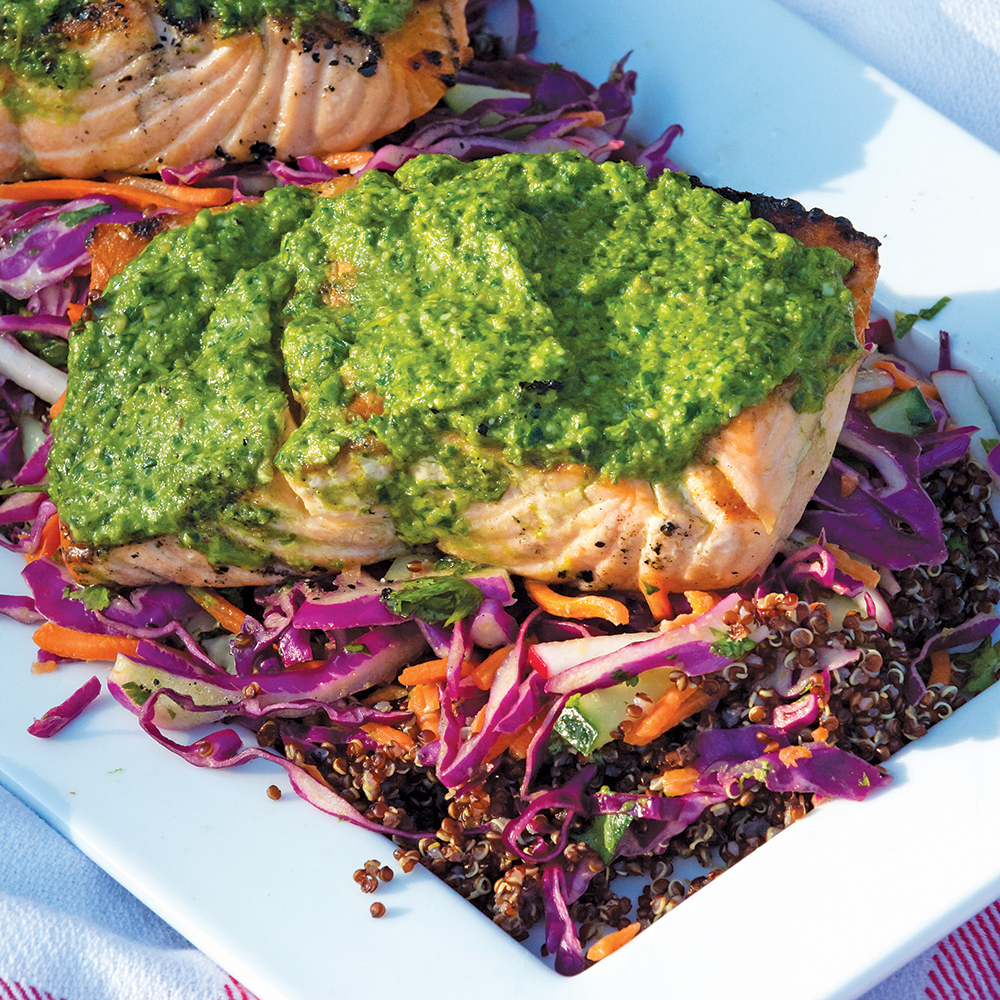 Slice the cucumbers, radishes and carrots, and then julienne.

Toss all ingredients together and dress with 1/4-1/2 cup of Serrano Vinaigrette according to preference.

Add first six ingredients to a blender and puree until smooth.

Top 1/2 cup of quinoa on a plate with 1/2 cup of dressed slaw, salmon and 2 tablespoons of pesto smeared on top.