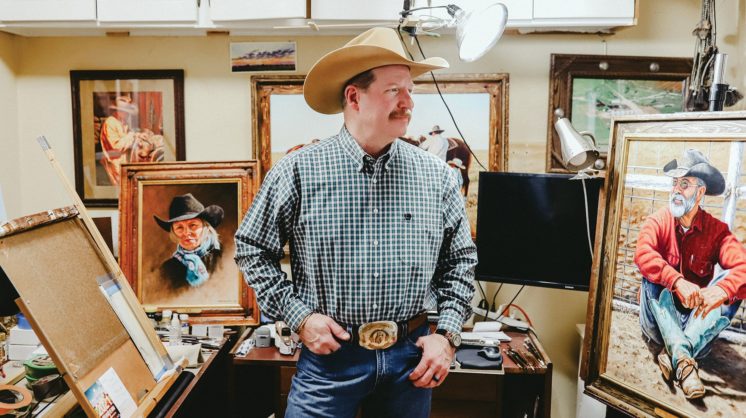 Steve Boaldin, 59, sits at the bar of his Edmond home to eat in the silence only an early dawn can provide, his mind elsewhere. He looks across the kitchen at a blank canvas inside a cluttered backroom lined with portraits of Western life. Though the canvas appears blank to others, to Boaldin, it’s inspiration yet unpainted.

Boaldin is a cowboy and western artist, painting photorealistic art of the lives of ranchers and cowboys. His art is featured on his PBS show, “Art of a Cowboy,” in which he travels across the country interviewing real ranchers and cowboys, gaining inspiration for paintings he presents on the show. 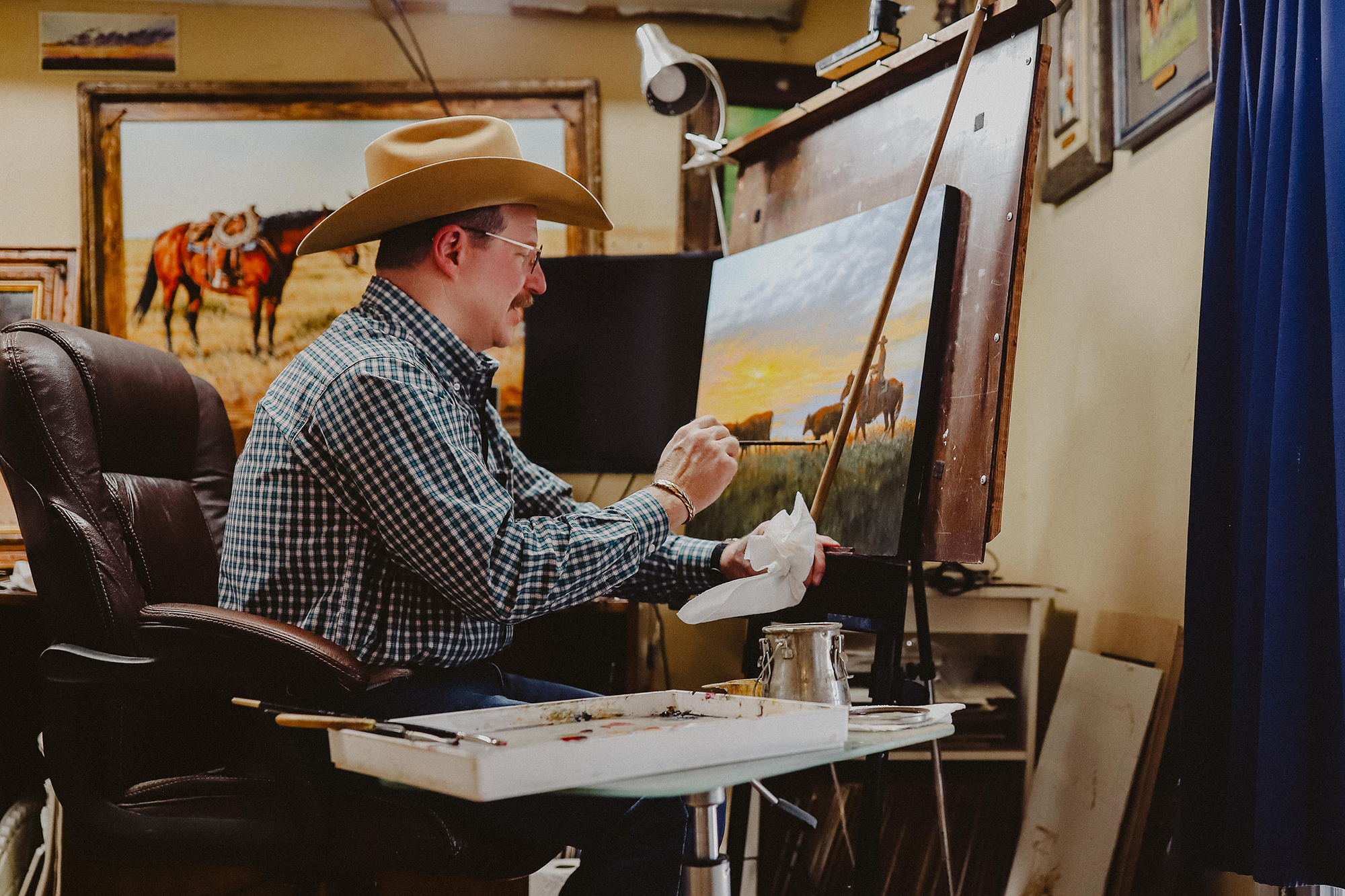 As a child in Elkhart, Kansas, helping with everything from tending to livestock to riding bulls and broncos on the family ranch, Boaldin’s interest in art was a natural hobby.

“I started drawing because I felt the need to draw everything I saw as a kid in grade school,” Boaldin says. “Really, it was all because of my grandmother. She realized I liked doing that, so she bought me my first paint set and some Walter Foster books when I was very young. She could see a desire and, hopefully, a gift.” 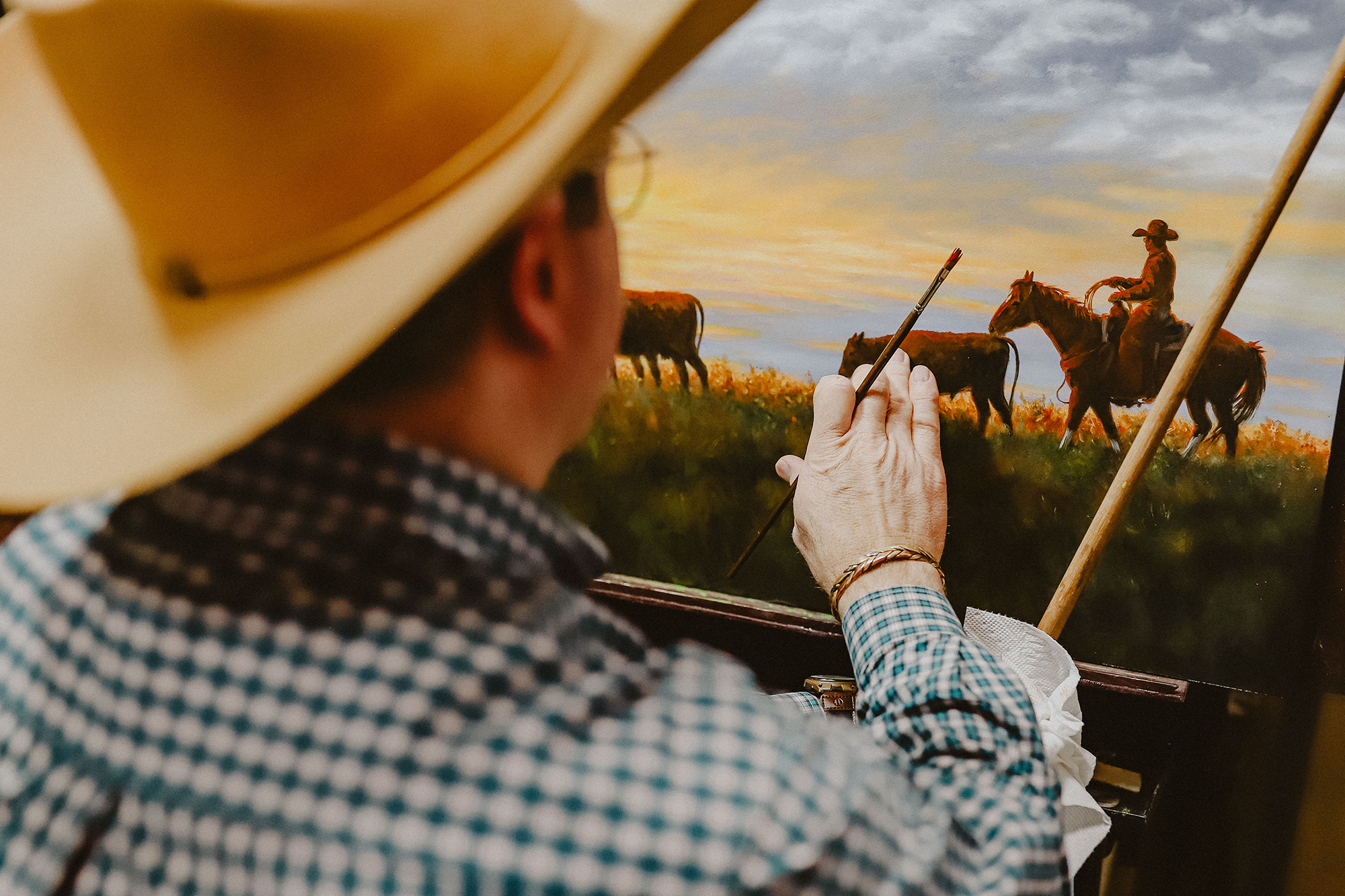 Boaldin admits that while he appreciated the paint set, he didn’t know how to use the tools inside. He drew primarily with pencil – a practice he still uses when preparing to paint a piece – until he was 18, when he was introduced to his future mentor.

“A few people from my hometown found this traveling art teacher named Dord Fitz that traveled across the panhandle in Texas,” Boaldin says. George “Dord” Edward Fitz was a world-renowned artist, teacher and art gallery owner. “When the people told him about me, he asked how old I was. He told them, ‘He’s not going to be serious about anything at that age.’” 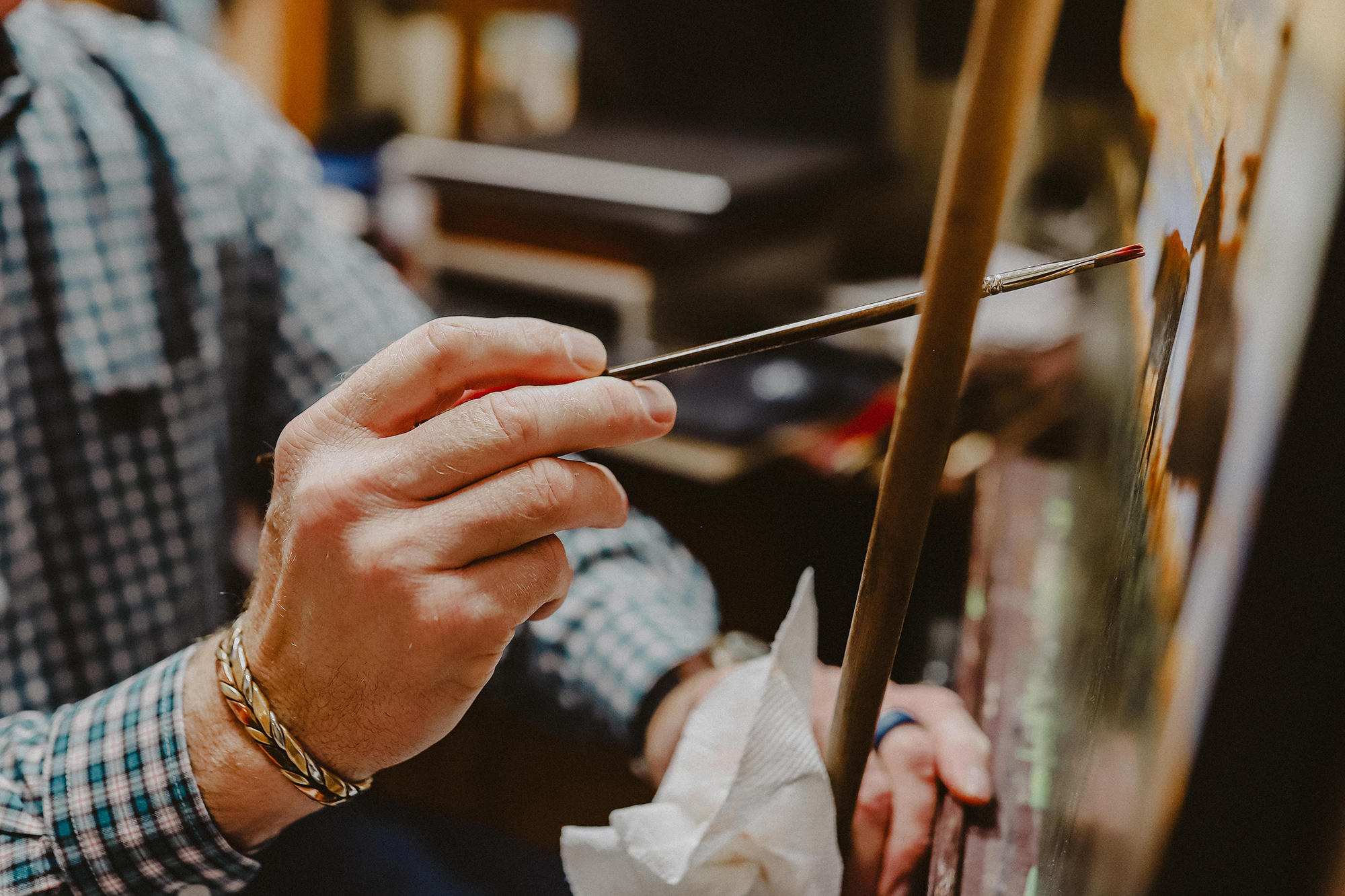 Boaldin traveled to Amarillo, Texas, every Thursday for two years to learn how to paint under Fitz, then in his 70s. Fitz taught morning and evening classes, offering Boaldin the night course for free, as well as dinner. Boaldin created three paintings under Fitz’s tutelage, one of which was sold to a buyer. To Boaldin, this was “inspiring; to see a check written for me by someone who felt it was worth investing in.”

Boaldin continued painting and settled into a routine with his new family at age 19, but life in Elkhart was proving difficult. Between not selling paintings for much profit and having work that didn’t pay enough, Boaldin made a decision. 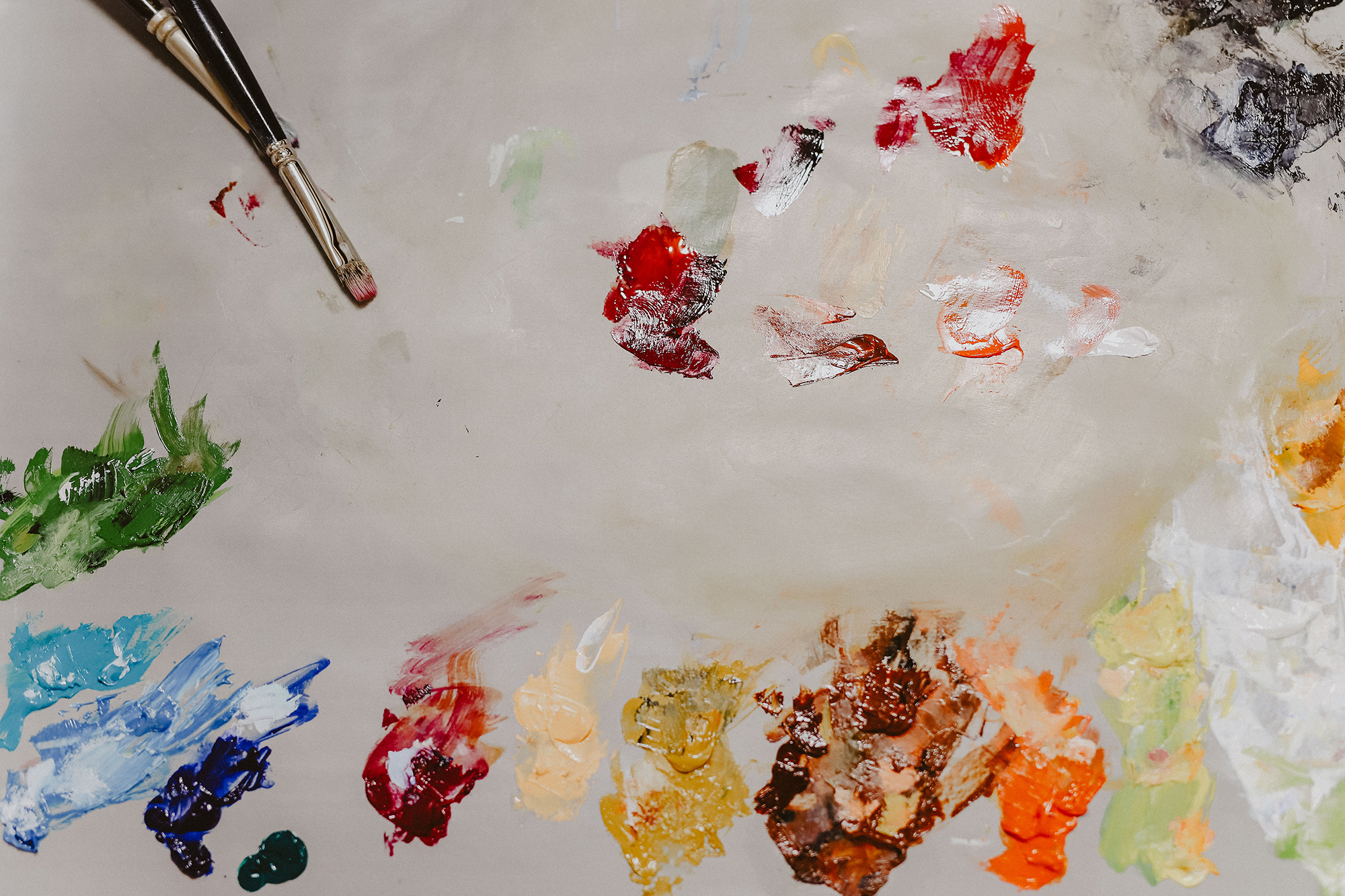 “I knew, if I was going to make it as an artist, I was going to have to get out of this small town,” he says. “Thankfully, my wife had the great idea to move to Oklahoma City and learn how to become a commercial artist through a one-year production art program at Platt College.”

Upon graduating in 1987, he took up illustrative work at places like the Edmond Sun newspaper, Village Cartoons and The Oklahoman, still selling Western art on the side. Within the first six months of his overall 28-year tenure at The Oklahoman, he was hired into the editorial art department to produce graphic art and illustrations for the paper. 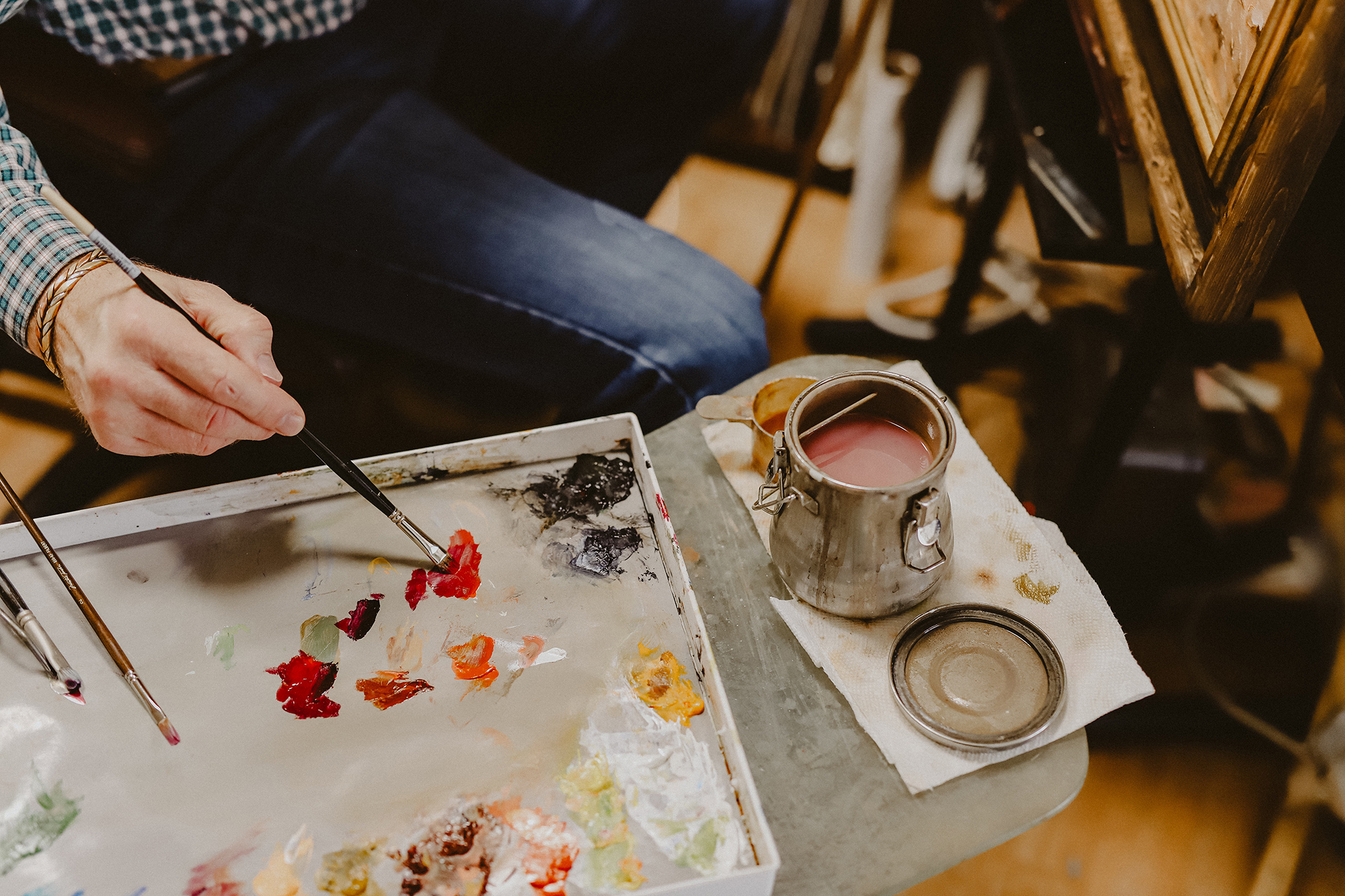 In 2016, The Oklahoman implemented rolling layoffs, catching Boaldin in its wake. It was a move that would put his artwork on a new and profitable course.

A month after being laid off, he held three gallery showings. The Edmond Dean Lively Gallery was one that chose to focus exclusively on Boaldin’s work. Among the visitors was an artist with a publicist, Saraa Kami, who visited with Boaldin’s wife one evening to set up a meeting. 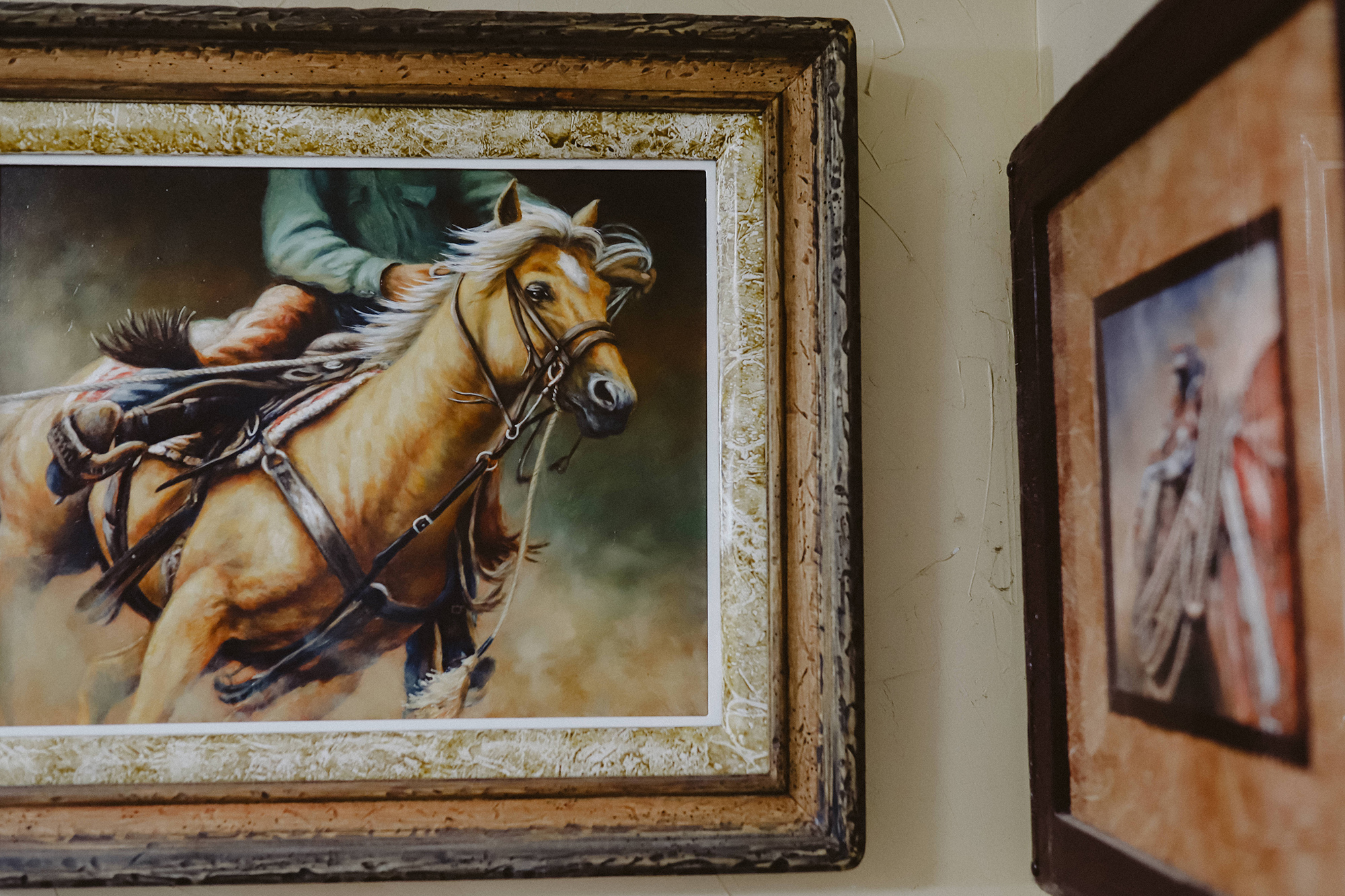 “We met at Starbucks, not knowing what a publicist even did,” Boaldin laughs. “She asked me what I wanted to do. I told her that I want to travel to different ranches and get more material for my painting. She stopped and said, ‘My God, Steve, that’s a TV show.’”

By the end of that day, the show had a sponsor – a friend of Boaldin’s who agreed to fund the first episode. Five days later, Boaldin was facing a camera crew filming in front of his childhood ranch, a span of days he refers to as “surreal in the best way.”

“My family were the only ones I could call on short notice and have them be my guinea pigs,” he says. “We went there, shot the show, made a two-minute trailer, and presented it to OETA. They loved it and wanted an episode by September – in two months.”

The show, “Art of a Cowboy,” shot 11 episodes in various places across the country, airing 10 episodes in 42 states with the Public Broadcasting System, as well as broadcasting through Create TV in all 50 states. 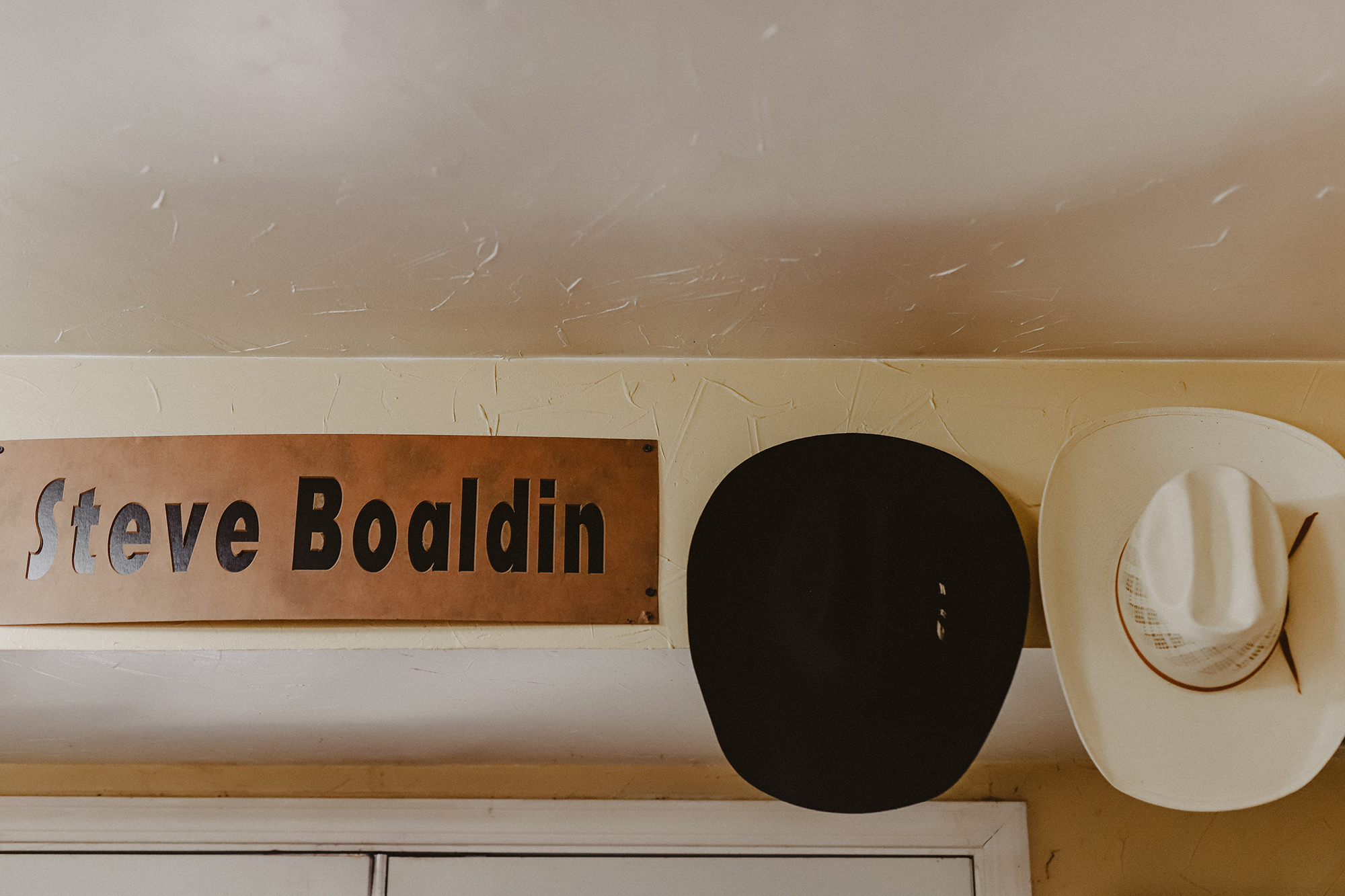 As Boaldin’s art spread across the national art circuit through his television show and regular gallery exhibitions, others began to take note.

Reian Williams, a traveling artist from Edmond and Edmond Fine Arts Institute educator, discovered Boaldin’s work in an Arizona gallery. Williams called the executive director for the Edmond FAI, Shannon Price, and asked her to meet with him.

“From his personality to his engagement, I could tell he was going to be as great of a teacher as he is an artist,” Price says. “He’s not just an artist or a cowboy and Western painter, he’s a storyteller.”

Boaldin began offering recurring classes at the Institute, teaching all experience levels. “If you don’t think you can paint, visit Steve and he’ll show you how,” Price says.

This month, the “Art of a Cowboy” production team will begin shooting a full-length film at the family ranch in Elkhart, as well as at the Drummond Ranch in Pawhuska.  The work will be featured on a streaming service and will cover Boaldin’s art and influences.

“My mission in this is not only to show art, but to be educational and show the agricultural industry to the world,” Boaldin says. “We want to keep things so real. If you … show the real people in this industry, they’re not about anything fake. They’re all about getting their story out there and showing what it takes to overcome the struggles and make ranching life work.”