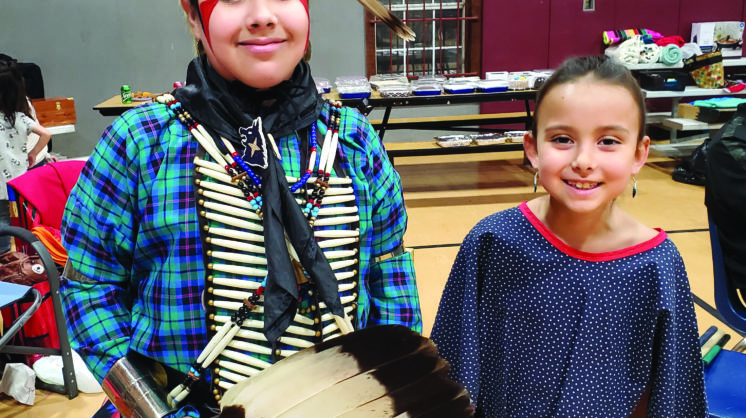 Georgia Adeline U. Harjo, 14, is a seventh grader at the groundbreaking Sovereign Community School in Oklahoma City. Part of the Seminole, Choctaw, Muskogee and Cheyenne tribes, Harjo is an artist and aspiring writer with a penchant for mystery and adventure.

The school’s nature trails, indigenous language lessons, daily burning of cedar or sage as Native medicine, round dances and a mural depicting indigenous history are ways of immersing students in an “indigenized” learning environment, Harjo said. 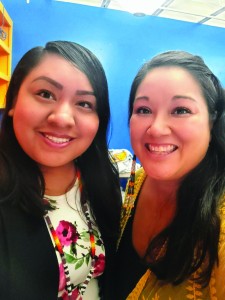 “We really just do things we used to do in the old ways,” Harjo says. “They try to include as much as they can so we feel like we can identify with what we are, instead of just being forgotten or forgetting.”

Founded in 2019 by advocates and professionals from a multitude of tribes, Sovereign Community School aims to provide an indigenized education to children — regardless of heritage — by closely collaborating with the community and cultivating curricula rooted in indigenous perspectives and culture. 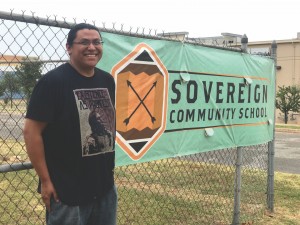 “Every single aspect of the school is based in what our community wants for its kids,” says Kate Sultuska, Sovereign school board president and Oklahoma City public school teacher. In traditional public schooling, Native students are often among populations with low graduation rates, Sultuska said, but added that since the school’s creation, more than 70 percent of students have met or exceeded their academic goals. “It’s just been remarkable for our students to have Native teachers in the classroom and content that they can relate to. It’s really helping,” she says.

Sovereign’s first year has not been without challenges. In addition to the traditional obstacles for any start-up charter school, such as fundraising and securing a location, the COVID-19 pandemic swept the nation during the spring semester, forcing the school to move to a virtual setting.

“Our teachers made it work,” says Harjo. The school provided the students with technological resources to ensure their ability to participate in distance learning. The Auntie Project, a charity organization run by indigenous women, helped the school organize a food drive, and school leadership sent a survey to parents and families to evaluate the community’s needs. But the pandemic rocked an already challenging fundraising effort and left some worrisome gaps. 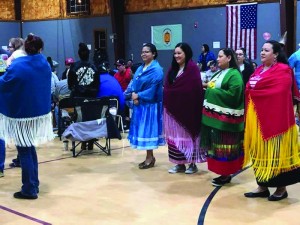 Helping to fill those gaps is Santa Fe South, a charter high school dedicated to meeting the needs of students from underserved communities. In addition to financial support, Santa Fe South has provided mentorship and encouragement for Sovereign, Sultuska said.

Despite a trying first year, Harjo says she’s excited for the upcoming semester. The school has already seen rapid growth in enrollment and general interest. While some policies are being discussed and adapted, such as rotating classes or mask mandates, the focus on culture and community remains nonnegotiable. “(They give) us the chance to connect with ourselves and our identities and culture,” Harjo says, “and it has definitely worked.”