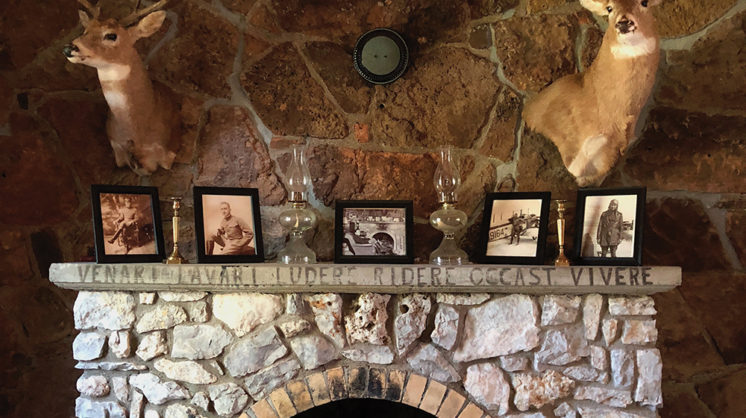 John Joseph Mathews was born in 1894 and died in 1979 in Pawhuska, capital of the Osage Nation. In between, he grew into an Oklahoman amalgam of Ernest Hemingway and Henry David Thoreau. His early years of adventure and international derring-do evolved into a more reflective style, birthed in the solitude of his stone cabin on the tall grass prairie, which became his Walden Pond. But before that, his education was a matter of some dispute.

THE CLAIM: John Joseph Mathews earned an undergraduate degree in geology from the University of Oklahoma and was offered – but declined – a Rhodes Scholarship.

The Rhodes Scholarship, the world’s first international study program, was established by Oxford University alumnus Cecil Rhodes’ estate upon his death in 1902. His hope: to encourage understanding and scholarship among outstanding young men from British colonies past and present, in the hope friendship across borders would “render war impossible.”

Published reports ranging from academic journals and literary anthologies to the Osage Nation newspaper declare Mathews was either a Rhodes Scholar or a winner who turned the scholarship down because – depending on who’s telling the story – he either deemed the award too restrictive, or opted to pay his own way and leave open a spot for a scholar of lesser financial means.

In Twenty Thousand Mornings: An Autobiography – published by University of Oklahoma Press in 2011, more than three decades after his death – Mathews notes he was intrigued by Oxford and was encouraged to apply for the Rhodes by early recipient Walter Stanley Campbell, a fellow World War I vet. Campbell became an OU English professor who wrote of the Old West under the name of Stanley Vestal.

Mathews enthusiastically began completing the scholarship application before deciding his inconsistent grades might embarrass his sponsor Campbell. But the dream of attending Oxford burned bright. Mathews had an idea: Why not apply for admission, using Campbell as a reference, but then offer to pay his own way? The school agreed, approving him for entry in Fall 1920.

In 1972, Mathews acknowledged in an interview, cited by biographer Michael Snyder, that despite all evidence to the contrary, people continued to insist he had won the Rhodes Scholarship. “Finally I just stopped saying I wasn’t a Rhodes Scholar,” he said. “I just let it go. I didn’t correct.”

Between the publication of Mathews’ first and second books, another fated boy entered the world to claim the same hometown. Like Mathews, he was born in Pawhuska to a European-American mother and part-Osage father. His name: Carter Revard. He would become a poet and, like Mathews, go on to join Oklahoma’s pantheon of writers – but not before, in 1952, winning a Rhodes Scholarship. 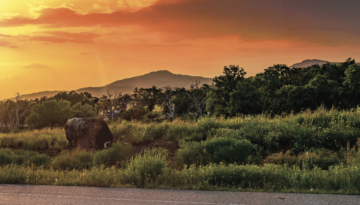