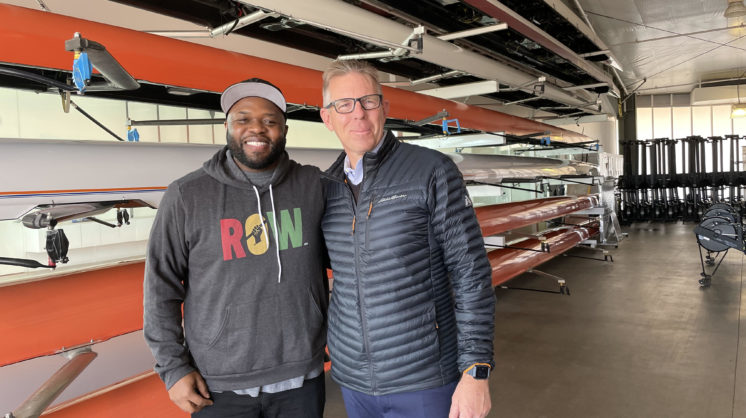 Author and member of one of the first all-Black rowing teams in the nation Arshay Cooper recently visited Oklahoma to inspire students to form rowing teams of their own. In the Chesapeake Boathouse, Cooper spent time teaching Oklahoma middle school students how to use the ergonomic rowing machines. “Shoulders down, arms level!” He gently instructed one fourteen-year-old girl. “You got to start with the erg before you get out on the water.” Every student present was avid to show Arshay they could use the machines correctly. Cooper’s very presence inspired their hard work, interest, and determination.

While the middle school students study the boats and run out to the river, Arshay Cooper acknowledges the barriers to the sport: “Some of these kids don’t know how to swim. They need swimming lessons. Some of them will need transportation to and from practice. Many of them will need scholarships to help pay for uniforms. Their parents and communities will have to be introduced to a new sport, a new idea, that they have never considered before. But these obstacles can and should be overcome. The lessons learned from rowing teach teamwork, work ethic, leadership, and success.”

In the late 1990s, when Arshay Cooper was attending Manley High School on Chicago’s notorious West Side, the school was approached by Coach Ken Alpert about starting a rowing team. Alpert had to bribe the students with pizza to get them to attend the first meeting. At that time, Manley High School was the most violent high school in Chicago. Cooper recounts, “They didn’t ask what college you were going to go to; they asked what gang you were going to join.”

The students who joined the team belonged to different neighborhoods and several had different gang affiliations. All of them had seen children shot in front of their homes or the school. Statistics said that one out of every three young men would die before the age of eighteen. Cooper says, however, that the rowing team formed the students into a brotherhood that surpassed the bond of the gangs.

“The most special thing about being on the water together was not being around the noise. The noise on the West Side Chicago is police sirens, gunshots, people screaming, people getting jumped. There was something about the water that gave us a peace that we had never felt before. We needed that. That first time on the water, I fell in love with the sport of rowing.” 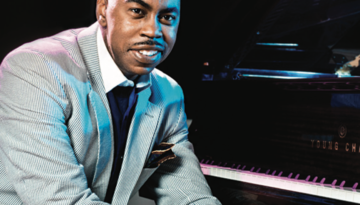 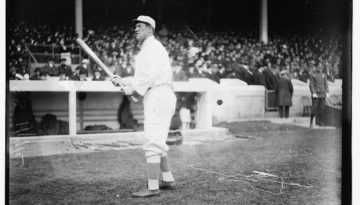