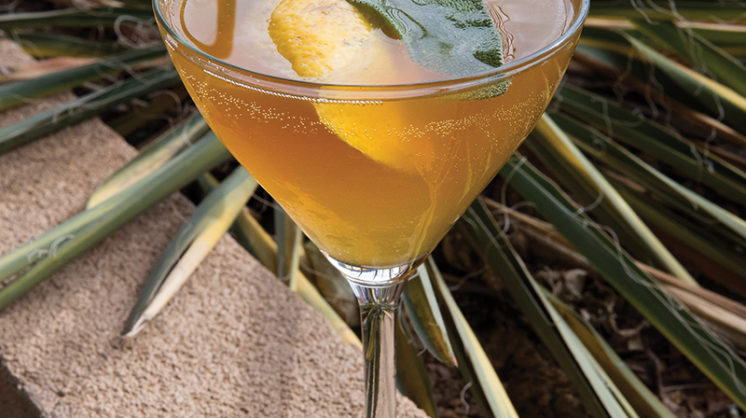 Just about a century ago, in the shadow of World War I, a Parisian hotel bar began dishing up a cocktail featuring champagne and gin.

The delicious combination’s noteworthy kick led customers (especially soldiers on leave) to name it the 75, after the potent 75mm field artillery piece that was one of their army’s mainstays at the front lines. It became known internationally – you can still order a French 75 at bars around the globe – but since you’re here in OKC, try a local spin on this classic that maintains the power while bringing the flavor a tad closer to home.

The Cherokee 75 pours champagne over Prairie organic gin and fresh-squeezed lemon juice, augmented by a secret ingredient: a not-so-simple syrup infused with sorghum and sage.

It gives the resulting drink a unique earthy sweetness, and since it’s made in-house you won’t find this beverage anywhere but the Power House, where it has pride of place atop the cocktail menu.

Whether outside on the patio (sure, it’s February, but unexpected temperatures are also part of Oklahoma’s flavor) or within the cozy Farmer’s Market hangout, next time you have something to celebrate, find Roy and ask him to load up a Cherokee 75 for you.