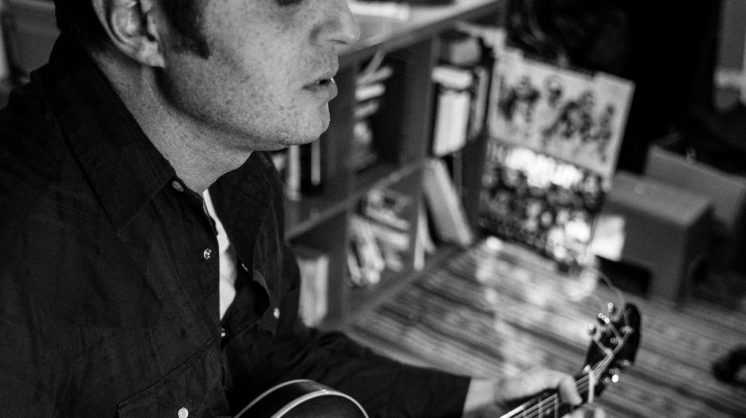 Beau Jennings and The Tigers will be performing their new-ish single “No One Can Destroy a Song” at the COOP Showcase at Tower Theatre on Dec. 6.

Jennings – a native of Inola, Oklahoma – won the Woody Guthrie songwriting award for the song in 2017, and Clerestory AV released a live version as a 7-inch single in November this year.

"I was invited to play some music at a benefit for Standing Rock back in 2016, and that was sort of the impetus for writing the song," Jennings says. "We later played it live at the Woody Guthrie Folk Festival in 2017."

Jennings moved to Norman to attend OU for an architectural engineering degree after high school, but his first love has always been always art.

“My dad instilled a practical sense in me, and if it hadn’t been for his influence, I’d have chosen an art degree,” he says.

Jennings began playing music his freshman year of college after a friend loaned him a guitar. His fascination with Johnny Cash made the task a little easier, as many of Cash’s songs are fairly simple to learn. His first band was named Cru Jones, after a character in a BMX movie, and Jennings describes the band as “basically emo.”

In 2003, after Cru Jones fell apart, Jennings formed Cheyenne with the intention of exercising enough creative control that he wouldn’t have to endure another band breakup. Life took the members to New York City, and over the next few years, roughly 20 people would play in various capacities as members of Cheyenne, including musicians who now work with Broncho and Ester Drang.

The band made two albums, but Jennings’ focus turned to doing his own thing in 2006. That’s when he began working on his independent film The Verdigris: In Search of Will Rogers, which eventually premiered at deadCENTER in 2015. He made an album under his own name in 2008, and in 2011, he moved back to Norman, where an invitation to play the Okie Noodling Festival led to the formation of his current band, The Tigers.

In addition to the single’s release, Jennings and The Tigers will be releasing an album in spring 2019. He’s not ready to announce a title yet, but he’s working with Scott Johnson at Stowaway Recording. Jennings said he’s also got some ideas “marinating” about future film projects, saying he loves the “hyperfocus that comes from a large project.”

The COOP Showcase at Tower Theatre, 425 NW 23rd in OKC, will also feature Jennings’ friends Doug Burr, a Texas singer-songwriter, and the Stillwater-Austin band Lord Buffalo. Doors open at 7 p.m. Dec. 6, and the show starts at 8 p.m. Tickets are $10, and the show is 21 and over only. No one can destroy a song, but you can help celebrate this one on a night of great regional music.