Behind the Scenes of Oklahoma TV Series "Reservation Dogs" - 405 Magazine 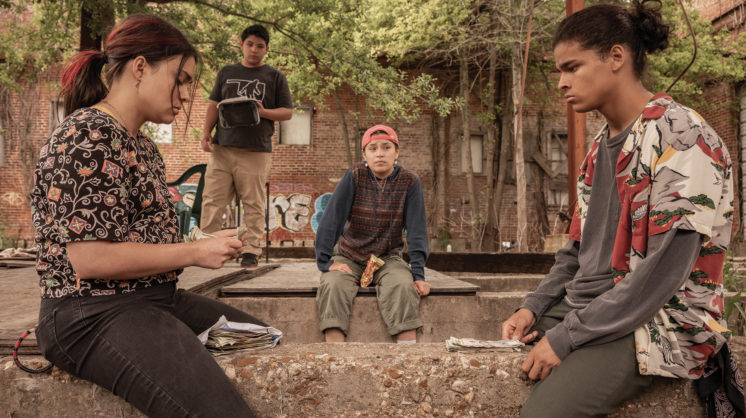 Oklahoma is rich in native culture, and now, all Oklahomans have a fresh TV show to be excited about. “Reservation Dogs” is FX’s comedy series that follows four Native American teenagers navigating complex realities as they devise schemes to rob, steal, and save their way to escaping their eastern Oklahoma reservation and finding a new life in California.

The show’s writers address many complexities Native Americans regularly face—and in fact, even as “Reservation Dogs” has amassed widespread popularity, it may not be apparent to the show’s non-Native viewers that several genuinely important subjects are veiled in comedic relief. Many Native Americans contend with issues surrounding health, poverty, and violence. The show has given Indigenous people a much needed and well-deserved platform to bring their culture, life, and comedy to the world.

“Reservation Dogs” also has ties to Oklahoma beyond hypothetical settings and storylines. Filming takes place on location in areas around the state, including Inola, Beggs, Sand Springs, Okmulgee, and Tulsa, adding to the sense of realism.

Co-creator, director, and executive producer Sterlin Harjo was born in Holdenville, Oklahoma. A citizen of the Seminole and Muscogee Creek Nations, Harjo’s characters are based on himself and the people he knew growing up.

Lane Factor, born in Midwest City, takes on the role of “Cheese.” He is the show’s youngest cast member and a member of the Seminole and Caddo Nations. “The show motivates youth to take pride in their culture,” Factor said. “I want Native people to see they are being accurately portrayed on TV for once, to be proud, and for this to help open the doors for Native and Indigenous talent.”

Born and raised in Oklahoma City, brothers Lil Mike & Funnybone assume the roles of Mose and Mekko. Both are proud citizens of the Pawnee and Choctaw Nations, recording artists, entertainers, and motivational speakers. To them, the show addresses important issues that include both following your dreams and suicide, which are central themes for the brothers on stage and in their music.

The show has received AFI’s Television Program of the Year Award, and it was recently nominated for a Golden Globe Award for Best Television Series. “Reservation Dogs” has been renewed for its second season, which premieres in 2022. Stream it on Hulu – FX Networks.