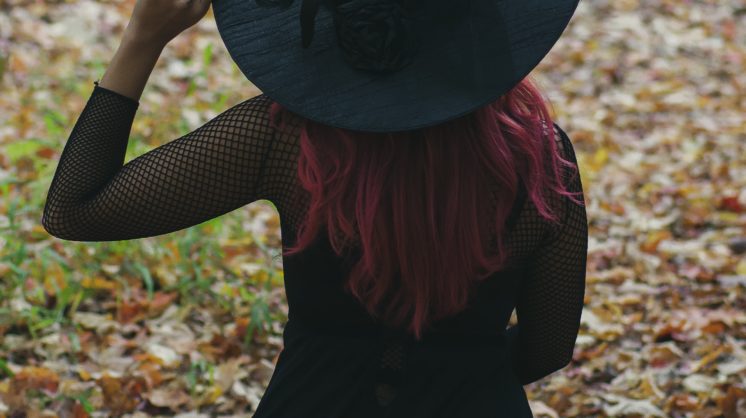 Stumped on what spooky attire to wear for Halloween? Don’t be scared! We polled some of OKC’s costume shops to see what’s trending and what will make you the Boo of the Ball.

Tigers and witches, oh my!

Halloween isn’t a child-exclusive holiday. Oftentimes, it’s the adult’s excuse to play dress up. Top-selling costumes for adults range from the timely to the timeless, including – you guessed it – Joe Exotic. With the right plaid shirt, mustache and multi-colored mullet, anyone can be crowned the Tiger King for an evening.

The other top-selling costume is as synonymous with the holiday as the witching hour itself – the tried and true witch costume with bent hat, ratty broomstick and shiver-inducing cackle. With this costume, you can cast a spell on any and all Halloween festivities.

The best costumes have a way of capturing the creative spirit while attempting to stand out from your typical goblins, ghosts and ghouls. In fact, one of the bestselling ideas for teenagers involves inflatable costumes capable of turning any trick-or-treater into a fantastical being, such as an 8-foot Tyrannosaurus Rex, a sumo wrestler and much more.

Teenagers also are going for Disney/Pixar’s “Toy Story” series. They can choose from a wide array of characters including Jessie and Woody, Buzz Lightyear and Emperor Zurg, and Little Bo-Peep and all her sheep in tow.

Meme culture is the language of millennials and Gen Z; but adorable translates across generations.

For festive gamers, costumes from the popular online video game “Fortnite” depict some fan favorite characters –including Astro-Jack, Peely and Raven – are some of the best outfits for those wanting to make their game a reality, OKC costumers say.  When it comes to babies and younger children, costumes involving baby dinosaurs and sharks are selling well while making for cute Instagram posts.

Be sure to link your costumes to our Instagram page at @405mag for a chance to be featured on our feed.