Black Mesa: The Good Nothing - 405 Magazine 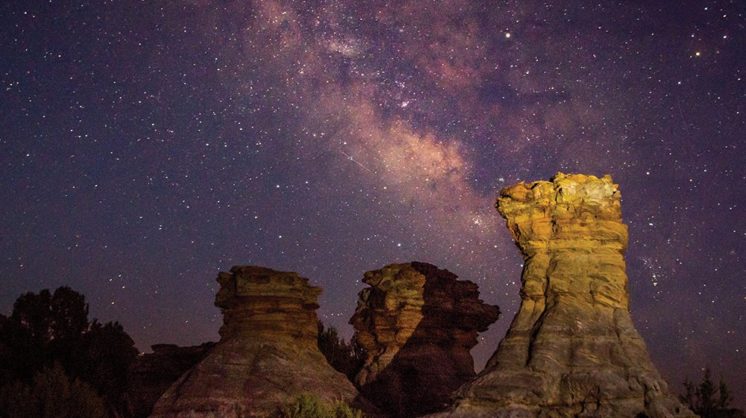 “Make sure you bring everything you need,” says Vicki, who along with her husband, Monty Joe, owns the Black Mesa Bed and Breakfast located in the northwest corner of the Oklahoma panhandle. “Water, snacks, medicine … if you don’t bring it, you won’t have it.” After a punctuated silence, finally I say, “OK …” feeling suddenly less “intrepid Oklahoma adventurer” and more “pale kid being told to put on sunscreen.”

“There’s nothing out here,” she says. According to the internet, Black Mesa State Park and Preserve is on the fringe of the town Kenton, so when Vicki says the last stop for snacks and gas is the town of Boise City, 36 miles before the park’s entrance, I simply say “I understand.”

The next day, with an evening of hiking and a night of stargazing ahead, I pass two service stations in the “last stop” town Boise City. I’m hungry, but more excited to arrive, so I press onward despite her warning. I’m sure there will be something in the town of Kenton, even if it’s just a dried-out taquito spinning behind a sneeze guard or a depressing bag of Fritos from a dusty filling station.

Thirty-six miles later, the world turns from the endless flat plains of the panhandle to the unexpected lush green buttes, small cacti and otherworldly rocky spires of Black Mesa. It is at once inviting and foreboding; the kind of place that at a distance appears almost pastoral in its beauty, but as you get closer, reveals an unexpected ruggedness that requires respect.

I am officially hungry when I pull up to the little farmhouse that is the Black Mesa Bed and Breakfast. The charming home sits on a once-working cattle ranch and includes a ground-level, double-occupancy room, a second-story suite that sleeps eight, a bunkhouse with two separate rooms that sleep four each and an upper room that may sleep two, and the Sunrise Cabin that sleeps four. Vicki greets me as though she’s known me my whole life. I like her instantly. When I tell her I thought I’d run to Kenton and grab something to eat before taking off on a small hike, she, like the Mesa, goes from inviting to foreboding concern: “You didn’t bring anything to eat?” I shake my head, feeling curiously ashamed. “I told you there’s nothing out here,” she says empathetically. “Next meal’s breakfast tomorrow.”

“What about Kenton?” I protest, thinking about heat lamps and dizzy taquitos.

“There’s nothing out here.” 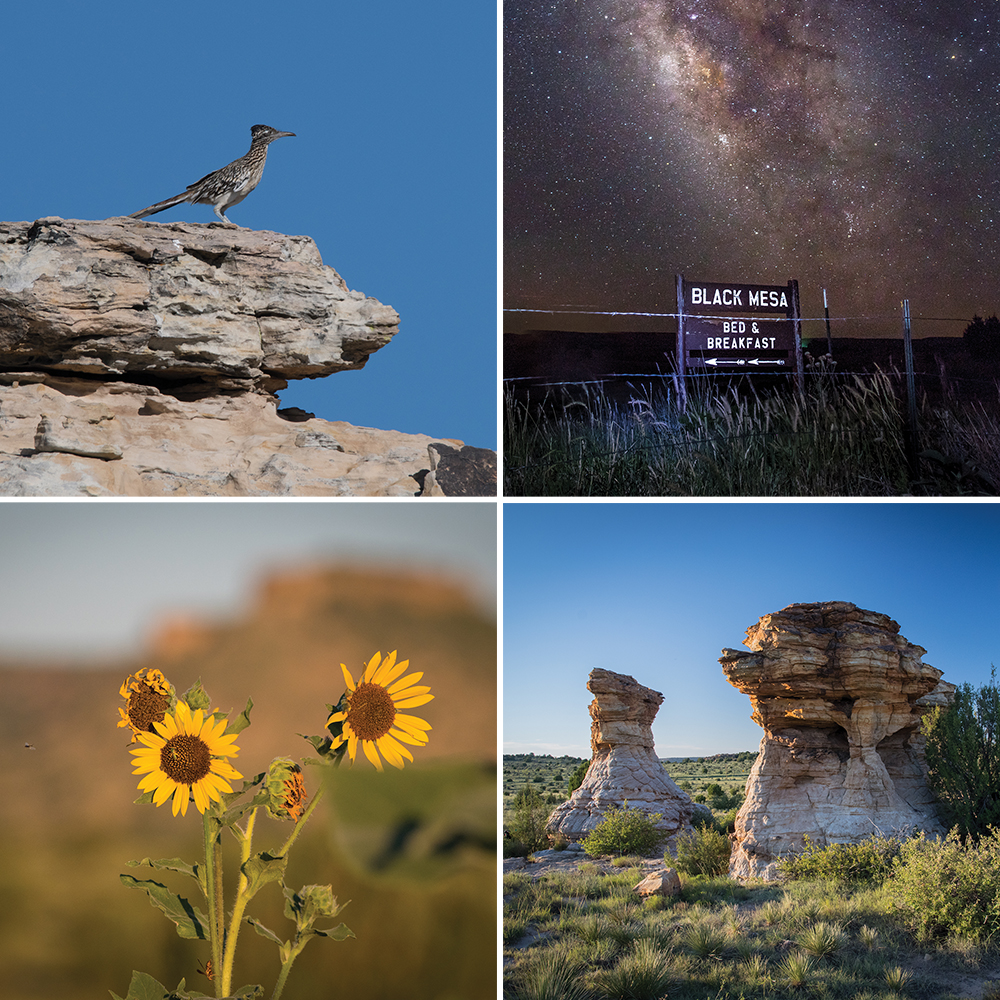 An hour and a half later, after adding another 72 miles onto my Subaru with a trip back to Boise City, I pull back into Black Mesa. Henceforth, I will take Vicki’s word as fact. I ask her what there is to do. “You can come out here and you can just chill. You can just relax. You can renew your strength. You can just calm down. Smell the roses. Meet with God,” replies Vicki.

There is Black Mesa State Park, as well as the Black Mesa Preserve, which is managed by the park but located several miles away. The Preserve is home to the actual Mesa, the highest point in the state of Oklahoma. The Black Mesa Summit hike is the most popular draw to the park, an 8.5-mile trek taking roughly four hours into Oklahoma, Colorado and New Mexico. For those interested in visiting three states at once but not in that long a hike, there is a marker where the three states merge.

The state park also features a hike through a petrified forest, and because it’s located where the plains meet the Rockies, it boasts unrivaled opportunities to see diverse wildlife ranging from bobcats and coyotes to very rare sightings of black bears and mountain lions.

What perhaps makes the park most beautiful though, the night sky. Because the nearest town is 36 miles away, Black Mesa boasts some of the country’s darkest skies accessible to the public – truly a stargazer’s paradise. When the moon isn’t out, the Milky Way explodes overhead and millions of stars stretch from horizon to horizon.

As I take in the night sky, I think back to what Vicki said on the phone, that at first sounded foreboding if not bothersome to an ignorant, hungry traveler: “There is nothing out here.” In some ways, she was right: There is nothing out here. But as I consider the stars and the owls and the coyotes whose calls fill the night, I can’t help but think about what she said later. “You can just calm down. Smell the roses. Meet with God.” As I absorb the calm, I understand what she’s talking about. A meeting with God indeed.