Bohol Beauty in the Philippines - 405 Magazine 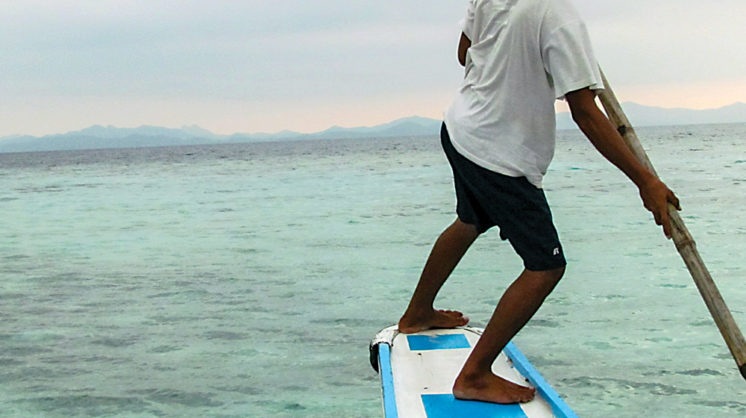 After an hour and a half flight from Manila, my plane touches down in Tagbilaran City on Bohol Island. Bohol, which means “rolling hillside,” is part of the Visayas island chain in the Philippines, located southeast of Cebu Island. After checking into The Bohol Beach Club, a 20-minute car ride from Tagbilaran City, I take a walk along the white sand beach.

The island of Bohol is one of the most beautiful in the Philippines – but beyond simply relaxing, there are four main attractions that bring people to the verdant isle: the dream-like Chocolate Hills, the mysterious tarsier monkey, a Loboc River cruise and, perhaps the highlight, the unparalleled diving offshore. My stay is short, so I set off immediately.

If you’ve ever wondered what it would feel like to be dropped into a cartoon, then visit Bohol’s Chocolate Hills, an expanse of 20 square miles boasting more than a thousand conical, Hershey’s Kiss-shaped mounds made of limestone and covered in emerald green grass, rising hundreds of feet from the earth. Their peculiar shapes and vibrant shades of green against an electric blue tropical sky keep us feeling very much like a character in the world of Super Mario Brothers, until we reach the top of the viewing platform on the range’s highest hill. If looking at them from the ground is awe-inspiring, to overlook the thousands of limestone hills is simply arresting.

People see monkeys all over the world, but nowhere else is there a monkey as unique or as adorable as the tarsier. With its wide eyes and knobby fingers, it’s cute enough to melt the coldest of hearts. Finding one in the wild is next to impossible, but there’s a sanctuary in Bohol where you can experience these little creatures in their natural setting.

A visit to the Bohol Tarsier Sanctuary takes only a short amount of time, but is well worth it. The staff feeds them at the sanctuary, so they feel safe, but if the little creatures choose to return to their native jungle, they can. It doesn’t take long for my guide to spot one – the monkey is the size of a fist, and half of it is eyes! So large and reflective are they, I can see my reflection in its eyes staring back at me. Tarsiers can turn their heads nearly 360 degrees, which this one does before leaping with lightning quickness nearly 10 feet to another branch. I spend an hour watching these furry little alien creatures leaping from limb to limb before it is time to catch a late lunch on a Loboc River Cruise. 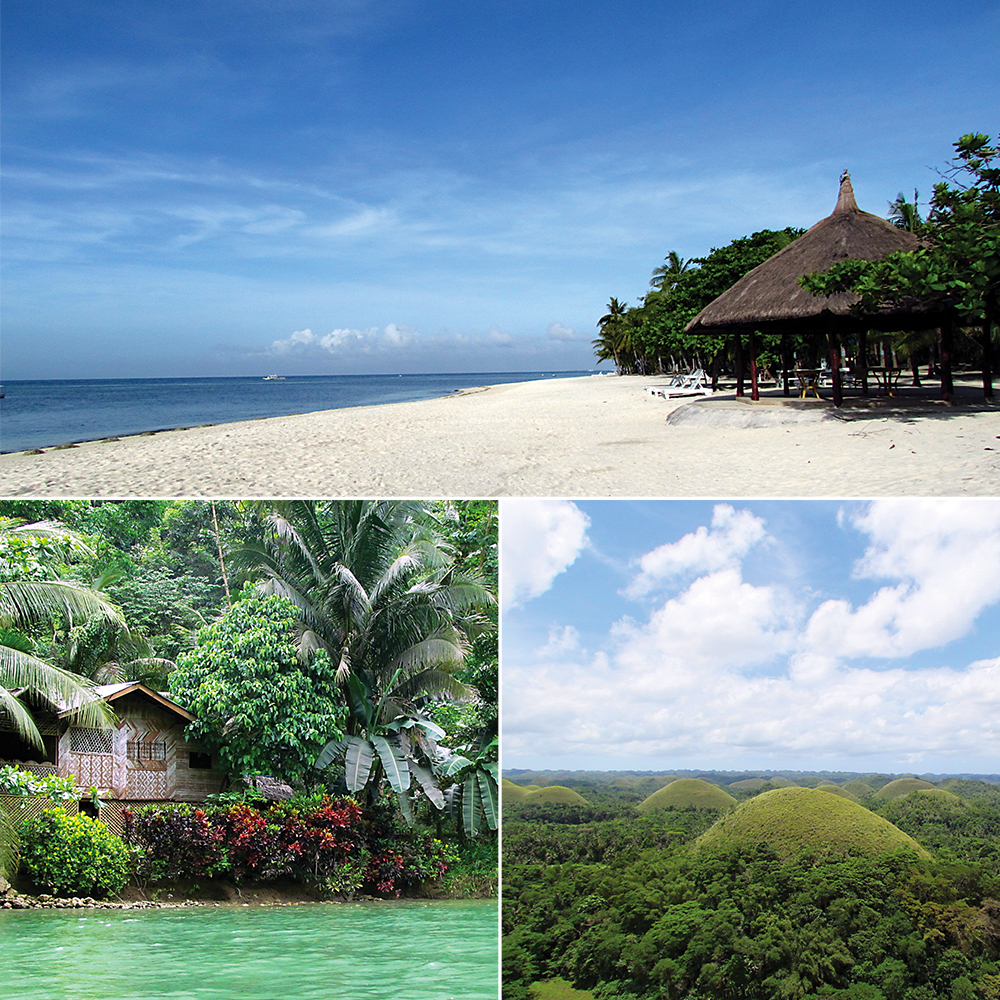 To really take in the lush Philippine jungle, a cruise on the Loboc River is a must. Located in the heart of Bohol, its emerald green water is – once again – otherworldly. The cruise sets off up the gentle river and as it does, so begins a beautiful lunch. The trip crescendos at a waterfall, where we jump into the warm river and play under the cascading water. At night, visitors can stand up paddle board or kayak; illumination is provided by tens of thousands of fireflies that emerge just after the sun sets.

Balicasag Island is a popular dive spot about a 45-minute boat ride from The Beach Club. Once there, we begin our dive … and it is exquisite. A school of jackfish greets us as we make our way along the edge of the beautiful reef. My guide points out grouper and an eel. We aren’t down long before two sea turtles make an appearance as we swim along a grassy spot on the sea floor. One turtle swims 10 feet above, the sun silhouetting his majestic carapace.

Suddenly, an elusive school of barracudas appears above us – perhaps a hundred total, each fish about five to six feet. Despite their vicious reputation and equally daunting physicality, the school of giant fish passing above me is serene beyond belief. They move slowly, without expression. I watch in awe. The turtle now swims beside me; perhaps he is as impressed with the barracuda as I am. I return to the Beach Club for the evening, wandering nearly two miles to a small village called Alona Beach. I enjoy a fresh seafood dinner looking across the water to Balicasag Island, the gentle waves rolling onto the sand just two or three feet from my table. Twinkle lights hang above me as a man on a bike tries to sell me ice cream. A cover band sings a bad version of Carly Simon. The sun finally sets, and as it does, I hire a driver on a motorcycle to give me a ride home in his sidecar. As we drive, he tells me about life – his father was a rice farmer, so he is, as well. As he continues to chat, I listen to the sounds of the jungle against the putter of his bike and the tales of the island. A perfect day in Bohol.