Building on a Retail Legend - 405 Magazine 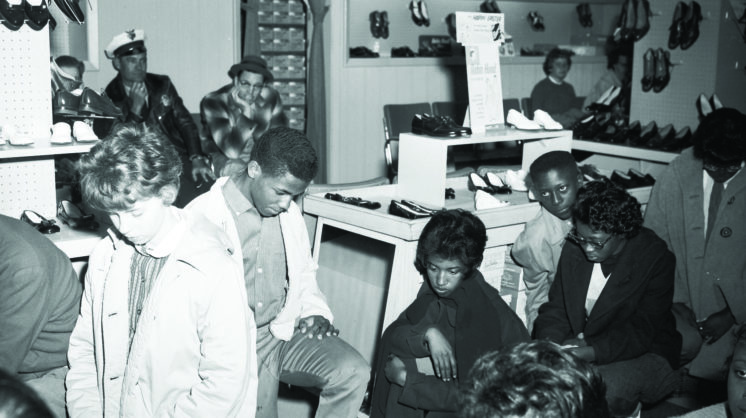 Oklahoma City’s John A. Brown department store, renowned for its customer service and the benevolence of founder John A. “Bert” Brown, opened in 1915 under the name Rorabaugh-Brown Company. But its growth and popularity was offset by challenges – most notably, the death of its founder and the company’s role in the Civil Rights movement in Oklahoma City.

Upon Bert Brown’s death in January 1940, his wife Della Brown, who had always played a supporting role, took over operations at John A. Brown Co. Making several shrewd business decisions early in her tenure, Brown cemented her position as one of the city’s most powerful businesswomen.

In 1958, Oklahoma City educator Clara Luper and the local youth chapter of the NAACP launched a series of lunch-counter sit-ins to protest Jim Crow laws that prevented their being served.

On Aug. 19, 1958, Luper and 13 Black youths entered Katz Drug in downtown Oklahoma City and sat at the lunch counter, waiting to be served. Within two days, management relented and served the children food and drink.

On Aug. 22, 1958, 35 Black children arrived at the department store a little after 11 a.m. and sat quietly at the luncheonette for more than six hours. They were never served. 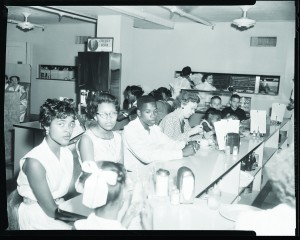 Protests and sit-ins continued for another two and a half years, when “a new group of protesters, predominantly white students and professors from the University of Oklahoma, began picketing the Brown’s College Corner store in Norman,” writes author Ajax Delvecki in his book John A. Brown’s, Kerr’s & Halliburton’s: Where Oklahoma City Loved to Shop. “Students from Oklahoma City University and area secondary schools performed a mock funeral with hearse and motorcade. They gave silent prayer vigils. Even actor Charlton Heston, fresh from the set of the epic El Cid and in town visiting his good friend Dr. L.J. West, took part in the demonstrations during Memorial Day weekend.”

Finally, in June 1961, Della Brown sent word that she wanted to meet with Clara Luper. Refusing at first, Luper relented and met with Brown the next week.

Luper detailed the visit in her biography Behold the Walls: “That day I was ready for Mrs. John A. Brown. All of the frustrations that had been building in me for the last four years were going to come out right in her white face,” Luper wrote.

“When the secretary opened the door, I walked into an office. I was overcome with history because that office was Mr. John A. Brown’s former office … My frustrations began to diminish and when Mrs. Brown opened the door, we both stood speechless before each other with tears in our eyes, we embraced each other as if we had been friends for years.”

After an hour of talking, Della Brown had made a decision.

“Clara, day in and day out, I have worried about this thing. I just don’t know how to deal with it. You see, Mr. Frank Wade has leased space in my store to operate the luncheonette and under his lease he has the sole right to run it in his own way,” Luper wrote of Della Brown. “Finally, she said, ‘Take this message back to the children. Segregation will end at John A. Brown’s.’ I was so proud of her. She admitted to me that the first time I was arrested, she called and offered to pay my bond. She never missed calling to see if I (was) all right.”

From then on, Della Brown and Clara Luper maintained a close relationship.

“She invited me to go to Europe with her. I turned it down because of other commitments and before she went into the hospital for the last time, she called me and told me she was going into the hospital under a different name and she probably would never see me again, but she wanted me to know that she appreciated what we had done for this city, a city she loved so well,” Luper wrote.