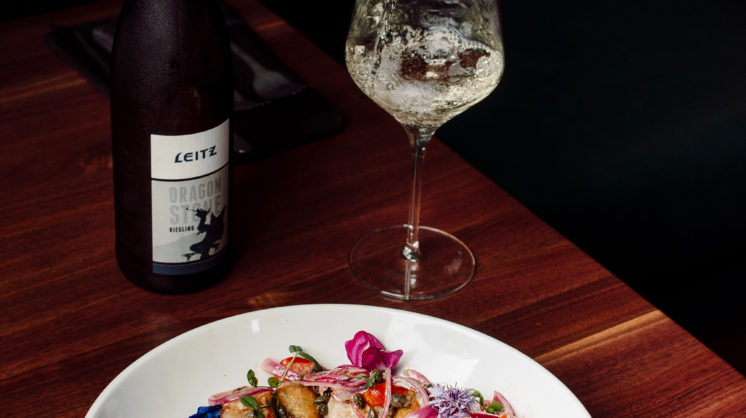 A childhood without a fish fry in Oklahoma is hard to imagine, and because many of our food traditions are Southern, fried catfish is frequently included on the list of childhood comfort foods for people who grew up here. (This is true in spite of the fact that bass and crappie taste much better.) Almost as common as a fish fry at the lake was a Friday night tradition of all-you-can-eat catfish at a grease-coated eatery, complete with hushpuppies, corn bread and anything else fit for a fryer.

While that narrative is woven throughout the childhoods of millions of Americans, it’s not just an American story. Catfish is a staple around the world. Chef Jeff Chanchaleune’s family is from Laos, and he remembers the fried catfish his mother used to make – steak-cut, marinated in oyster sauce, lemongrass and garlic overnight, then dredged in flour and fried the next day.

“Most of the catfish we eat in Laos is either steamed in banana leaves or added to seafood soup,” Chanchaleune says. “But we do fry it occasionally.”

At the new Goro (a combined Goro and Gun in the former Gun location), Chanchaleune features a Japanese specialty, catfish kara age, in a nod to his roots and to Oklahoma traditions. It’s marinated in creamy koji (an ingredient used to make miso and sake) and dredged in potato starch to fry. The effect is similar to tempura, but it’s lighter, and more of the beautiful fish flavor comes through.

J Mays grew up 8,500 miles from Laos in Waurika, Oklahoma. His great-grandfather started Bill’s Fish House in 1962, a catfish restaurant a slingshot’s distance from the Red River. His mother still runs the restaurant today, so catfish is in his blood. When he started The Hamilton, he wanted to lean into Okie-centric food, meaning the fish had to be on the menu.

“Chef (Michael) Paske and I sat down and talked about how a catfish dish could come together for an upscale experience like The Hamilton,” Mays says. “That’s where Okie Scallops came from.” 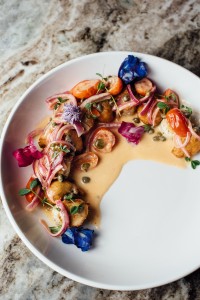 The dish is catfish pureed and then formed into “scallops.” No binding agent is required, because the puree process causes the fish to form glutens that hold the shape. Pieces of fish are alternated with hushpuppies, and then served with a piccata-style sauce featuring capers, onions, tomatoes, cream and a citrus beurre blanc. The marvel of the dish – besides being delicious – is that the “scallops” actually keep a flaky, fish-type texture.

“This is a pretty standard preparation for catfish,” Wilson says. “If the fish is cleaned properly, everyone is starting with the same product. From there, it’s about proper cooking and seasoning blend.” 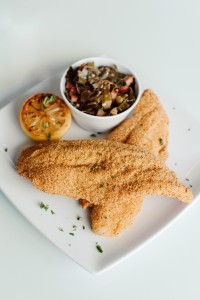 The portion is generous, and Wilson won’t tell us what’s in the seasoning blend; chefs have their secrets, after all. You’ll want some greens to go with the fish: The folks at Brielle’s serve theirs with smoked turkey leg meat, and Wilson adds chicken Andouille to his.

Traditional, upscale or with a global flair, OKC is stocked with options – and even if you haven’t tried catfish since childhood, it’s always a good time to revisit a favorite.