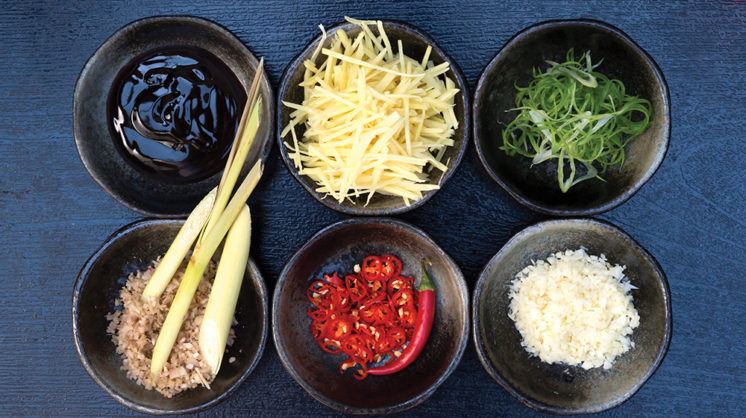 Jeff Chanchaleune is the executive chef and co-owner of Goro Ramen in the Plaza District, but his first career choice was not food. His degree from OU is in Journalism and Mass Communications. In fact, Chanchaleune spent two years in graphic design and advertising after graduation, but he said it wasn’t as satisfying as he expected.

While he worked on his career of choice, though, he was also helping his aunt in Portland open a sushi restaurant. It was a sort of return to his roots, because he never really left food behind, even in college.

“My father was a chef most of my life,” Chanchaleune says, “so I’m a restaurant brat. I grew up in kitchens. My dad was the chef at Michael’s Supper Club here in the city, and he was chef at the Sand Plum in Guthrie, and he worked in three hotels, too.” 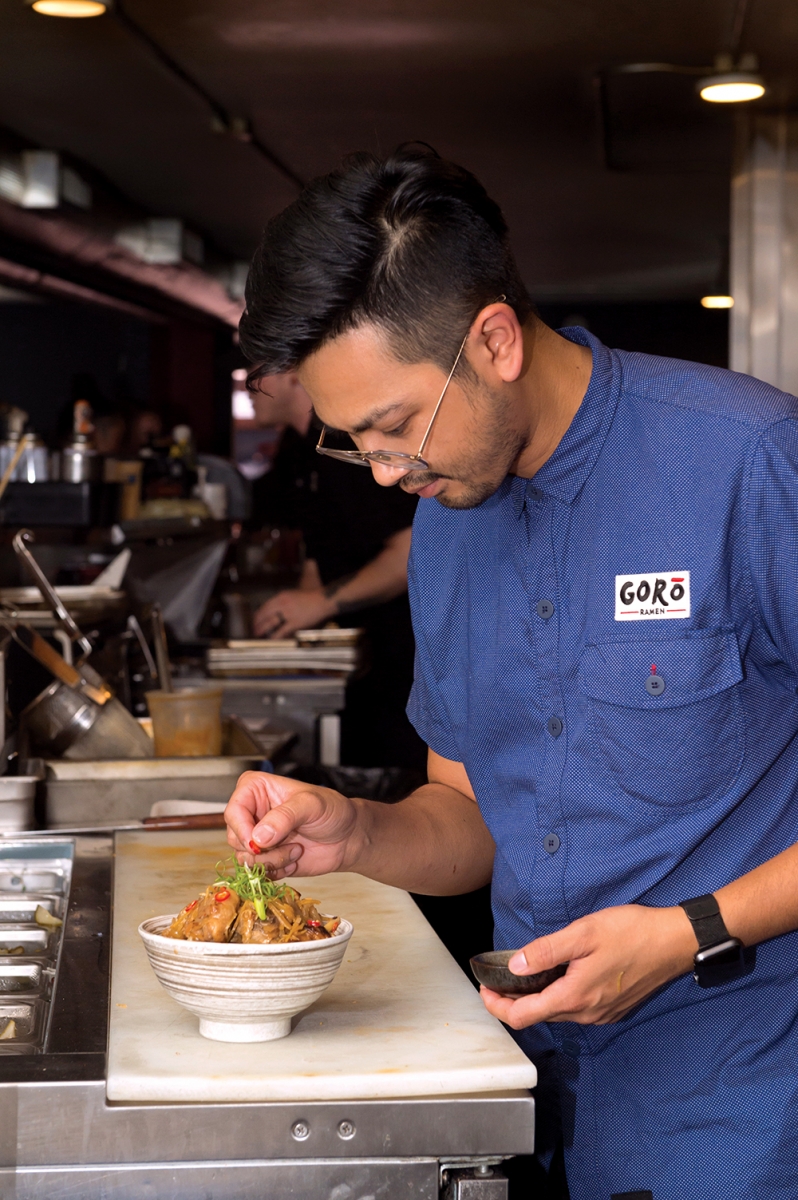 A classically trained chef father and a Lao mother who is a creative and gifted home cook with a flair for spicy Asian food meant the chef’s upbringing was on two culinary footings. Even now, when he talks about fast food – a guilty pleasure, he admits – or more serious personal favorites, he insists on having two categories: Western and Asian. (For the curious, he loves Church’s, Arby’s and Taco Bell.)

“My favorite Asian foods growing up were all the things my mother made,” he says. “If I had to pick, I’d say duck larb, chicken and rice noodle soup and ginger chicken. My mother said if food isn’t spicy, it isn’t good. She makes Laotian and Thai food, and our family ate five out of five spicy every day.”

Despite intending to leave cooking behind, at least the professional side, it would carry him through high school (Guthrie) and college, to Portland and Chicago, then back to his native Oklahoma City. (He actually went to elementary school in the neighborhood around the Plaza.) When he returned, he started the Kaiteki Ramen food truck, which led to the Project Slurp pop-up dinners, his first collaborations with his now business partner Rachel Cope of 84 Hospitality. That partnership and those dinners led directly to Goro.

A husband and father now, too, Chanchaleune cooks at home for his wife Rachel and their year-old daughter Marly. For his recipe this month, the chef selected his mother’s ginger chicken, saying it’s probably in his top five of her dishes.

“It’s slightly sweet, salty, spicy and so savory,” he says. “It’s true comfort food, so comforting that my mom meal-prepped it for my wife immediately after our daughter was born. She said that all the ginger and the dish as a whole were good for my wife’s health and recovery. Probably an Asian parent’s ancient remedy.”

• Heat a sauté pan to medium-medium high heat and add the oil.

• Just before the oil begins to smoke, add the chicken legs and cook on all sides until caramelized and golden brown.

• Add the ginger, garlic and lemon grass. Continue to stir and sauté until ingredients are aromatic and begin to caramelize.

• Add the yellow onions, black pepper, and chilis. Continue to sauté until slightly softened. Then add the mixture from step one. Stir the ingredients in the pan to coat the chicken, cover and gently simmer until chicken is cooked through and tender, and most of the broth has reduced to a slightly thick sauce.