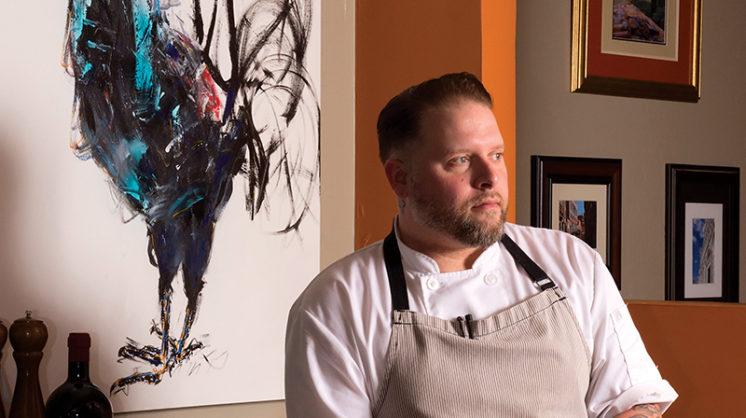 Jonathan Krell is the new executive chef at Patrono, a role that brings one of the state’s most talented chefs back to downtown Oklahoma City and back to Italian food. Krell served as executive chef at Stella Modern Italian for a time, and his upbringing in the Center City district of Philadelphia exposed him to rustic Italian cooking young.

Before he chose food for a career, though, Krell was an audio engineer who spent six years on the road with some of the industry’s best known metal and hard rock bands – he even worked Ozzfest at one point. He left the music business behind to pursue his love for food, and while he’s unclear when he first started cooking, he does remember his mother telling him that there were early indications of his eventual career.

“My mother said I used to pretend to read her cookbooks when I was too young to read,” Krell says.

His grandfather was a former military cook, who made, in Krell’s words, “very basic but flavorful, hearty food.” On the other end of the spectrum was his mother, an adventurous eater who put caviar and sushi in front of him at 6 years old, when most kids are eating chicken nuggets and ketchup.

“Quite a lot of diversity,” Krell says, with uninflected understatement.

While part of his training was with famous Iron Chef Masaharu Morimoto in his Philadelphia restaurant, most of it was completely informal. Still, he was given multiple opportunities to “knock on kitchen doors throughout Philadelphia and stage for some of the city’s best chefs.”

A self-described comfort food eater – “I basically only eat what comforts me” – Krell is accomplished at both simple dishes and elegant, refined cuisine. The tattoos, remnants of his heavy metal days, belie the aesthete hidden within.

He moved to Oklahoma City to be close to his brother and sister-in-law, and to get in on the “culinary turnaround” in the state. The recipe he chose to share was a joint discovery he made with his brother Gerry.

“We bought a big chest of drawers when we were still living in Philly, and that’s how we found the recipe,” Krell says.

The chest was too large to move down a flight of stairs as a single piece, so the brothers took it apart. When they did, they found a sheaf of papers with what they thought were personal letters written in Italian. Gerry was working at an Italian restaurant at the time, so he took the “letters” to the owner to translate. As it turns out, they were actually recipes, ones so detailed that the author even specified local businesses where the ingredients – Italian sausage, tomatoes, olive oil, etc. – should be purchased. One butcher is not the same as another, after all.

His favorite recipe, and the one Krell still cooks, was for “Sunday gravy.” In the parlance of rustic Italian cooking, Sunday gravy is a red sauce that combines the leftover ingredients from the week’s meals, to which fresh ingredients are usually added. Krell gave us the recipe … minus the Philadelphia businesses, most of which are closed now anyway. Toss the sauce with your favorite pasta, or grill some ciabatta and enjoy an open-faced Italian sandwich. 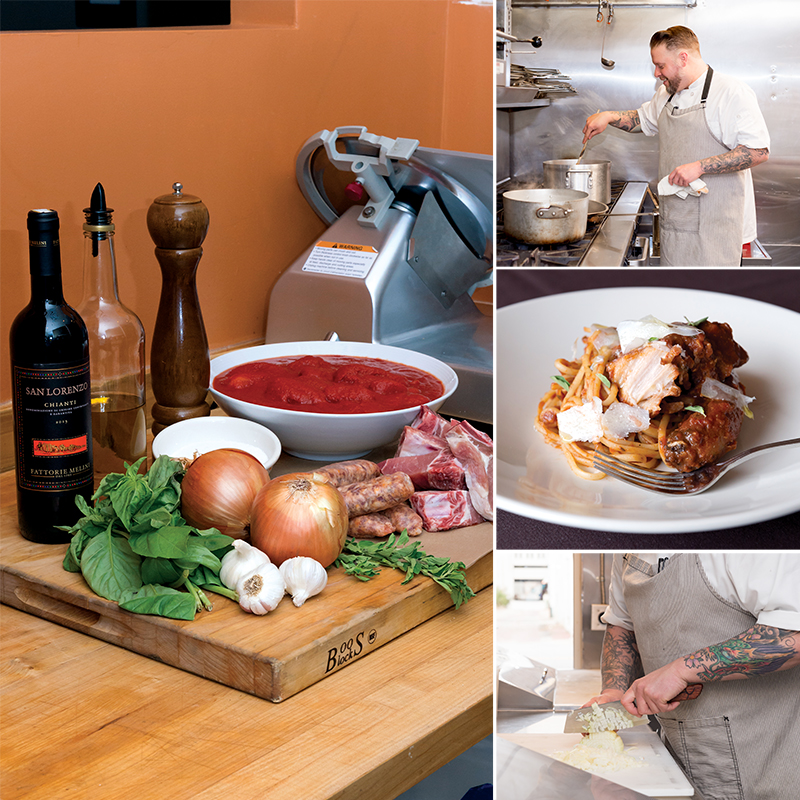 Sauté onions, herbs and garlic in olive oil until translucent.

Add pork and sausage and cook until golden brown.

Carefully add wine and reduce mixture by one third.

Add tomatoes, crushing each by hand.

Add juice from the cans.

Cover and simmer at medium low for two hours.