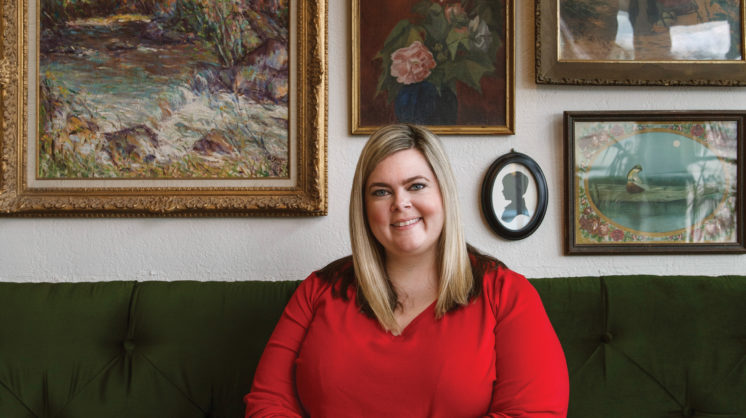 When chef Shelby Sieg agreed to be a part of this story, she was lying on a beach in Tulum, Mexico. Sieg, executive chef at The Pritchard Wine Bar, is a traveler at heart, and while the day-to-day grind of being a chef isn’t exactly glamorous, she uses her vacation time in exotic locales to find inspiration.

“After I finished Le Cordon Bleu in Scottsdale, Arizona, I worked in kitchens all over the U.S. and internationally,” Sieg says. “I travel, not just for inspiration, but to sample what amazing chefs all over the world are doing.”

For those of us who labor in more pedestrian kitchens, Sieg offered advice to make our culinary lives easier to manage. We asked what tools make her job easier, and with Tulum’s beautiful vistas as backdrop, she responded quickly: “A bench knife and a set of tongs.” She could not have found two less glamorous tools, but she is adamant that they are her go-to utensils in her own kitchens, both home and The Pritchard. 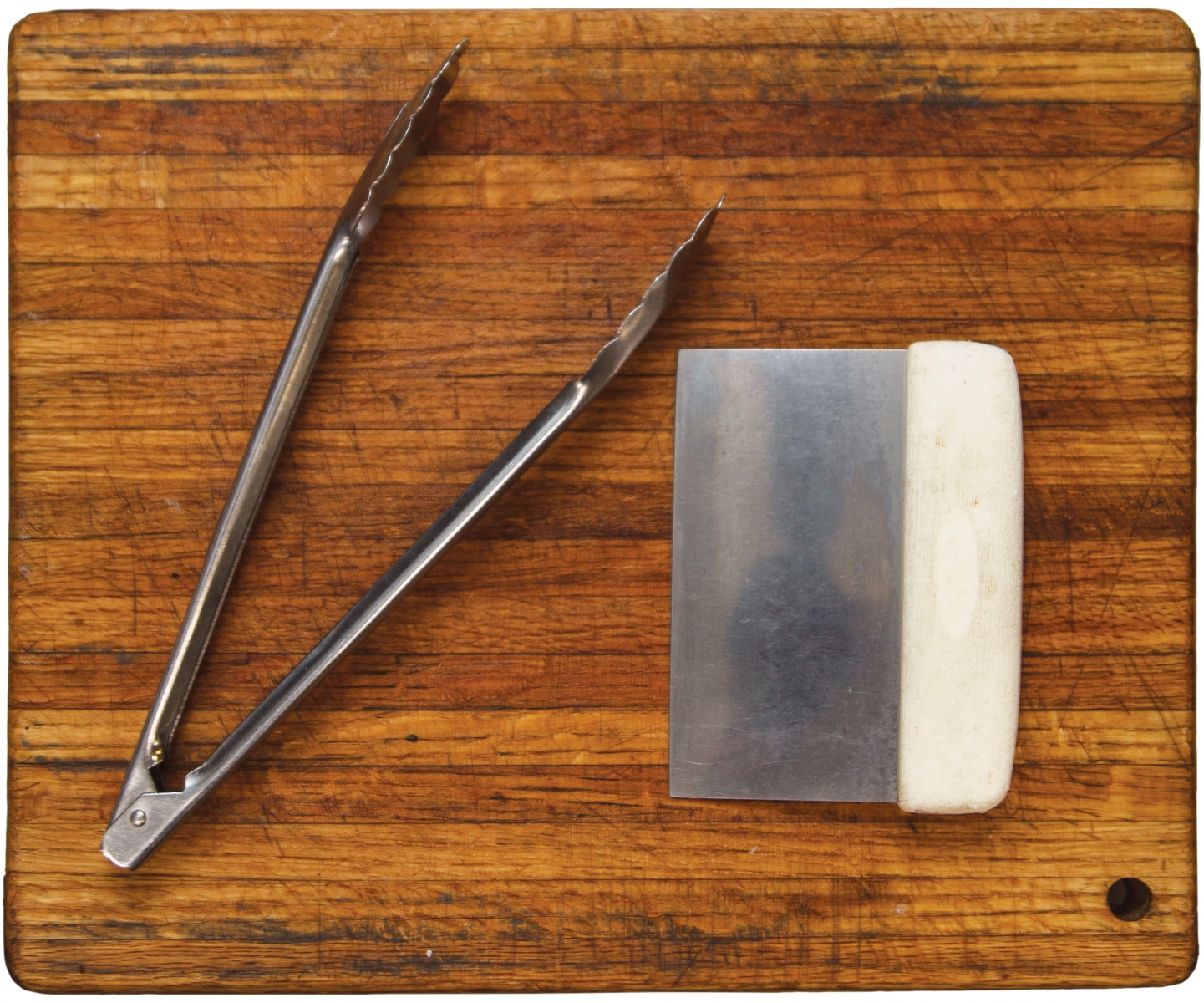 What’s a bench knife, and why is it something home cooks should use?

“A bench knife, also called a bench scraper, or a dough scraper, is so versatile,” she says. “It is simply a rectangular piece of metal with a handle attached. The handle can be wood or plastic. On the pastry side of things, you can use it to cut butter into flour, portion dough, smooth icing on the sides of a cake, or even to cut things like brownies while still in the pan so you don’t dull a knife.” 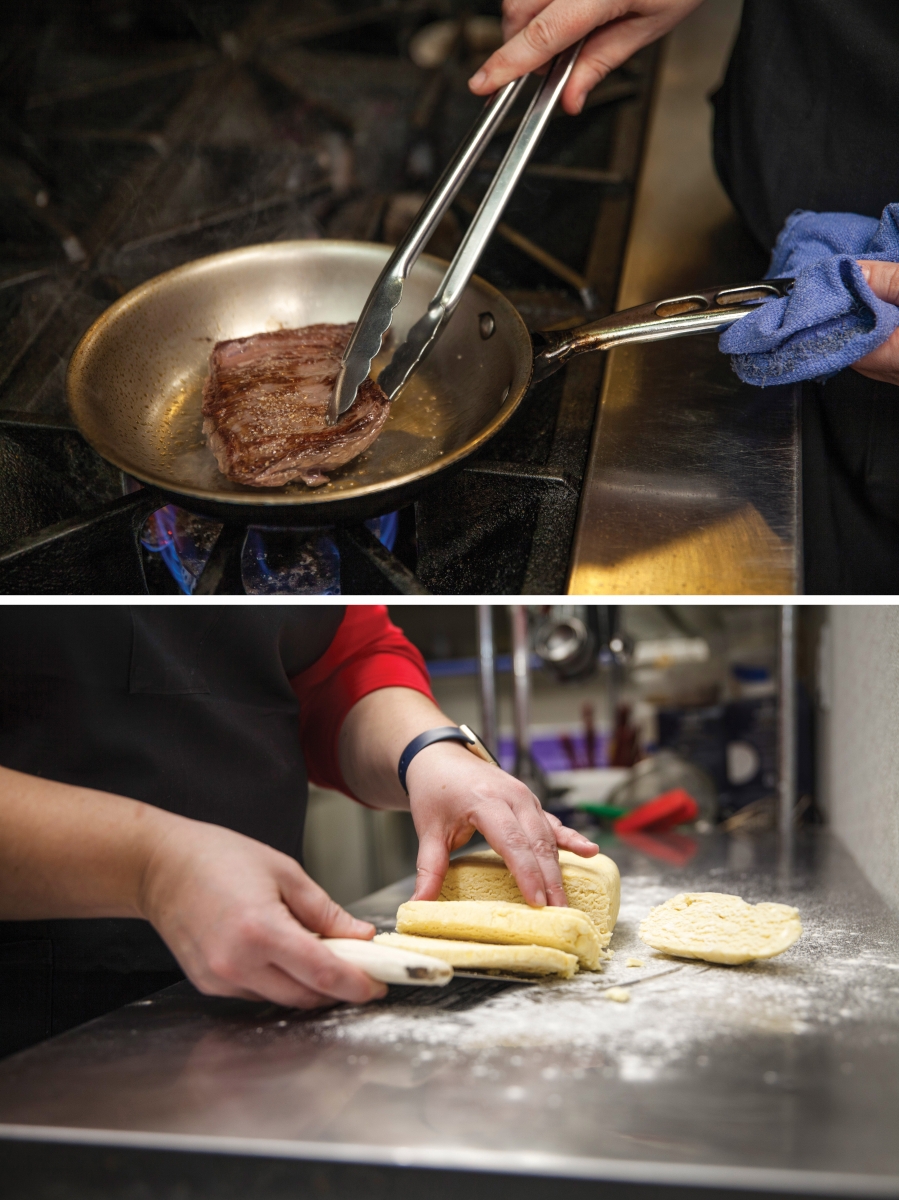 While Sieg’s background is strongly in pastry, she has converted to a more all-around focus in her professional life. She brought the bench knife with her.

“On the prep side, it can be used to scoop up prepped items on a cutting board, or smash things like garlic or potatoes,” she says. “It’s the definition of a multi-purpose tool, so the list of uses is endless, including cleaning a counter top or flat-top griddle, in the case of a restaurant.”

A bench knife is designed to take a beating, so care is easy. Just a good scrub with soap and water to sanitize it, and it’s good to go. It’s not really a knife, so there’s no need to ever sharpen it either.

Sieg said common, 12-inch, spring-loaded tongs are capable of reducing your tool inventory like almost no other utensil. She keeps a couple of sets around the kitchen to avoid cross-contamination, and so she isn’t washing a pair every couple minutes.

“They become an extension of your hand in a kitchen,” she says. “The 12-inch tongs put your hand just far enough from a hot sauté pan, but they aren’t so long that they feel awkward. I shy away from fancy silicone versions, since silicone mostly just messes with the way they grip food.”

Look for tongs sturdy enough to pick up a whole roasted chicken, and if space is an issue in your kitchen, get the set with the locking handle.

“If you have a good set of metal tongs, you can all but do away with a spatula in the kitchen,” Sieg says. “They give you so much more control when flipping food because you never lose contact with the item, and no splashing hot oil, either. I also use them in place of those weirdly-shaped pasta spoons to test for doneness and for plating.”