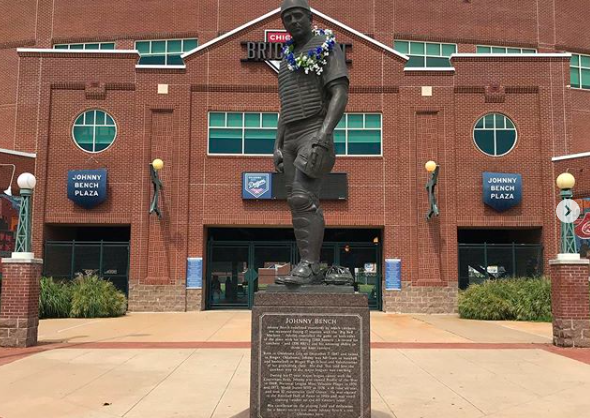 Oklahoma baseball lovers rejoice! Chickasaw Bricktown Ballpark has won the 2020 Triple-A Best of the Ballparks competition, presented by Ballpark Digest. Each year, Ballpark Digest holds a bracket-style competition to see which ballparks are the best in the nation, involving all 30 Triple-A teams. The competition was staged over a span of approximately four weeks between June 18 and July 10, and the winners of each round were determined by popular vote through the publication’s website, ballparkdigest.com.

According to Ballpark Digest, this year’s competition produced a whopping 145,695 votes during the Triple-A phase of the contest, setting a new record. During the finals, Chickasaw Bricktown Ballpark won 53 percent of the vote, winning out against Riverfront Stadium – a brand new ballpark in Wichita, Kansas, that was set to open in 2020 prior to the cancellation of the Minor League Baseball season. Previous winners from six years of Best of the Ballparks include Las Vegas Ballpark (Las Vegas, Nevada; 2019), Huntington Park (Columbus, Ohio; 2015, 2017-19) and Louisville Slugger Field (Louisville, Kentucky; 2016).

“Chickasaw Bricktown Ballpark is one of the great ballparks in all of baseball, so it’s great to see the fans voting it the best in Triple-A ball,” said Ballpark Digest publisher Kevin Reichard. “Congratulations to the Oklahoma City Dodgers owners and staffers for this honor.”

Chickasaw Bricktown Ballpark was funded by the first of the Metropolitan Area Projects (MAPS) sales tax initiatives passed by Oklahoma City voters in December 1993. The $34 million project was the first major structure completed under MAPS and opened in April 1998. It currently houses Oklahoma’s own Minor League team, the Dodgers.

Although the 2020 Minor League Baseball season is cancelled, Chickasaw Bricktown Ballpark will host other activities throughout the year. For more information, call the OKC Dodgers at (405) 218-2182 or visit okcdodgers.com.