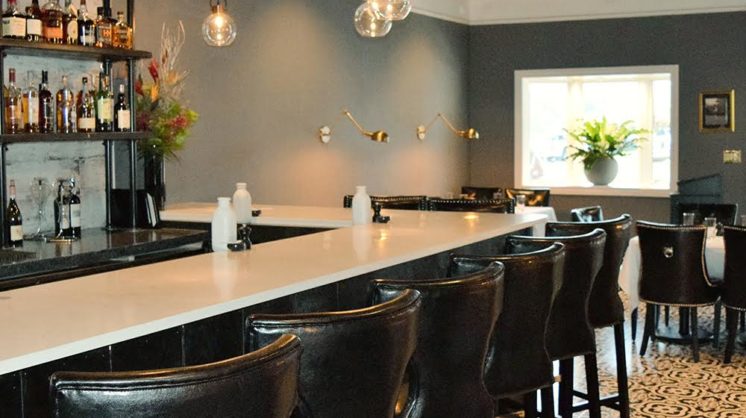 “Great steak is like great Scotch,” Chef Johnathan Stranger says. “Don’t mess around with it, and just let the beauty of a great product shine.”

Drew Tekell, one of the operating partners, said the group wanted to open a neighborhood restaurant that served outstanding food but maintained a casual atmosphere.

“We want this to be a place to show up in shorts and T-shirt to catch a game,” says Tekell. “We want the neighborhood to come out and make it their own.”

The name comes from Tekell’s father who passed away in July of last year. His father’s death brought the younger Tekell back to Oklahoma from Seattle, where he had worked as a wine professional. He became reacquainted with his high school friend Johnathan Stranger, and the two have been working together since.

“In the hierarchy of fine dining, chop houses are a step below steakhouses,” Tekell says. “We wanted to play around with the chop house theme, and based on the size of the space, we thought a chop room would be fun.”

The space holds 28 diners, including eight at the bar. The full menu is available at the bar. The same ownership group that opened En Croute is behind St. Mark’s, and that’s been very helpful given the space restrictions. As it’s located adjacent to En Croute, the team decided to expand the kitchen slightly, so now the two concepts share one kitchen. It also means that sommelier Eric Berumen’s excellent wine list is available at both locations.

The stars of the menu are the steaks, but it is a chop room, so other entrées are available, including chicken and seafood. Stranger does all his own dry aging in house, and he hand cuts the steaks himself. The grass-fed beef is sourced locally, and the menu includes a Wagyu sirloin flap cut.

Based on seating and hours, reservations are highly recommended and can be made here.