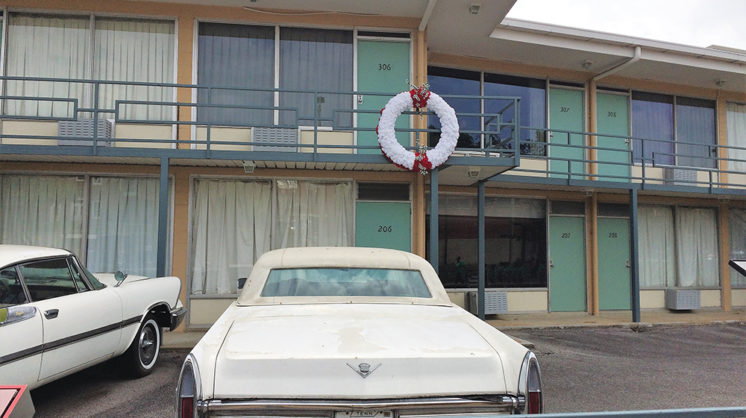 Saint Augustine said, “The world is a book, and those who do not travel read only one page.” Travel means many things to many people: fun, food, adventure … but also education. In honor of next month – designated Black History Month – we offer some sites that offer education, encourage understanding and examine our own American history.

BROWN V. BOARD OF EDUCATION NATIONAL HISTORIC SITE, TOPEKA, KANSAS
Equal education was an early target in the battle for civil rights. While the 1948 Sipuel v. Oklahoma Board of Regents was significant in the area of higher education, Brown v. Board affected a much larger population.

The lawsuit brought before the U.S. Supreme Court was a combination of complaints from a number of states. For convenience, it was titled with the name of one plaintiff, Oliver L. Brown, whose daughter Linda was denied enrollment in any of Topeka’s all-white schools. 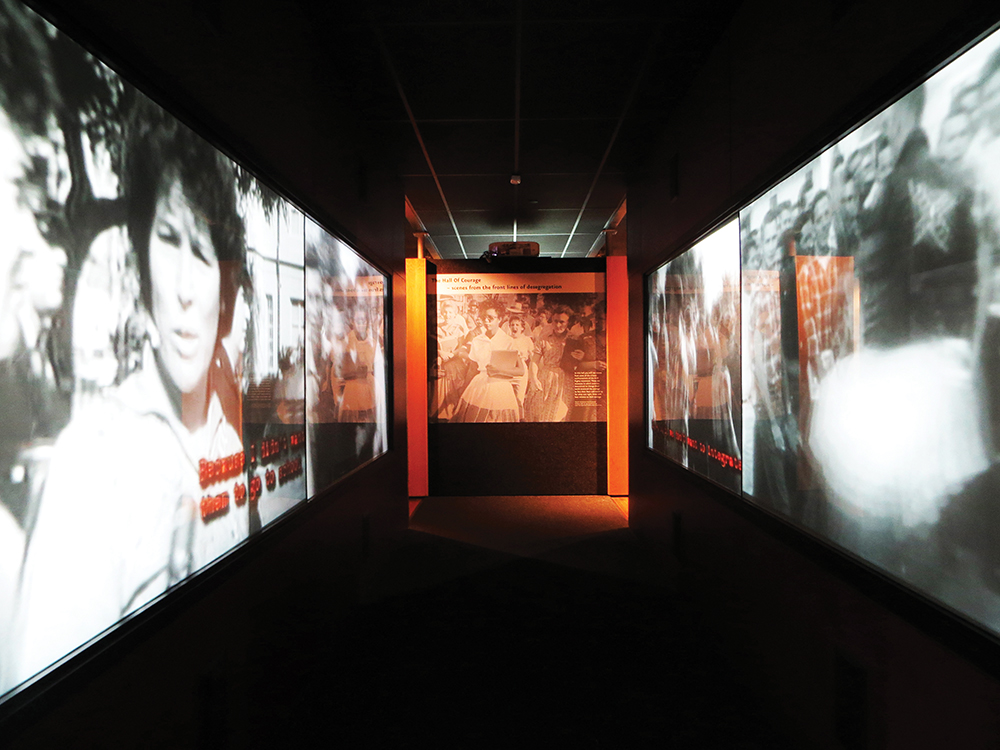 One of four area black schools, Monroe Elementary actually was a fine facility with good teachers and resources. But in presenting the case against the “separate but equal” standard, evidence was presented showing the harmful psychological and sociological effects of segregation. In 1954, the Supreme Court ruled that separate was inherently unequal.

Monroe School is now a National Historic Site with an extensive museum within the building. Exhibits explore the obstacles to education faced by black students from the early 1900s to 1954. One space is a former kindergarten classroom restored to its 1950 appearance; another area features the events following the decision. In the Hall of Courage, crowds of shouting protestors – on film – line either side of a narrow walkway. Visitors to the museum walk this gauntlet, which replicates the steps of young black people who were on the forefront of school integration. 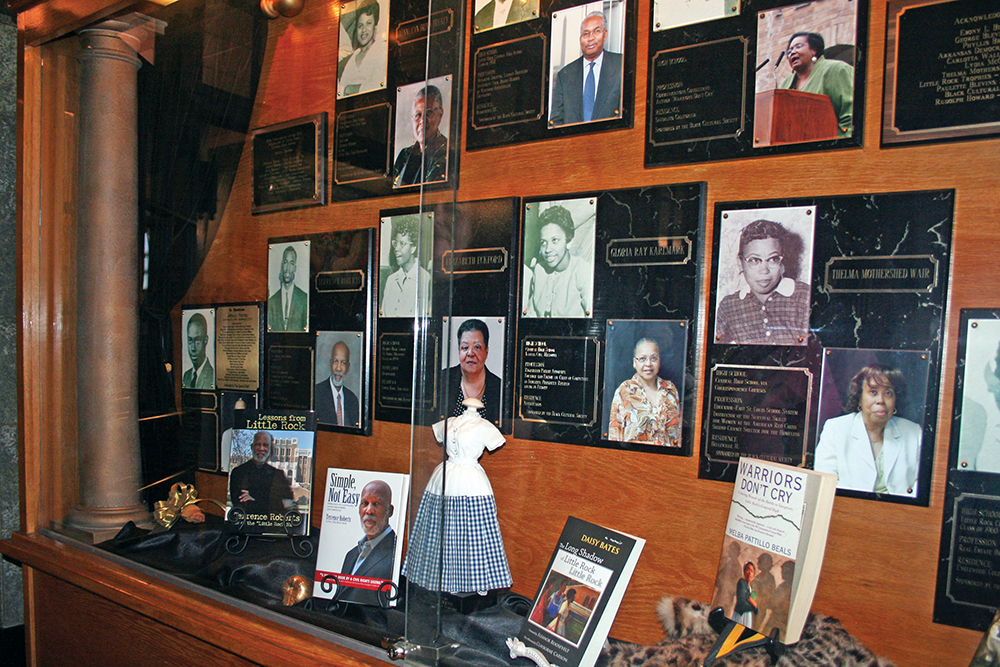 CENTRAL HIGH SCHOOL NATIONAL HISTORIC SITE, LITTLE ROCK, ARKANSAS
School integration was not without resistance. Little Rock schools planned gradual integration of their facilities, beginning in the fall of 1957. Nine black students agreed to enroll. After Arkansas Gov. Orval Faubus called out the National Guard to prevent the students from entering the school, President Eisenhower sent the U.S. Army to escort the children in. They walked silently through a crowd of sign-carrying protestors who screamed and spat at them.

Today, Central High School – still an active school – is part of the National Historic Site. The accompanying Visitor Center with exhibits is open during operating hours. Reservations for guided tours, including the high school, must be scheduled at least 24 hours in advance, but much earlier is advised. On the tour, visitors will see a display case in the lobby that’s filled with pictures and memorabilia of the first black students to attempt to integrate the school – the Little Rock Nine. 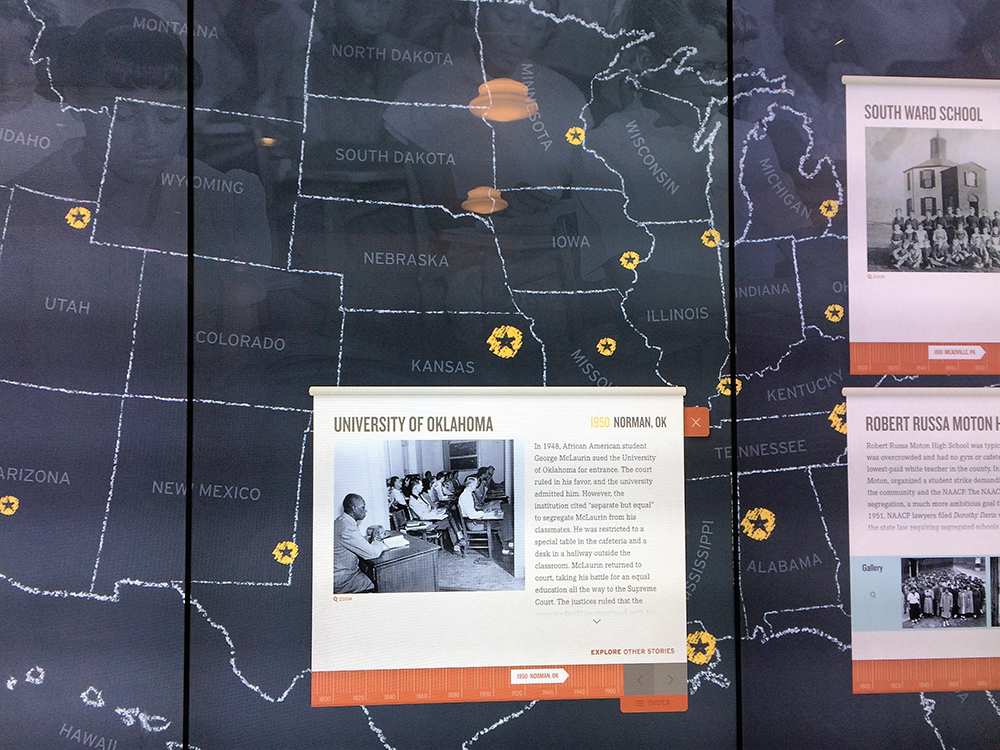 NATIONAL CIVIL RIGHTS MUSEUM, MEMPHIS, TENNESSEE
The assassination of Martin Luther King in April 1968 made headlines across the nation. This advocate of non-violence was violently silenced. But the movement of which he was a major leader would not be stopped. The National Civil Rights Museum encompasses the museum building, the Lorraine Motel where King was killed and the building that had sheltered his assassin.

Artifacts, oral histories, films and graphic displays trace the struggle for equality – from the importation of the first slaves in America in 1619 through King’s last hours, and the continuation of the endeavor for equality internationally.

Touch screens allow guests to access information about events in their states, too; Oklahoma’s own Clara Luper gets a great graphic about her efforts in the OKC sit-ins. 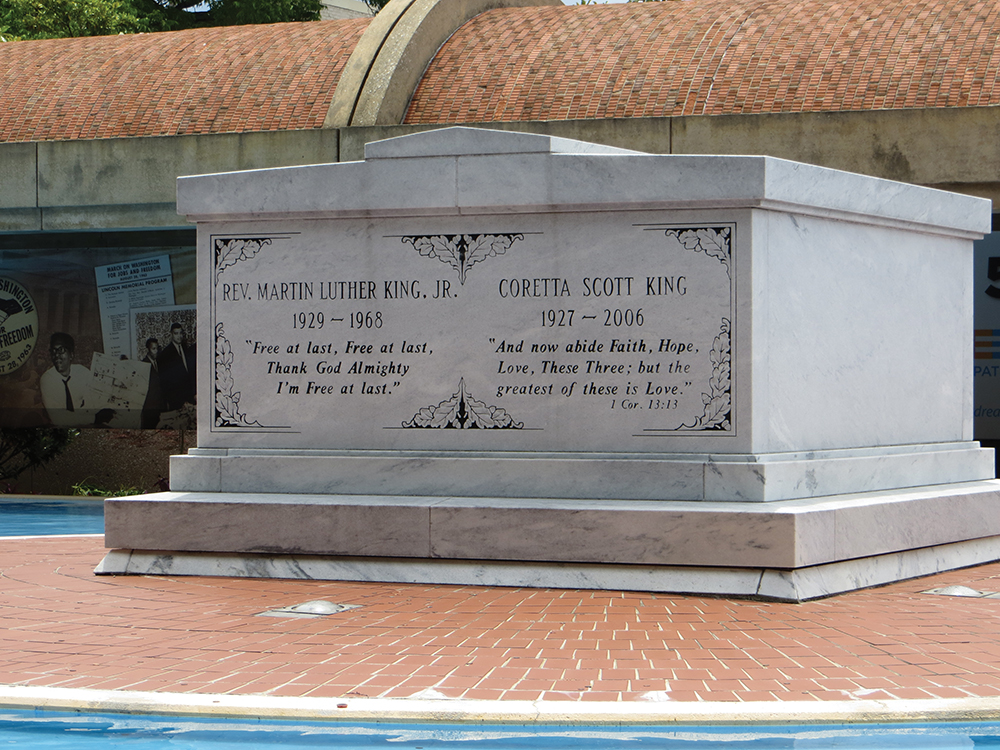 MARTIN LUTHER KING JR. NATIONAL HISTORIC SITE, ATLANTA GEORGIA
This site has many facets: a Visitor Center with films and exhibits; King’s birthplace; Ebenezer Baptist Church Heritage Sanctuary where King, his father, his maternal grandfather and his brother all served as pastors; an 1894 fire station that was the first racially integrated firehouse in Atlanta; and the tombs of Dr. and Mrs. King.

For a personal experience, book a tour with civilrightstour.com of Atlanta. Owner Tom Houck worked closely with the King family for a number of years, so not only do you see significant sights, you’ll get first-hand stories from one who knew King well. 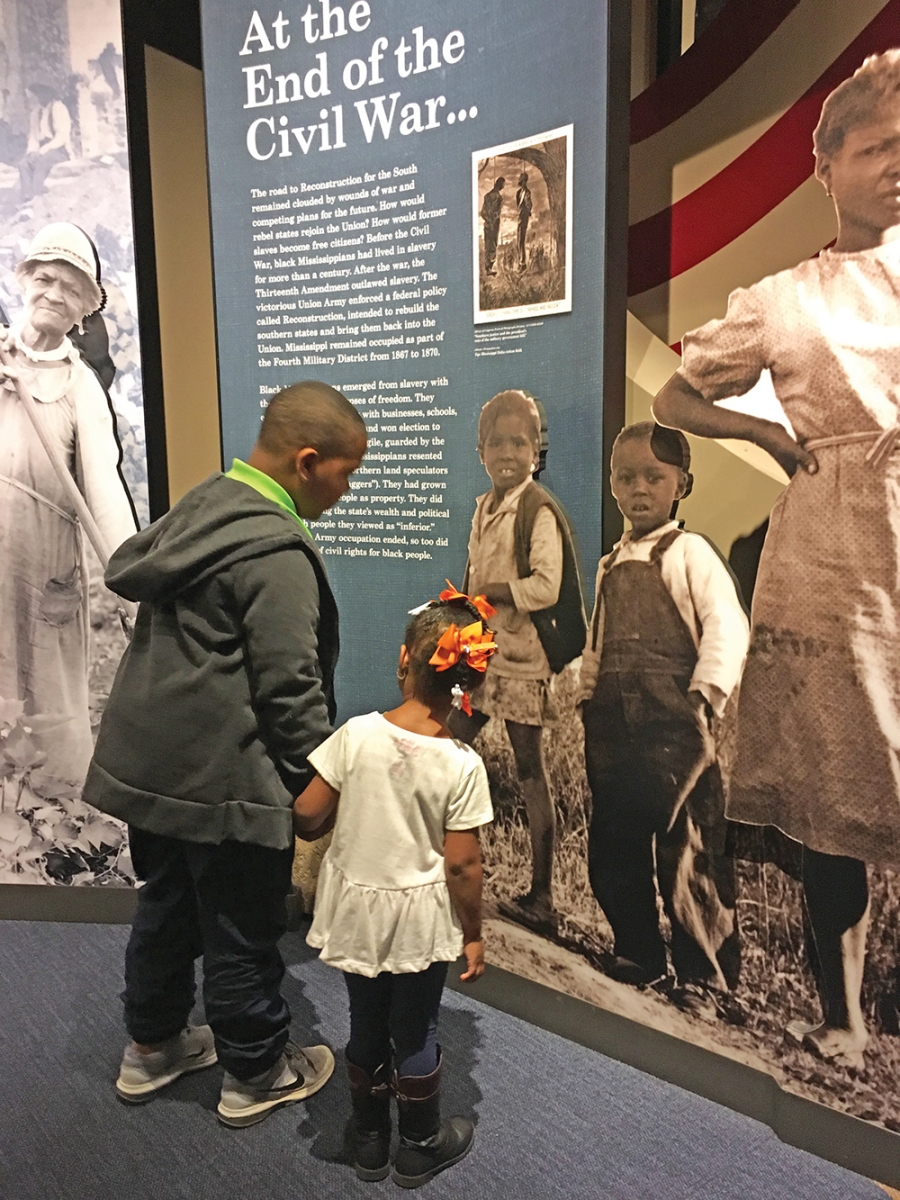 MISSISSIPPI CIVIL RIGHTS MUSEUM, JACKSON, MISSISSIPPI
As one of the nation’s newest civil rights museums, this institution in Jackson takes advantage of all the latest technology. Eight galleries surround a central area for contemplation. Visitors often take a break from information overload by resting in this rotunda, where a spectacular light sculpture hangs from the ceiling. Titled “This Little Light of Mine,” the piece reacts with changes in intensity and color based on movement within the space. Songs of the civil rights movement provide the soundtrack.

Exhibits tell the unvarnished stories of the battle for equality. Ugliness is reported with honesty, from the treatment of returning veterans and inferior education to the nearly 600 lynchings in the state and the murder of Emmett Till. Also highlighted are heroes, both black and white, of the movement. The creation of such an outstanding museum is to the state’s credit – perhaps a mea culpa – and should not be missed.