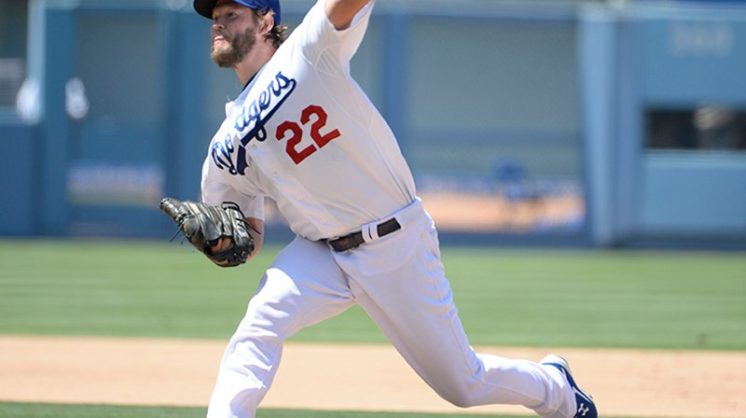 This is the fourth time Kershaw has won the award, which is given out annually to Major League Baseball’s top left-handed pitcher. The award is named after Oklahoman and National Baseball Hall of Famer Warren Spahn, who holds the MLB record of 363 wins as a left-handed pitcher.

“For me, it's humbling to be put in the same category as some of baseball's greatest pitchers,” says Kershaw. “The recipients of the Warren Spahn Award are players who have influenced and inspired so many who love our game of baseball. It's an incredible honor to be selected as the 2017 recipient of this prestigious award. Thank you to the Bricktown Rotary Club for recognizing my work on the field.”

Kershaw, who also won the award in 2011, 2013 and 2014, now equals the ranks of Hall of Famer Randy “The Big Unit” Johnson as the only player to have won the award four times. He will collect his honor at the Warren Spahn Award Gala on Jan. 31, at the Oklahoma City Golf and Country Club.

Kershaw wowed the 13,000-plus crowd in Bricktown this past summer with his rehab start for the Oklahoma City Dodgers, putting on a display that justifies why so many consider him baseball’s premier pitcher. OKC Dodgers President and General Manager Michael Byrnes said the star pitcher attracted the third largest crowd in the history of Chickasaw Bricktown Ballpark.

“Clayton Kershaw has continually set the bar for excellence among Major League pitchers both on and off the field. We were fortunate to see that excellence on the field in August, when over 13,000 fans came from near and far to watch him pitch,” he adds.

Kershaw is coming off a season in which he posted 18 wins and a 2.31 ERA, recording 202 strikeouts in 175 innings pitched.

“This was another impressive season for Clayton,” says Greg Spahn, son of the late Warren Spahn. “Every time he takes the field, Clayton reminds us that he’s a special ballplayer. He is one of the most dominant pitchers in the game, and it’s easy to see why he joins Randy Johnson as a four-time Warren Spahn Award winner.”

Ticket information and sponsorship opportunities for the Gala can be found at www.okcspahnawards.com, or by contacting Brittany Leemaster at brittany@mickeymantlesteakhouse.com.