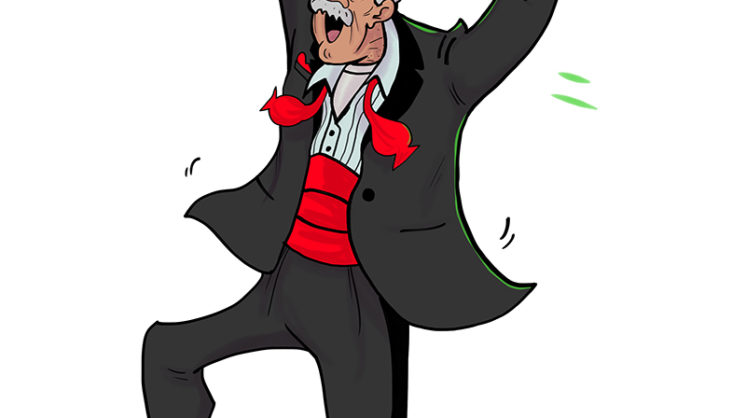 In a break from good judgment a couple of weeks ago, I went to a bar, an outing that runs counter to my aversion to mingling with crowds in any non-sale setting. In most social situations, there’s a point at which you can size up the group and instinctively categorize them. You either think, “These are my people,” or you figure, “Whoaaaaa – I must have missed my exit.”

Somewhere, during an outing with my new beau and some acquaintances, the evening’s itinerary changed course to include a late-night detour to a smoky bar. The acquaintances were self-professed bar hoppers who were especially fond of a particular locale with a “great vibe” (translate: any working tap and a jukebox). Too far into the throes of a bender that must have begun at breakfast to notice my shaking head, the other couple insisted that the Beau and I join them for a nightcap at the bar.

Rationalizing that there would be plenty of time for regret later, I checked my snobbery and good judgment at the door and crossed the threshold of what looked to be the Furr’s Cafeteria of smoke-filled bars. Walking in was like passing through a time warp. I felt young instantly! No, these were definitely not my people – not even my demographic – but I could see that this crowd was going to be great for my ego.

The regulars might as well have been the cast from Cocoon. They immediately recognized the Beau and me as “new meat,” no doubt feeling nostalgic for an earlier time when they could still chew meat. The rest of the bar was a grab bag of Kingfisher farmers, Walmart greeters, Merle Norman’s entire clientele and a possible 4H alumni reunion among a sea of mesh ball caps with tractor logos and high-waisted, Bedazzled jeans.

Who are these people? The Beau obviously had missed the exit and taken us into someone’s cult. I would have been very happy to turn around at the doorway and apologize for the intrusion on my way out. Instead, we cut a wide, nicotine-saturated swath on our way to the back, where a band was killing it with a set of hits that spanned the decades of our smooth-skinned years.

There will be dancing, the Beau announced – possibly to highlight the evening’s coming attractions, or just as a warning to stand back. Either way, we’d need a table close to the dance floor, I told the Beau, in case my bunion flared up or his bad knee locked up. Cocoooooon.

I cringed at my surroundings, despite the absolute kickassery of the band. The crowd on the dance floor was a fox-trotting AARP commercial, and the Beau and I were stage center. Next to us, an old dude (not a day younger than 90) in a tuxedo was tearing up the dance floor (and why the hell not, I say). This alone was mesmerizing, but watching Father Time flail his arms into the air and yell, “Cause uptown funk gon’ give it to ya! Cause uptown funk gon’ give it to ya,” convinced me we’d blown past our regular exit. Cocoooooon.

From the end of my raised nose, I struggled to see through the dusty cloud of smoke, Old Spice and Cialis that hung heavy over the dance floor. At some point, I realized that the instigators of this outing were nowhere to be found. They had stumbled in and stayed for about 10 minutes of bonding with us – just long enough to order a couple of drinks and spill one on the Beau during a high-volume, slurred fight about how many drinks each had consumed since breakfast.

Before the band finished “I’m Your Boogie Man,” the other couple had boogied out with a pronounced stagger, leaving us to fend for ourselves in a mosh pit of Wranglers and Hoverounds. Had they been sent to bring us there and, with their mission complete, slipped away to lure in some more? Does that look like Rod Serling over there in the corner?
I told the Beau I wanted to leave before someone I knew wandered in and mistook me for someone who had come to the bar on purpose. Or worse, a confused passerby might mistake me for one of the rug-cutting seniors on the dance floor. It was best to avoid causing confusion altogether.

Besides, I said, it was 10:30. Almost bedtime. I needed to take my pills and soak my feet. My bunion was on fire.