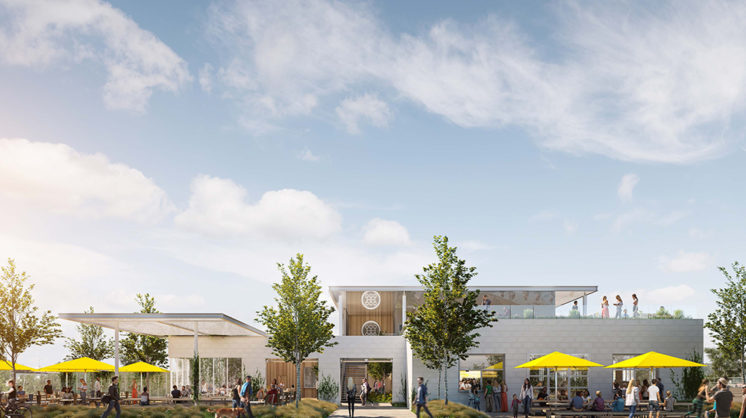 A craft beer hall and restaurant with a community feel is the first private development planned for OKC’s Scissortail Park.

The Patriarch owners, Community Through Beer LLC, want to expand on the Edmond stopover’s success with a second location on the new OKC park’s west side, and this was “too good of a location to pass up,” according to co-owner Brad Mullenix.

Plans submitted for the former transmission shop at 517 S Hudson by architects Allford Hall Monaghan Morris include adding a second floor for a roof terrace, a new courtyard surrounding the entrance and an extensive craft beer selection inside. The large space will have three service windows on the east side offering different food options, with the option of to-go picnic baskets being considered.

“I managed restaurants during my college years and just loved it,” says Mullenix, who worked as a land systems analyst before turning his attention to The Patriarch full time. “The community aspect of The Patriarch was a bonus to us, and we had talked about a second location.”

The Patriarch was born out of a love of craft beer and a desire to offer Edmond its own establishment. That dream was realized in 2015 when the craft beer bar opened in a converted 1903 historic home, with half of its beers from local producers and the rest coming from independent craft breweries. 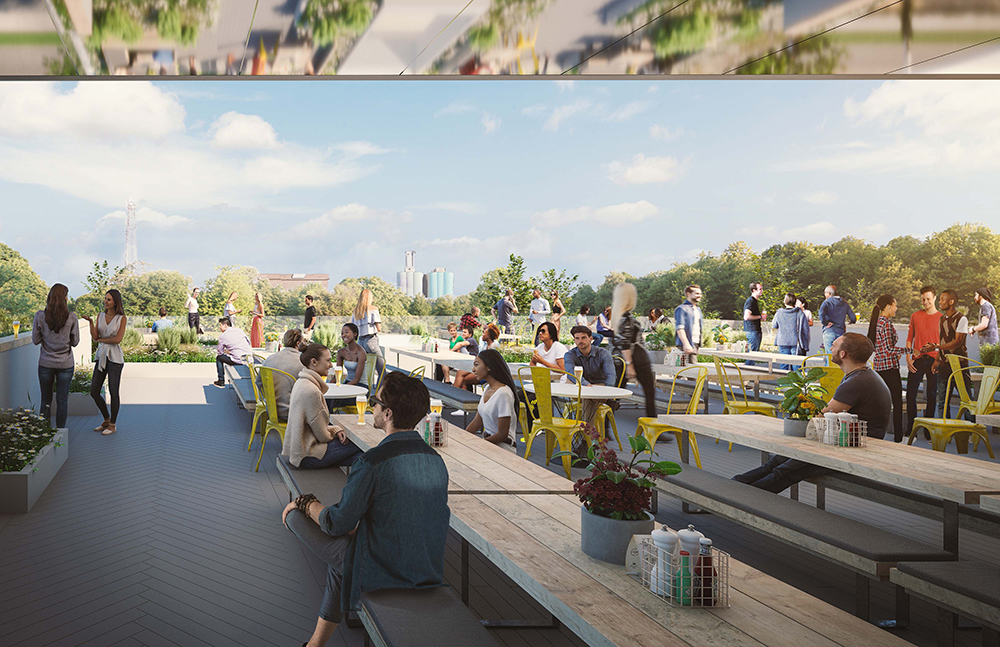 While The Patriarch is a 21-and-over venue, the new yet-to-be-named craft beer hall in Scissortail Park will be open to all.

“It’s going to look different than The Patriarch; we have much more space and, with our food offerings, we can make it more family-friendly,” says Mullenix. “We want everyone to feel comfortable here, whether you’re in a suit straight from work or all sweaty from riding your bike around the park.”

The larger space will allow them to expand their cocktail menu, as well as continue their commitment to local craft beers and creating that community feel. And with a decision to have the TV on only for important games, and no Wi-Fi available, they’re actively encouraging it.

“We want the beer to be the catalyst, and the focus to be the person sitting next to you,” says Mullenix.

Follow Scissortail Park’s first craft beer venue and all the happenings at The Patriarch here.