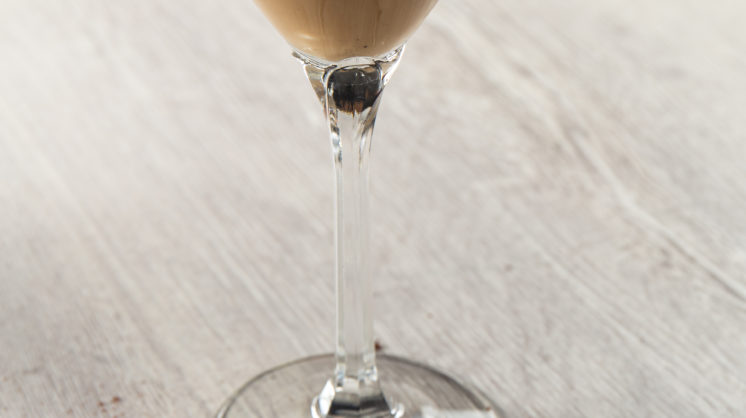 A coffee cocktail is kind of like a chocolate martini, opined Brady Sexton, owner of Scratch Kitchen and Cocktails.

“Most guys won’t order one, but every time I ask one of my friends, ‘But did you like it?’ they admit they did, because they’re delicious,” he says.

The Flatliner is a common drink around Telluride, Colorado, where Sexton had a Scratch location in a hotel for a short time. The Telluride versions – nearly every bar has one – usually contains espresso, vodka, coffee liqueur, Irish cream and a few other ingredients to create variations. Sexton said he believes the one they developed at Scratch is the best version because of the balance.

“The drink can run really sweet,” Sexton says, “so we worked to balance the ingredients, because we wanted delicious, not syrupy.”

While it’s available all the time, the beverage appears on the after-dinner drinks menu at Scratch Norman (132 W Main), and Sexton personally treats it like dessert. “I don’t eat solid desserts very often, so The Flatliner sort of takes the place of that for me.” 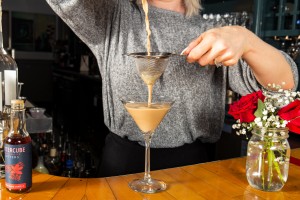 The cocktail’s only flaw – if it is a flaw – is that it’s so easy to drink. The balance of ingredients makes it easy to sip or slam, but it’s a serious drink with Indian Grass Vodka, house-made coffee liqueur (by way of roasters Eote Coffee), Irish cream liqueur and Bittercube Cherry Bark Vanilla bitters. That’s three local ingredients in one cocktail.

“We go as local as possible,” Sexton says. “We’re happy to work with Bittercube, Eote and Oklahoma Distilling Company. If you can get quality ingredients made here in Oklahoma, why look elsewhere?”

Other Sips Worth the Trips

When Burger Punk opened in April at 3012 N Walker in OKC, the new 84 Hospitality concept had its Turbo front and center in the marketing. Rightly so; this is a stellar frozen cocktail. Rachel Cope, founder and CEO of 84 Hospitality, said she and her team love a couple of coffee drinks from Austin’s well-known Nickel City and Jo’s Coffee.

“When our beverage director Ryan Goodman said he wanted a frozen or slushie drink on Burger Punk’s menu, we thought a coffee drink would be the best fit,” Cope says. “The name comes from Jo’s, because they have a drink there that I get every time I’m in Austin. It’s not the same drink, but the name is a shout-out.” 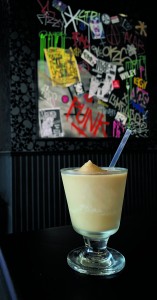 The Turbo is served from a machine, much like frozen margaritas, but it’s finished with a couple of additional ingredients, not including a garnish. The base is Evan Williams Bottled-in-Bond Whiskey, with Elemental cold brew coffee, coconut cream and chocolate bitters. Cope, too, likes to work with local providers when possible, and she said she loves Elemental Coffee’s products. As for the drink itself, it’s a boozy, coffee-forward, frozen treat that’s sure to be massively popular, especially in the hotter months.

Ponyboy (423 NW 23rd, OKC) has two new coffee cocktails on its spring menu, as well, including a frozen, Jameson Whiskey-based riff on an Irish coffee. Made with cold brew and salted caramel Irish cream, it’s also coffee-forward with enough sweetness to make it dessert-like. The more adventurous Scissortail is made with Prairie Wolf Obahoshe Inland Rum, Cynar and cold brew. It’s a little more serious thanks to the artichoke-based Cynar, and it’s served up, rather than frozen.