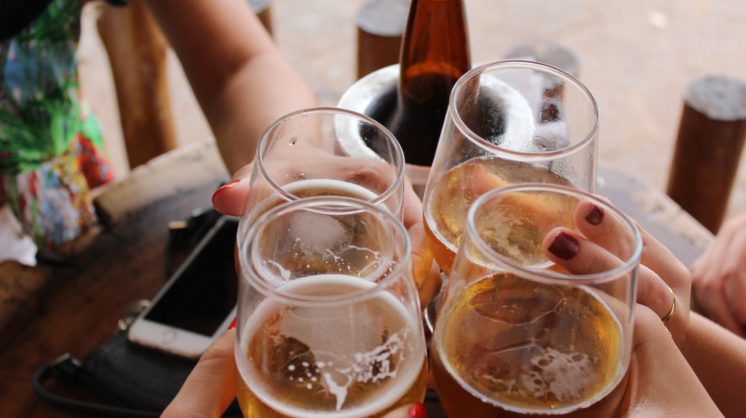 On Saturday, June 26, more than forty breweries will be at the Chickasaw Bricktown Ballpark for the inaugural Oklahoma Brewers Fest. The one-day event organized by the Craft Brewers Association of Oklahoma (CBAO) will feature member breweries, vendors and sponsors.

“We’re excited that more than thirty of the breweries will have a festival release beer that they’ve brewed specifically for the event,” Bryan Grigsby, a member of the festival organization board, said. “Depending on quantities produced, this may be the only chance to try these limited release beers.”

In addition to the festival beers, most of the breweries are expected to pour core beers, current seasonals, and even some surprises. Andrew Carrales of Vanessa House said that in addition to their year-round brews, they’d bring a collaboration beer they made with 903 Brewing in Sherman, Tex. “We still have some of it, so this is a good opportunity to get it in front of people before it’s gone,” Carrales said.

The festival will be divided into two sessions: 1-4 pm and 5-8 pm. VIP ticket holders will be admitted a half hour before the session begins. VIP tickets are still available. Tickets will be available the day of event at the ballpark ticket window. OKC Brew Tours will offer a shuttle from Bicentennial Park (in front of the Civic Center) and Scissortail Park for attendees who don’t want to wait for the streetcar or pay for Bricktown parking. VIP ticket holders get a parking pass as one of their amenities.

The breweries will be coming in from all over the state, so attendees will be able to try dozens of beers they’ve never seen before. In-development breweries will be present as well, so a full spectrum of the Oklahoma craft beer scene will be present. Familiar names like Anthem, Elk Valley, Marshall, Prairie, and Vanessa House will be joined by names less familiar to the Oklahoma City scene, like Cooper and Mill, Kahloseum, Kochendorfer, and Majestic Beast. Tulsa will be well represented, too, with Cabin Boys, American Solera, Heirloom, and NEFF.

Two important things to note. The concessions at the ballpark will be the only food on site, and the ballpark has a clear-bag policy that will be strictly enforced.