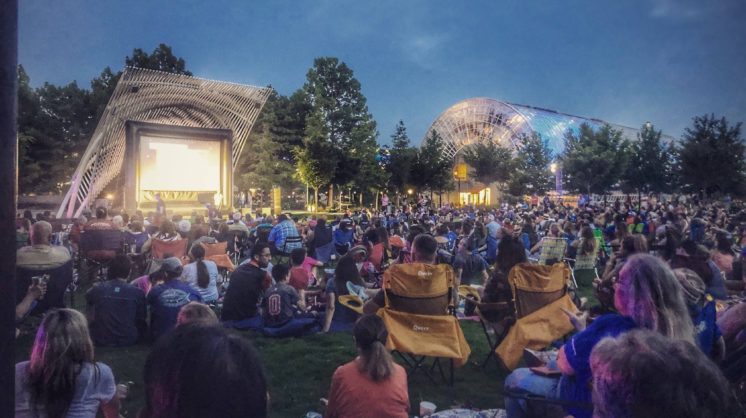 The 19th annual deadCenter Film Festival starts tomorrow, meaning downtown Oklahoma City is about to host approximately 35,000 people, mostly in Film Row, the Arts District and Bricktown. A festival this size can be daunting for newcomers, so we reached out to Alyx Picard Davis, director of the festival and DOO for deadCenter, to ask for help. She replied with several topics sure to help veterans and newcomers alike navigate the festival.

1. Let’s start with: What is a festival, and how is it different than going to see The Avengers on a Friday night? We bring in films from all over the world that don’t have distribution, so you’re seeing independent films – independent voices in the truest sense. The films are broken down into two categories: features and shorts, both of which have narrative and documentary categories. A ticket to a screening of short films means you’ll see something like three to 15 different titles.

These films will likely never be in a theater, but you might find them on streaming services down the line. That means a film festival is your best chance to see the films the way the artists intended you to see them: in a theater. You’ll also be able to see the Okie Shorts screenings, which are films made by Oklahoma filmmakers.

2. There are three levels of access for deadCenter in terms of seeing films, going to parties and attending panel or filmmaker discussions. The first is the All-Access pass. It’s $200, and as the name implies, you get priority access to all the films. What does that mean? All of our films are first-come, first-served, and we allow pass-holders in first, as long as they are in line 30 minutes ahead of the screening. For really popular films, we suggest you get there at least an hour early.

The second level is rush tickets. These are $12 tickets for single showings. To be honest, often the films sell out to pass holders, which is why we recommend the All-Access pass. To get a rush ticket, show up 15 minutes prior to screening, and if any seats are available, you will be able to buy a ticket.

Finally, there are the free events, which deserve a section of their own.

3. The pajama party at 21c Museum Hotel is going to be one of the best parties of the festival, and it’s free entry to everyone 21 years of age or older. Grant Rosenmeyer, who played Ari Tenenbaum in The Royal Tenenbaums, will be our special guest.

This year, the OKC Streetcar is free to all festival participants from Thursday through Sunday. Just show them your pass, and you ride free.

Also at 21c is this year’s techCenter, an annual expo that highlights filmmaking technology, often in hands-on ways, including VR and AR demonstrations.

One of the most popular free events is the live music and film screening at Myriad Gardens on Saturday night. We had approximately 3,000 people last year. The music starts at 8:15 p.m., and then we’ll screen two films, and both are family friendly. It’s on the Great Lawn, so bring a blanket.

4. This year, we have a deadCenter app, and you’ll be able to find the location of the screening, buy tickets and show your pass to the streetcar driver all from your phone. The screenings will mostly be at the OKC Museum of Art and Harkins, so the streetcar will come in handy between those two locations. Just look for deadCenter Film Fest app on the app store or Google Play store.

The app contains a section called Pass Holder Perks, which lists all the events to which you have unlimited access, and it lists all the discounts local businesses are providing for pass holders: retail, restaurant, etc.

5. Volunteering was my in to the film festival world. I couldn’t really afford to pay for everything, so I volunteered. At deadCenter, if you volunteer for more than 20 hours across the weekend, we give you a free All-Access pass. All volunteers have access to the events to which they’re assigned, and they get a deadCenter T-shirt.

The website deadCenterFilm.org has all the information you need to fully experience the festival. See you there!