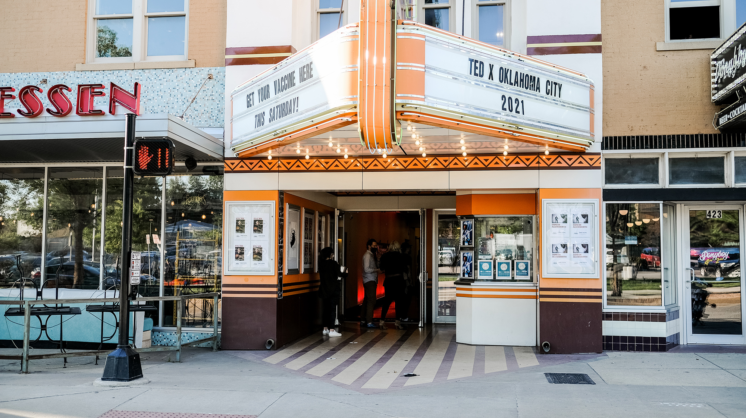 TED — Technology, Entertainment and Design — started 30 years ago as a four- day conference in California. Since then, it has expanded to promote its objective of sharing “ideas worth spreading” through a number of activities, especially TED Talks. Through video presentations and live speakers, these events share information that spark deep discussion and form connections within a small group. The organization welcomes people from every discipline and culture who seek a deeper understanding of our world.

TED invites leading thinkers and doers from around the globe to present for 18 minutes or less at its two TED Conferences held annually in Vancouver, British Columbia. Most of these speeches are made freely accessible to the public on TED.com. Bill Gates, Jane Goodall, Elizabeth Gilbert, Nandan Nilekani, Ngozi Okonjo-Iweala and Sal Khan are just a few notable individuals who have spoken at TED conferences.

Elsewhere, TEDx is a grassroots program designed to continue the spirit of TED on a smaller scale through independently organized events that bring the international concept to local communities. Event directors agree to follow a provided model and are given instructions for curation, speaker coaching, event planning and more. David Skidmore and Bryan Clifton are event co-organizers for the 405’s regional TED variant, TEDxOklahomaCity, and Clifton is also the curator for this local yearly event.

“The messages shared at TEDxOklahomaCity often end up on the TED platform, as they are ‘ideas worth spreading,’” Skidmore said. “One of the beautiful things about Oklahoma is that our speakers have been pioneers in their industries over the last three events. Our speakers often draw from the Oklahoma Standard in their talks and ask people what it reflects to see all people in our city thrive. While other events often talk about humanity at large, there is a special interest in caring for our neighbors in Oklahoma.”

This year’s TEDxOklahomaCity, which will be held Sept. 9, is themed “Normall” — with an intentional misspelling that highlights the word “all.” Since March 2020, society has attempted to redefine what a “new normal” might look like in the complex, ever-changing wake of the COVID pandemic. However, how do we define what “normal” is? It’s a subjective concept, and people tend to define normalcy as it relates to what isn’t abnormal. TEDxOklahomaCity hopes to delve into all the versions of normal that different people hold.

“Having faced significant disruption the past 2.5 years, we want to explore, ‘What does normal look like going forward as a community?’” Skidmore said.

Speakers for “Normall” include Jeremie Kubicek, Les Thomas Sr., Jenny Nguyen, Kori Hall, Mike Hearne, Eric Muhizi, Taylor Doe, Debreon Davis, Perry Lott and Natalie Kent. “We reach out to speakers who we believe have a message connected to our theme,” Skidmore said. “Our speakers represent themes that will lead to a better community together. All of our speakers this year are based in OKC. In previous years, we have brought in speakers from across the U.S.; however, with our theme of ”Normall,” we wanted to highlight local voices leading in the spheres of technology, education and design.”