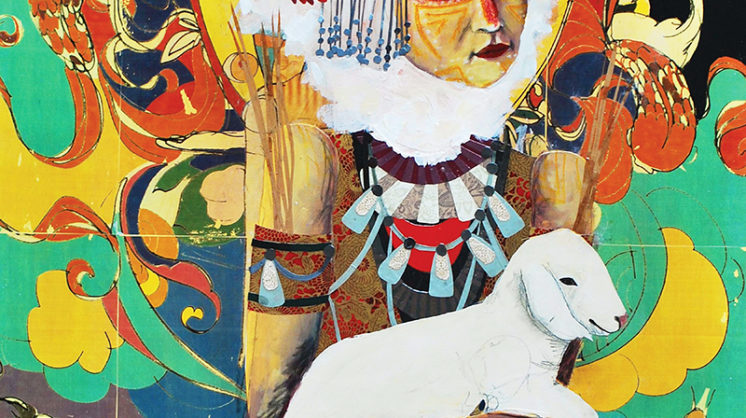 Denise Duong remembers “failing” colored ink in second grade. The Oklahoma City native works primarily with paints now, but she also still loves to draw, and when she does, she uses a black pen.

“I hate colored ink,” she says. “In second grade my teacher basically told my parents, ‘Denise is impatient and is a terrible colorer.’”

She relates the anecdote with a laugh now, and she seems to harbor no ill will. In fact, the ability to deflect criticism is central to Duong’s methodology. Since she was very young, she has wanted to be an artist – and as she tells it now, she was immune to the dire warnings about the artist’s life.

“I was told all the challenges to being an artist, but I never really believed it,” she says. “You get a lot of rejections, but I never saw it as something to be depressed about. You can’t win every battle.”

The matter-of-fact approach is not bravado; her conviction is clear in the way she talks about it and the way she works. Her first “I’m really an artist” show was at Joy Reed Belt’s gallery in The Paseo 12 years ago. She took eight pieces to the show and actually sold a few.

These days, she can allow herself the luxury of expectations, but she’s not in the art business to meet other people’s demands or answer their criticisms. At a recent Q&A in South Korea, a gentleman in the audience asked why she – a Vietnamese American – did not include Asia in a piece that included a map. She was surprised at the question.

“My art is naturally my style; it’s how I do it,” she says. That sounds a bit like a tautology, but Duong means that criticism is not effective with her because she thinks of her art as her art, not something that must or must not contain certain elements.

“I never even thought about Asia being on my map,” she adds. “I’m from Oklahoma. My parents came here from Vietnam in 1980. I was born a year later. I’m American. I guess he thought people should be offended that I left Asia off the map, but it’s my art.” 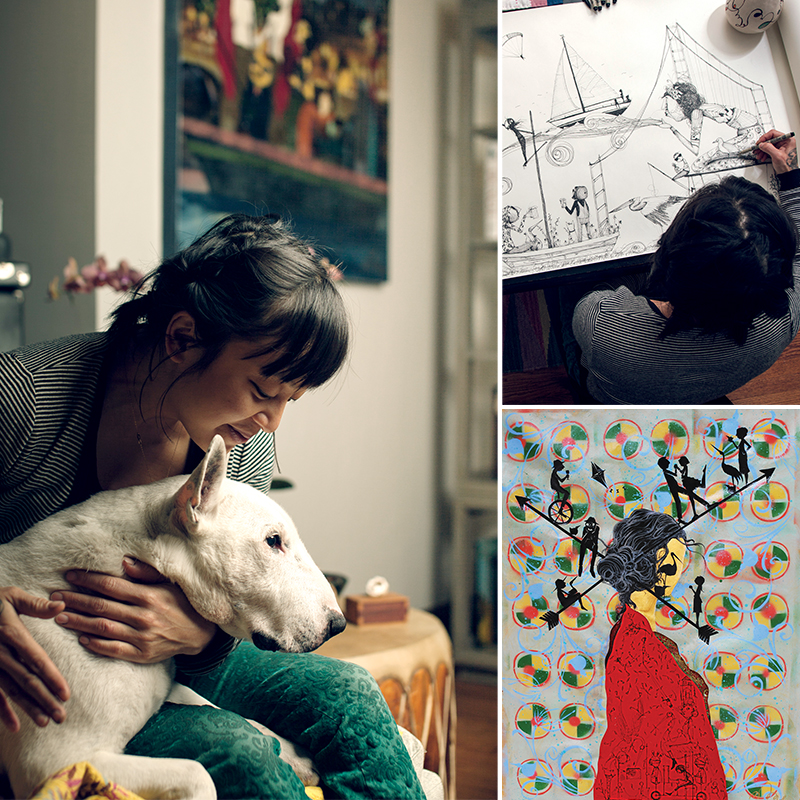 At another Q&A, this one in Shanghai, Duong was asked why she allowed “imperfections” to remain in her drawings. The questioner did not like that the drawings had pencil marks or smudges on the edges of the paper. Duong never even thought about them as imperfections, and to be fair, calling them that seems to insist that the viewer gets to define what belongs and doesn’t belong in a tableau. Duong was unfazed again.

“My art comes from my emotions related to my experiences,” she explains. “I don’t go back and ‘edit’ a piece; I just let it be. If we’re going to call them imperfections, then I’ll say I love imperfections; they tend to show the hand that made them.”

Duong is a vagabond – not her word, but one she agreed was accurate. She visited nine countries in 2016, including Morocco, Spain, India, Singapore and Indonesia. Some of those were for art; some were just to satisfy her peripatetic nature. When we sat down to talk, she was planning trips to Washington, D.C., for the Women’s March, the UK and Iceland – she wants to see the Northern Lights and the ice caves, experiences that should surely lead to inspiration.

On her trips, Duong takes a scroll in her baggage. Not one of those sacred text scrolls; just a big roll of paper she uses to memorialize her travels, sort of the opposite of a memento mori. The current one is nearly finished, and cumbersome at 12 feet in length, but it’s Duong’s record of her rambling set down in a medium that’s always come naturally to her. One section of the scroll encompasses every ride she received on a cross-country hitchhiking trip several years ago. The fearlessness that allows her to deflect criticism also allows her to ride with strangers, it seems.

Duong’s work (the paintings, at least) is bright and lively. The compositions reflect the interior life of a wanderer and a wonderer. She marvels at the world, and satisfies her expansive curiosity with travels and food and people. Often people describe her paintings as whimsical … a word she clearly dislikes. 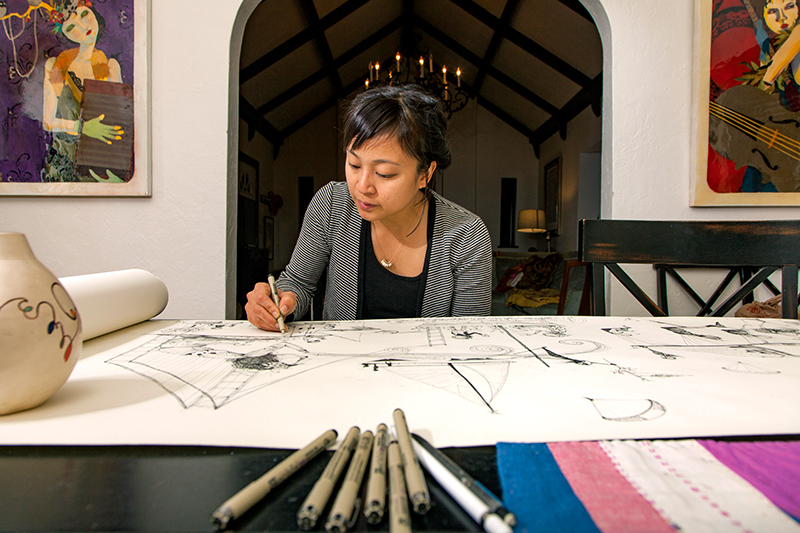 “I approach a piece by thinking about living with the piece,” she says. “I wanted to be surrounded by people and things that make me happy, so I create pieces I can live with, even if I sell them.”

Like the inspirations she draws from her travels, many of her pieces are collages, scraps of paper she collects all over the place – including local stores – and adorns with imagery. She layers them together on a canvas to add depth and color. They are complex pieces, but they do create a deep sense of wonder, even joy. Metaphors abound in the art world, and sometimes we stumble on an apt one quite by accident. In describing her collages, Duong sums up her methodology and her approach to life.

“I like to use different materials because I like the depth it gives my work; different layers upon layers. The background gets to set back from the characters.”