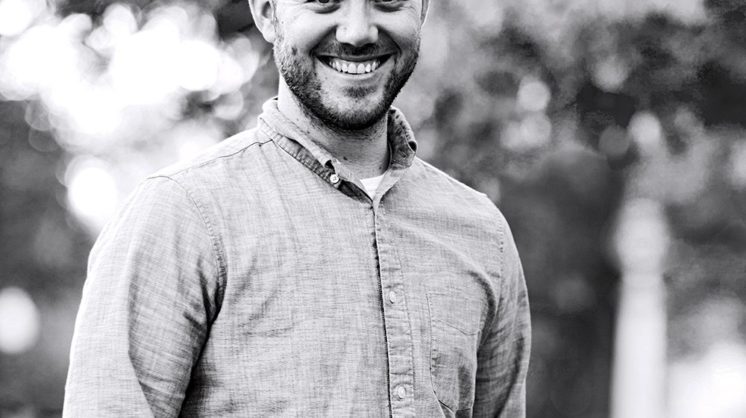 Derek Watson stays pretty busy – he’s an award-winning filmmaker, small business owner, devoted husband and father of five children under the age of 7. Despite being born in Texas and raised in Portugal, Watson is an Oklahoman, thanks to Oklahoma Baptist University.

“I came to Oklahoma to attend OBU,” Watson explains. “I had family living nearby. OBU had an amazing broadcast department and offered me great scholarships. I never thought I would settle here, but I have absolutely fallen in love with Oklahoma and would never want to leave.”

OETA was the first to notice Watson’s talent, offering him a job in the documentary department straight out of college. While there, he worked as a photojournalist on the series “Stateline,” produced the State of Creativity series in conjunction with Creative Oklahoma and won an Emmy for producing a series of short films about Oklahoma’s centennial.

The experience at OETA inspired Watson to start his own company. He loved telling Oklahoma stories, but wanted to expand his storytelling across the globe. So he started Lampstand Media in the spare bedroom of his house, and started spreading the word.

“Our very first project was going to northern Uganda to interview Sister Rosemary Nyirumbe about her school for girls, St. Monica’s Tailoring School,” Watson remembers. “Reggie Whitten took a group of athletes over through Pros for Africa, including OU and NFL greats Adrian Peterson and Roy Williams. Dick Greenly came along with a team from Water4 to help the community install water wells.”

This first assignment resulted in two award-winning documentary films: This is Normal, about Water4’s mission of helping communities build and maintain their own water wells, and Sewing Hope, about Sister Rosemary’s school for young African girls. Both films won prizes at Oklahoma City’s deadCenter Film Festival and several other festivals around the country. As importantly, the projects solidified the mission that would guide Lampstand’s business to this day.

“We believe that stories can change the world,” Watson says. “Stories can empower people and move them to action. We take that same approach to all of our client work, whether it’s a two-minute promotional video or a feature-length documentary.”

Lampstand Media now employs 10 full-time staff members in their office on historic Film Row in downtown OKC. They produce promotional spots for local nonprofits like Oklahoma Cleats for Kids and corporate videos for major clients like Oracle, as well as the occasional dream job filming in the Sahara Desert for National Geographic. However, feature-length documentaries remain their core focus.

“We are currently finishing a film called Fighting for Freedom about a Mixed Martial Arts star who put his fighting career on hold to help free pygmy slaves in the Democratic Republic of the Congo,” Watson explains. “And we just finished a film called Coaching Change about the first female basketball coach in Iraq.”

At this point, it’s pretty clear that all of Derek Watson’s projects are making a difference in the world. But his most recent release is the film dearest to his heart: The film, Journey to Honor, is about the organization Oklahoma Honor Flights, which flies WWII veterans to Washington, D.C., to see the memorials dedicated to their service and sacrifice.

“The most incredible moment for me was getting off the plane in Baltimore,” Watson admits. “I was following the group of veterans with a camera as they deplaned and entered the airport. Hundreds of people were standing and cheering for these heroes who changed the course of history and ensured our freedom. To be able to witness that outpouring of support in a time when we are so divided as a nation – it was so great to see people come together and focus on what’s important.

“Storytelling is a fundamental human experience,” Watson says. “We all want to have heroes. We all want to be a part of something greater than ourselves. I just try to focus on those core elements and let the story come out.”