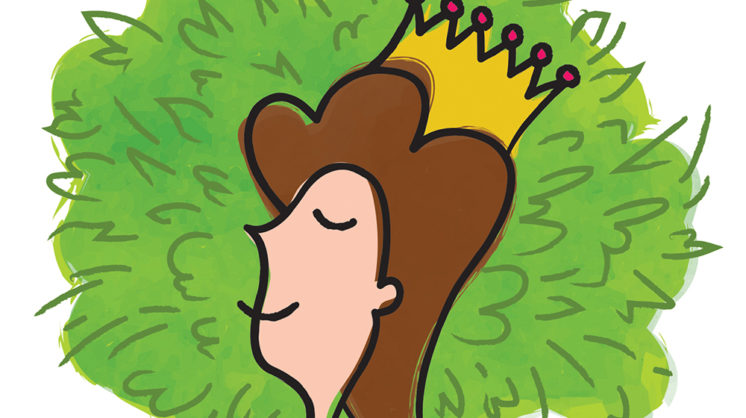 A year ago in this column, I had begun to unravel the mysteries of my family tree. DNA testing had wholly debunked my sister’s genealogical sleuthing that my siblings and I are of Apache heritage (“Native Roots,” October 2017). It was a rude awakening – I went to bed as a proud Apache one day and woke up as Little White Dove the next.

Despite having had a year to adjust to my 23andme DNA reveal (100 percent European), I hadn’t fully embraced my new and true identity until the past few weeks. My trek up the ancestral tree has taken on a frenetic pace since Mr. Roth joined another ancestry website, myheritage.com. After watching him painstakingly fill in one leaf after another on his own tree, I added the few sketchy details I know about my side of the family. A click here, a re-route there and in no time, I stumbled onto an online family reunion through familysearch.org.

New names appeared, one right after the other, each stretching further back in time. Census records with my relatives’ names on them solidified the data.

At first, there weren’t too many surprises. My people were mostly uneducated farmers who had more children than teeth. They did, however, trace back to Plymouth, Massachusetts and Virginia – “Colonial America.” But even this wasn’t too surprising: My DNA says my ancestors aren’t Native Americans, which narrows them down to being Pilgrims, the other white meat.

Fleeing their oppressive English and Irish homelands, my Pilgrim forefathers could have inspired Lee Greenwood with their patriotic names on the census records – names like “Lafayette Washington,” “Nancy Alabama” and “Benjamin Franklin.”

I continued to click my way back in time. Within 20 minutes, I could link myself to Lisa Gherardini (of Mona Lisa renown), the King and Queen of Dublin and Clovis I, King of the Franks. Royalty! Nooooowwwwwwwww it all makes sense. Of course I’m a royal. I’m no longer Little White Dove – I am Her Royal Highness Little White Dove! I turned to Mr. Roth and claimed my heritage with a single declaration: “I’m a royal, lovey. And I need a maid.”

Wasting no time, I shared the news of my blue blood with my own (newly regal) descendants, who were still brooding from the disappointment of not being Apache. With their “fool me once” skepticism, they were quick to dismiss my royal proclamation with a touch of indifference, once they’d confirmed there was no inheritance to claim.

No matter. News of this magnitude demands a proportional measure of fanfare. Something more than wearing a tiara to work. Something more than insisting that Mr. Roth call me “Your Royal Highness.” This kind of news requires a coat of arms, foiled and embossed on all our stationery. And … a signet ring.

But I didn’t stop there. Subsequent clicks up the line revealed that I’m also a descendant of Charlemagne – winner, winner, poulet dinner! With this discovery, I grew more reverent – ok, more pompous – about my pedigree. “Does he even know what a catch I am?” I wondered silently as Mr. Roth sat beside me, clicking away on his laptop to unravel his own family tree. When he announced, “Hey, look here – I’m related to Charlemagne, too,” I recoiled.

My mind raced to find a genealogical escape clause that would suggest I was not married to a cousin (although that would only substantiate my royal lineage).

I Googled it, like any responsible researcher would do. When I typed in my question, “Is everybody related to,” Google went ahead and added the word “Charlemagne,” as if every white person on an ancestry site had the same fear.

In his book A Brief History of Everyone Who Ever Lived, a guy named Adam Rutherford unceremoniously stuck a pin into my royal balloon with his concise explanation of how everyone with a drop of European blood is related to Charlemagne, which probably means everyone is also descended from royalty.

What else does it mean? I’m still not Apache. Mr. Roth (and every guy I’ve ever dated, for that matter) may or may not be my cousin. I am an un-special, workaday queen. And Mr. Roth is probably royal to the same degree that I am, although I’ve decided to withhold that information from him until I have a tiara. And a signet ring. And a maid.