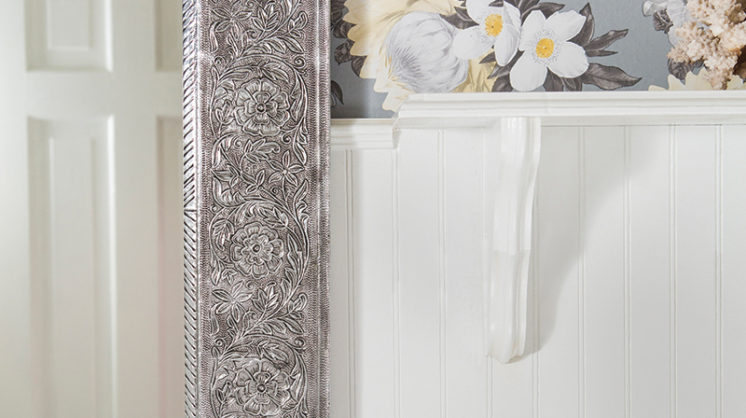 When looking for my next project to tackle for this installment of “Design DIY,” I came across an email about a product that really caught my eye – removable wallpaper. No messy glue, just peel and stick, and no commitment? Sold!

With wallpaper’s popularity again on the rise, this seemed an opportune time to get in on the trend. I’ve been an avid DIYer for nearly two decades and have renovated a half dozen houses, but surprisingly have never installed wallpaper. I can now confidently cross this one off my reno bucket list.

Tempaper is, in essence, a self-adhesive wallpaper with a backing that you peel off so you can stick it the wall without paste or water. It’s repositionable (for the inevitable oops! when installing), and it pulls off fairly easily. It should not damage the surface beneath, as long as it’s been primed and painted in a satin or semi-gloss finish.

It may sound familiar, but this isn’t your grandma’s contact paper. Tempaper (tempaperdesigns.com) comes in a myriad of patterns and styles, from designs for kids’ rooms to sophisticated geometrics and traditional toiles and florals. Custom designs are even available for that extra-special project.

I applied Tempaper in my small powder bath on the wall above the existing wainscoting. I will admit, I underestimated the challenge, thinking, “Hey, it’s a tiny room and I only have to paper the upper third!” but I quickly found out that there was still a substantial amount of work to be done even in that small area. Once I got into the groove, it went up pretty easily, albeit slower than I had estimated. 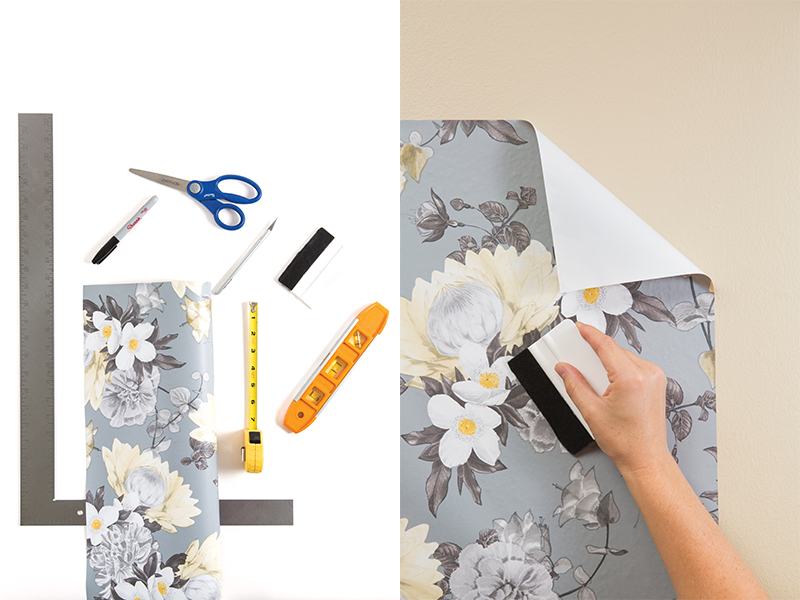 Starting in a low-visibility area (for my room it was the corner behind the door) allowed me to get the goofs out of my system without worry I’d ruin the whole project. I had applied two or three strips before I realized I was overlapping the edges of the paper too far and the pattern looked choppy – the instructions specify 1/16" and I found that “just a hair” was the perfect amount. The beauty of Tempaper was revealed when I just peeled off those errant sheets and started over. I was even able to salvage most of the paper and reuse it; only one sheet did I pull too hard, too fast, and it stretched the vinyl paper out of shape so it would not smoothly re-adhere without bubbling, so that got tossed. Measuring and cutting the paper, pulling down the backing and sticking it up (use a level to make sure the first sheet is perfectly vertical and work from there, matching the pattern left to right and top to bottom), smoothing it with the squeegee, then trimming the excess with an X-Acto knife was pretty much the whole process. Using a framing square to cut each sheet sped up the process tremendously and kept my edges square. 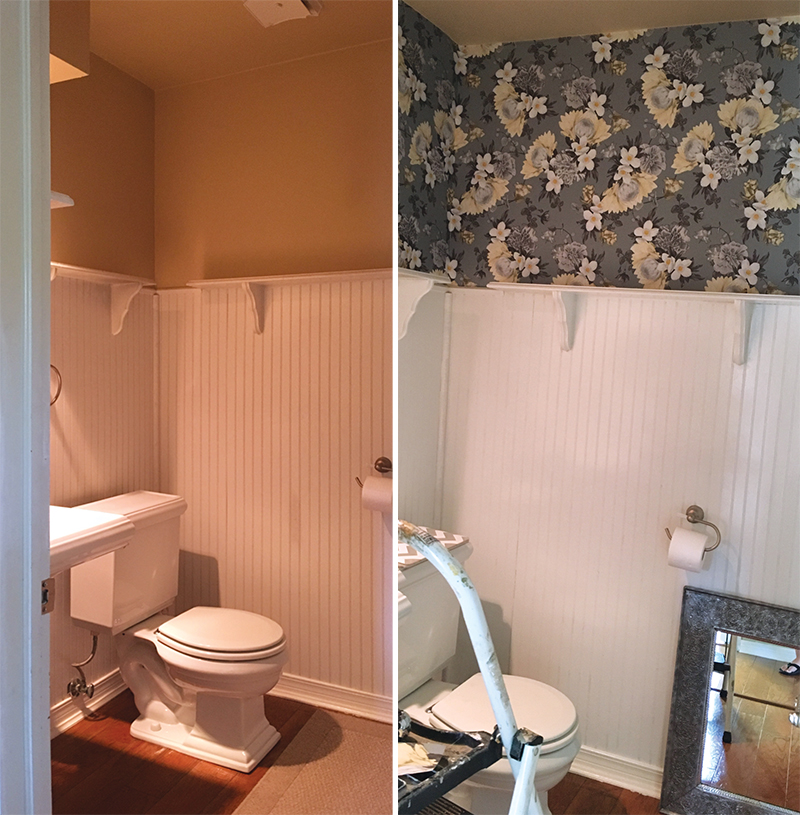 Mathematically challenged as I am, it took a lot of my brain power to figure out what seemed to me to be a high amount of wasted product, until I realized that a 20" repeat (the amount of paper until the pattern “repeats” and thus will align perfectly with its neighbor) meant that my 30" wall would create 10" of waste with each row. I also cut my paper into narrower vertical strips to work in the corners as I found the material too stiff and unwieldy to get a clean edge in my old house’s imperfect corners.

Overall, the project gets two thumbs up from me, and I still find myself doing a double-take each time I pass that doorway because the effect is so striking. I highly recommend removable wallpaper to anyone with decorating commitment issues and a self-sufficient streak!