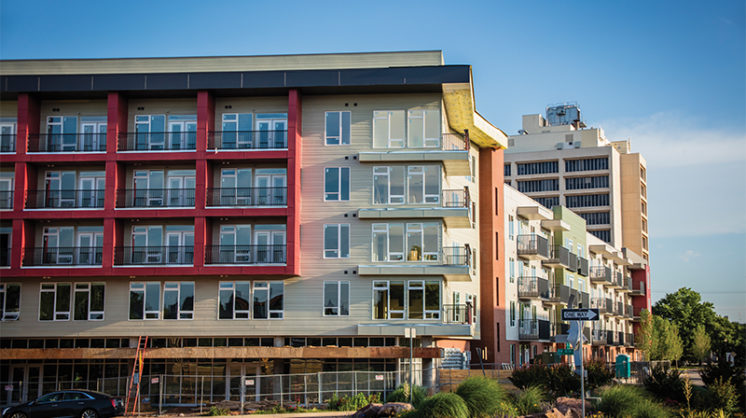 The clothing and hair date the ad from the mid-1960s, as does the verbiage: “These four girls live in a penthouse apartment for just $58.75 each!” To be fair, the amount they are paying for the “penthouse” apartment dates the ad, too. When the Continental was completed in 1965, it was the largest apartment complex in Oklahoma City’s urban core, and one of the target demographics was young, professional women working the city’s secretarial pools.

The Continental eventually would become The Regency Tower Apartments, and 50 years later, it’s one of the largest complexes in downtown with 274 units, but young, professional women are still a target demographic. That 1,156-square-foot apartment touted in the ad, which went for $235 per month, would now cost those young women $1,520 per month, plus about $200 per month for utilities.

Laura Neal is a wine professional – she sells fine wines in the OKC area – and she moved to the Deep Deuce district downtown fresh out of college in July 2013. She chose the Deep Deuce Apartments (294 units) because she said she wanted to be more closely connected to the city.

“I grew up in Edmond,” Neal says. “I wanted to challenge myself, though, to do something that made me a little uncomfortable, so a girlfriend and I moved downtown.”

What she discovered was a rapidly growing community with an eclectic mix of residents and convenient access to dining, drinking, work and entertainment.

“I thought we’d get down there and find a herd of 20-somethings, but we found empty-nesters, young families, older singles and students,” she says.

That observation is supported by data from Professor Dawn Jourdan, the director of the Regional and City Planning Program at University of Oklahoma.

“The city wanted to get downtown booming, and the only way to make that happen is for people to live down there,” Jourdan says. “While the rent seems high by Oklahoma City standards, we are seeing people coming in from both coasts, and the rent seems reasonable to them. There is also a growing number of empty-nesters who want the urban lifestyle, who don’t want to worry about a house or a lawn.”

The Greater Oklahoma City Chamber reports that in addition to the 2,931 units already completed, there are 1,164 currently under development – including The Metropolitan (329), Lift (329) and The Steelyard (250) – as well as another 661 in the planning stage. In total, there will be 4,756 units in the urban core when those 661 are complete.

“The reality is, they would not be building those units if people did not want to live there,” Jourdan says. 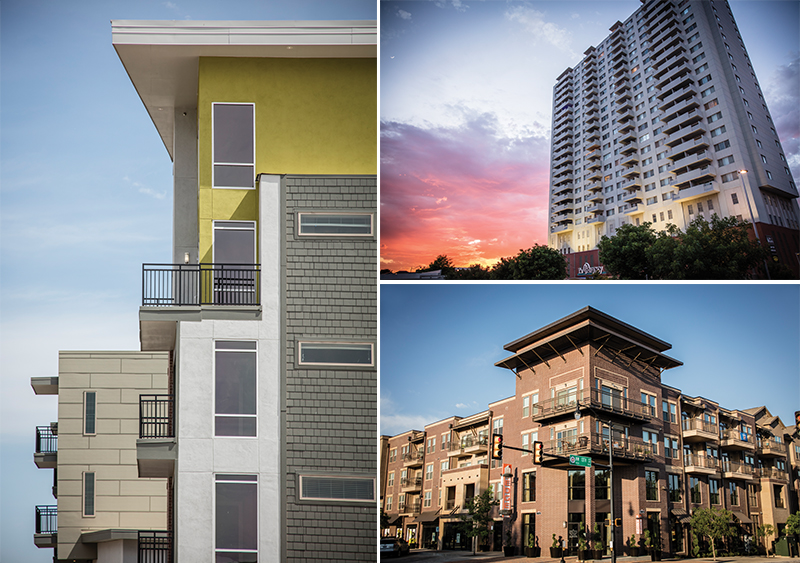 Who is going to live in all those units, though? Who can afford them? According to real estate software development firm Yardi, all seven properties that opened in Oklahoma City in 2015 are classified as luxury or high-end, meaning the average rent is $1,055 per month or higher. Contrast that with a 650-square-foot apartment at Bluff Creek in northwest Oklahoma City, which would cost a tenant $650 a month plus utilities. At The Maywood in Deep Deuce, a barebones 675-square-foot unit is $1,205, meaning that the annual cost-per-square-foot rate nearly doubles from $12 to $21 (the identical rate at The Edge, one of the newest completed complexes in Midtown). At the Regency, a 570-square-foot, one-bedroom unit is $16 annually per square foot, so the move to downtown is more expensive irrespective of the level of elegance or amenities.

The Guardian Lofts boasts one of the highest rates in downtown, at about $24 annually per square foot. Derek Byrd, an architectural designer and former resident, called the housing arrangement at The Guardian “a luxury.”

The recent energy bust seemed to present a problem for growth in downtown Oklahoma City. If all those hundreds of people who were getting laid off left the downtown area, who was going to keep the growth going in residential, entertainment and dining revenue? Turns out, the bust has not really busted residential (or restaurants).

John Gilbert is the president and CEO of Bomasada Group Inc., a Houston-based company that owns The Metropolitan in Oklahoma City, and until November 2014, they owned The Enclave at Brookside in Tulsa, a development that was built in 2012. Gilbert said the company’s focus is secondary and tertiary markets in the Southwest, but they also have developments as far east as Charleston, South Carolina. 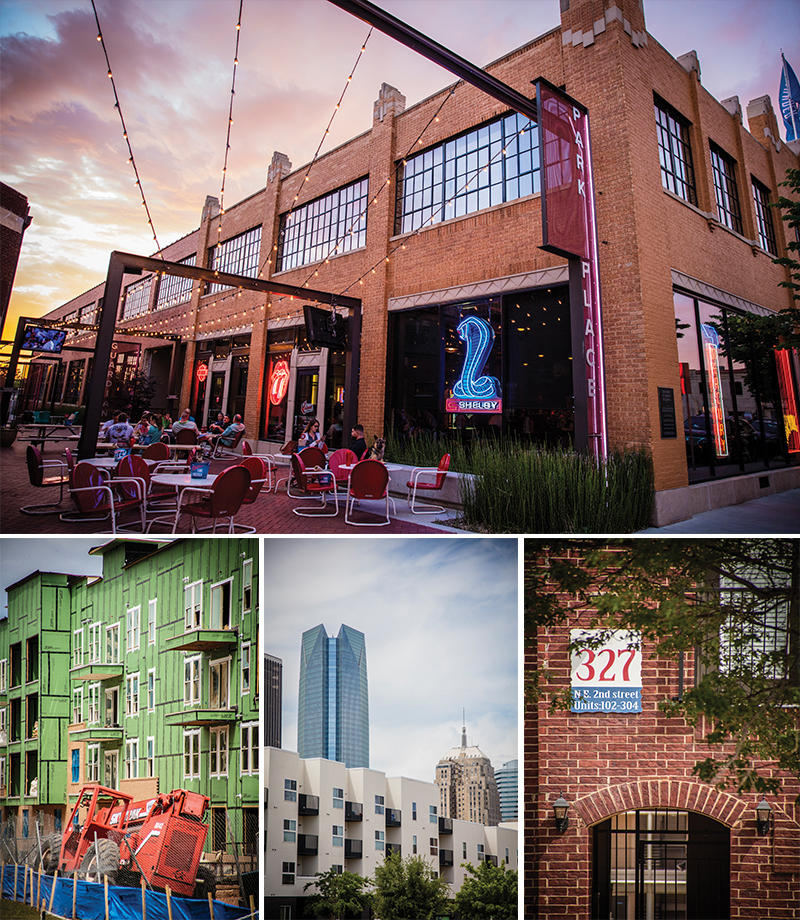 Bomasada believes in the metro so much that they’re scouting for another location in the city, and they start work on a new development in Tulsa this summer. Gilbert said he doesn’t see the trend toward urbanization ending soon.

“We have had a fantastic response in Oklahoma City, and the trend of young professionals and empty-nesters moving to urban areas is happening all across the country.”

For The Metropolitan, as with Deep Deuce, the trend includes students and faculty at OUHSC, employees at downtown businesses – besides energy – retirees, empty-nesters and even Tinker employees and active duty military. Downtown is a quick shot down Interstate 40 from Tinker, after all. Gilbert said he anticipates an influx of residents from the OG&E development, too.

Most of the units we looked at are running at high capacity, especially for two- and three-bedroom units. The Edge had no summer availability for a two-bedroom, but one-bedroom units abound. That is likely due to bill sharing. Laura Neal said she would never have been able to afford a one-bedroom on her own, but splitting the rent and utilities meant that she and her roommate could afford urban living.

Neal has moved to a house now, but she still misses Deep Deuce. “I needed space for my dog, and I do like saving money on rent.” She and her roommates moved to Edgemere, though, because they like the proximity to downtown, and they never seriously considered living outside the urban core.