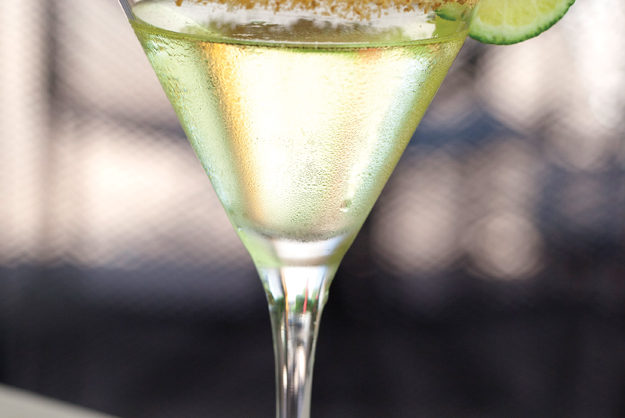 The writer and philosopher H.L. Mencken referred to the martini as “the only American invention as perfect as the sonnet.” E.B. White called it “the elixir of quietude.” It was listed in bartending guides as far back as the 19th century, peaked in the U.S. during Prohibition and saw a resurgence in popularity beginning in the 1970s.

Nowadays, creative bartenders and mixologists use their collective imaginations to concoct more varieties of martini than any one individual can possibly track. Fear not, though – Slice has endeavored over the years to uncover some of the most exceptional versions to be found in the Oklahoma City metro.

The Key Lime Pie Martini fits the bill at the Museum Café of the OKC Museum of Art. Perfect for a summer evening – perhaps a Thursday at the museum’s Cocktails on the Skyline gathering – this cocktail features Stoli Vanilla vodka, Rose’s Lime juice and a splash of Triple Sec. No pie is complete without a fine crust, so this martini comes in a glass rimmed with crushed graham crackers. Smooth and summery!