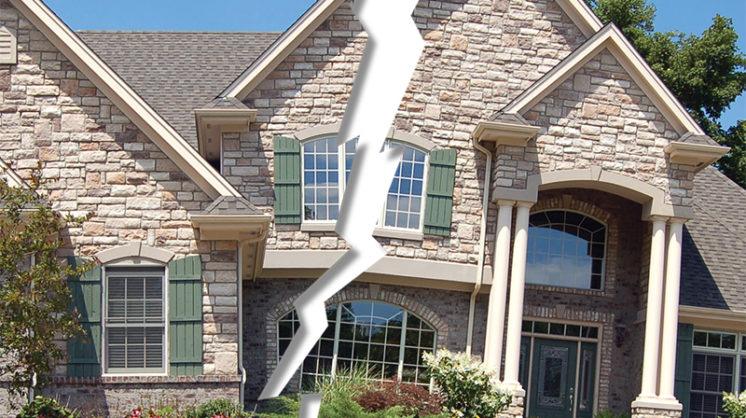 Before the current swarm of seismic activity in Oklahoma, earthquake insurance was something bought by people in coastal towns with names starting with “San” or “Santa.” California had the earthquakes and Oklahoma had the tornadoes – that is, until Oklahoma started collecting other regions’ disasters.

For the first nine years of the new millennium, the ground in Oklahoma barely budged: on average, the Oklahoma Geological Survey registered fewer than three earthquakes of a 3.0 magnitude each year. But 2009 left Oklahoma shaken. By the end of that year, Oklahomans felt a total of 20 tremors of 3.0 or higher. The next year, it was 42, and then 64 in 2011.

By 2015, Oklahoma had a bad case of the shakes. The state Department of Energy and Environment reported that Oklahoma got rocked by 907 earthquakes that year. That increasing frequency prompted 15 percent of all Oklahoma households to purchase earthquake insurance, according to state Insurance Commissioner John Doak.

As many homeowners discovered after the flash floods that affected central Oklahoma City in June 2013, flood damage is a “separate endorsement” — a type of damage that requires a unique tier of insurance — and standard homeowner insurance does not cover what happens when the levee breaks. Similarly, a standard policy does not cover earthquake damage. This is why an increasing number of Oklahomans elect to pay $50 to $300 per year for extra protection from the exigencies of shaky ground.

But despite our increased need to white-knuckle-it through yet another window-rattling tremor — seven low-level earthquakes hit central Oklahoma in the first five days of 2017 — earthquake insurance might not be for everyone. In fact, there’s evidence that relatively few consumers benefit from the coverage. In May 2016, the Oklahoma Insurance Department reported that of the 1,094 earthquake insurance claims filed since 2010, only 208 claims were paid, or about 19 percent. Meanwhile, insurers collected $76 million in premiums for earthquake insurance policies.

Alice Young, a senior professional public adjuster with Brown O’Haver, does not like those odds. As an advocate for the insured, Young works to provide insurance adjustments on behalf of policy holders when adjusters from the insurance companies deny claims. She said that the shifty nature of Oklahoma soil, which contracts and expands dramatically depending on moisture content and generates millions of dollars in revenue for the state’s piering and slabjacking industry, often gives insurers an easy out when adjusting earthquake-related claims.

“In Oklahoma we have so many different issues, like settling and all the other things that go into being in Oklahoma and the Texas dirt we’re on, the insurance companies are mostly saying that damages have something to do with anything other than an earthquake,” Young says.

High deductibles are the other major problem. Other than the November 2016 earthquake that damaged several properties in Cushing and the 5.6 quake in 2011 that severely damaged the superstructure of Benedictine Hall at St. Gregory’s University in Shawnee, Young said she rarely sees damage that exceeds the deductible, which she said hovers around 10 percent of the homeowner’s policy. So, if a homeowner’s policy is valued at $250,000, the property would need to sustain $25,000 before coverage kicks in.

Researchers, scientists and government bodies such as the Oklahoma Corporation Commission recognize a causal link between wastewater injection drilling and increased seismicity. For insurance customers, knowledge about current exploration in their areas, along with the seismic information supplied on websites such as earthquakes.ok.gov, can help determine whether they live in high risk areas for earthquakes.

But Young said she recommends that homeowners interested in purchasing earthquake insurance go into the process with eyes open and a plan for defending future claims.

“Am I going to tell everyone in the world not to get it? No, because then if something happens, they’re going to blame me for it,” Young explains. “But what I will say is this: If you’re going to have earthquake insurance, you’d better be really, really, really prepared. You’d better have all your ducks in a row.”

First duck: Hire an engineer to check out the property. Determining whether any structural issues exist before coverage kicks in, and fully documenting the findings, will provide much of the ammunition needed if a claim is denied.

But the most important move is to treat your house like a celebrity and hound it with your camera. Documentation could make the difference between payout or denial if the big one hits.

“Pictures are the biggest thing. I always tell people, ‘If you think you have too many pictures, take one more.’”