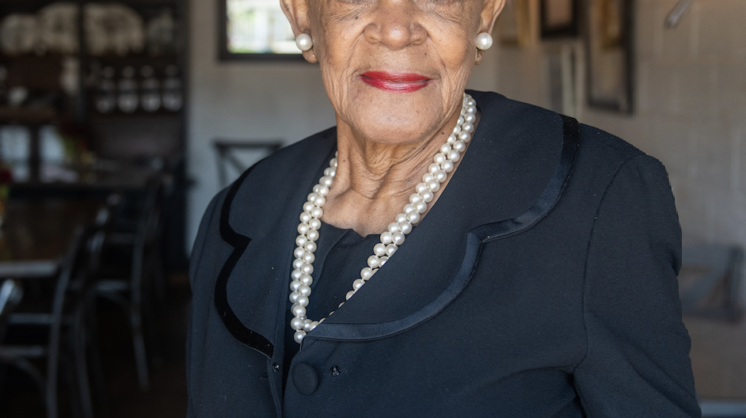 Especially for a restaurant, 67 years is a long time. The original Florence’s Restaurant opened in 1952 at 916 NE 4th; Florence Jones leased the property until 1969, when she built the current facility at 1437 NE 23rd. Her daughter, Victoria Kemp, who now manages day-to-day operations, said the restaurant served breakfast from the beginning until about a year and a half ago.

“We were still making a profit at breakfast, but it wasn’t enough to want to get up at 6 a.m. every day,” Kemp says. “When I told my mom I wanted to stop, she didn’t complain, so I assumed she was tired, too.”

A few things have changed at Florence’s – not the food, though – since Kemp assumed operations seven years ago. The back of house is still a scratch kitchen, and Florence (now 88) still shows up for work every day, but Kemp is building a bigger brand, one that includes a new breakfast location.

“I’ve already committed to opening another location, and we will focus on breakfast,” Kemp says. “We’re partnering with Jabee (Williams), and one of the locations we’ve considered is the original Florence’s space.”

As of our print deadline, a final decision on that second location has not been decided, so Kemp is focusing on installing outdoor seating at the current Florence’s, as well as her new role as the president of the East End District merchant’s association. The new district has already been approved, and plans are underway to create public art installations – in partnership with Black Space, a non-profit organization – from N Kelley to Martin Luther King.

Even with the changes, the food at Florence’s will remain “country food,” as Kemp calls it. “It’s food my grandmother made,” she says. “The gravy on the chicken-fried steak was the first thing I learned to cook as a child.”

Kemp said the smothered chicken is her favorite item on the menu, besides the gravy, but don’t miss out on Florence’s signature yam-fried chicken or the pear pie with ice cream. “The food is the kind everyone can gather around,” Kemp says. “We’ve had Mayor Holt and his family in a few times. Governor Fallin ate here, too. We get all kinds, all races, all economic groups, and that’s how we want it.”