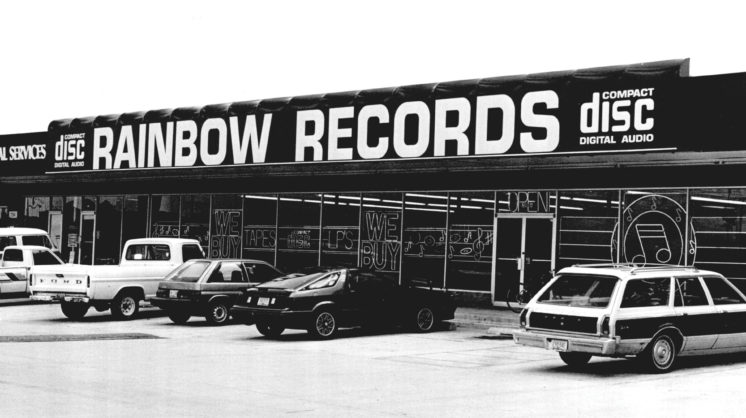 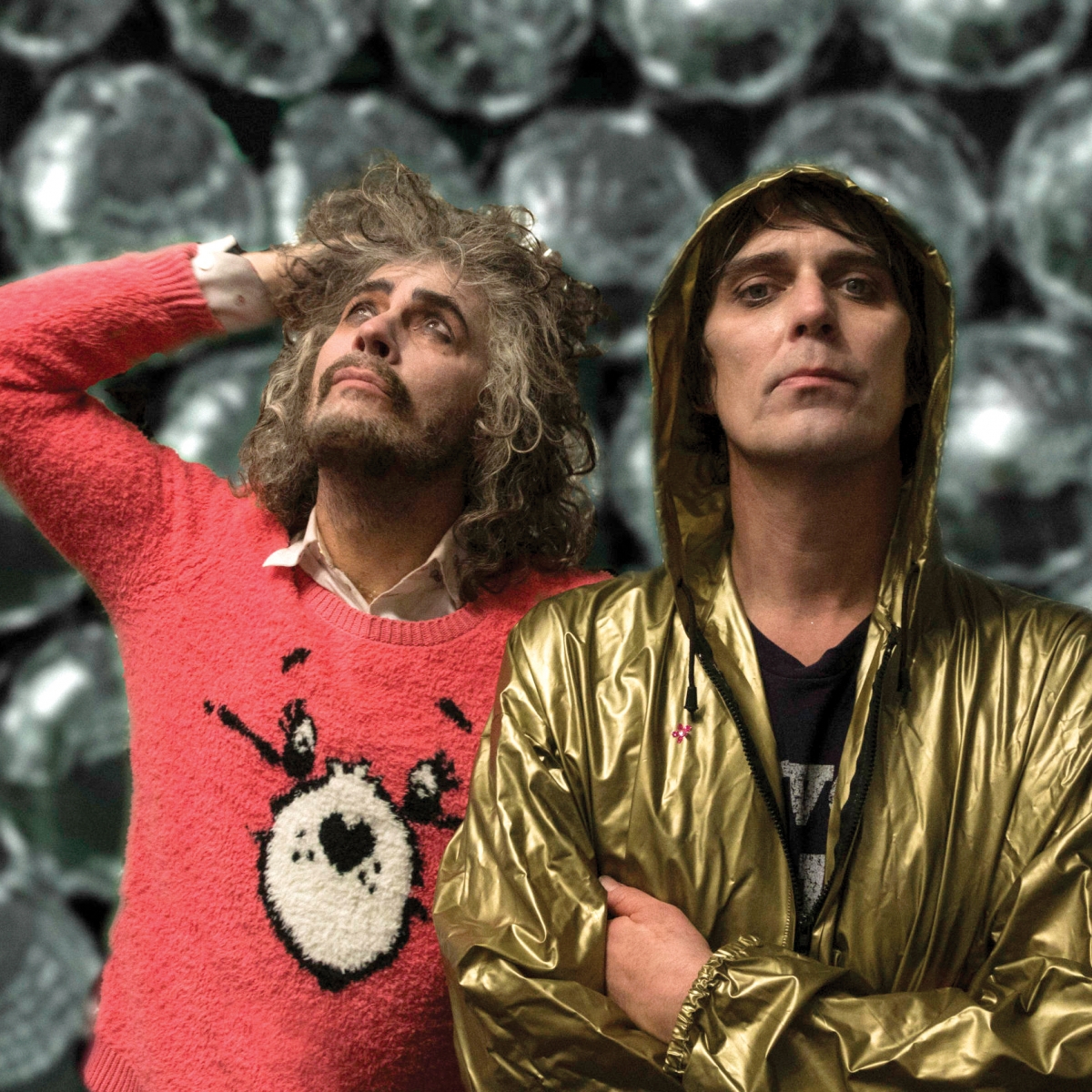 Speaking of the Flaming Lips, Oklahoma’s notoriously off-kilter experimental rockers are doing their part to keep vinyl in the musical conversation. Much of their expansive catalog is available in that format on store.flaminglips.com, and they’ve made headlines for limited releases of albums in which the vinyl is pressed with beer (2018) and their own blood (2012). Their latest album, 2019’s King’s Mouth, includes narration from Mick Jones; we think all April’s gold limited-edition LP contained of the Clash guitarist was his voice. 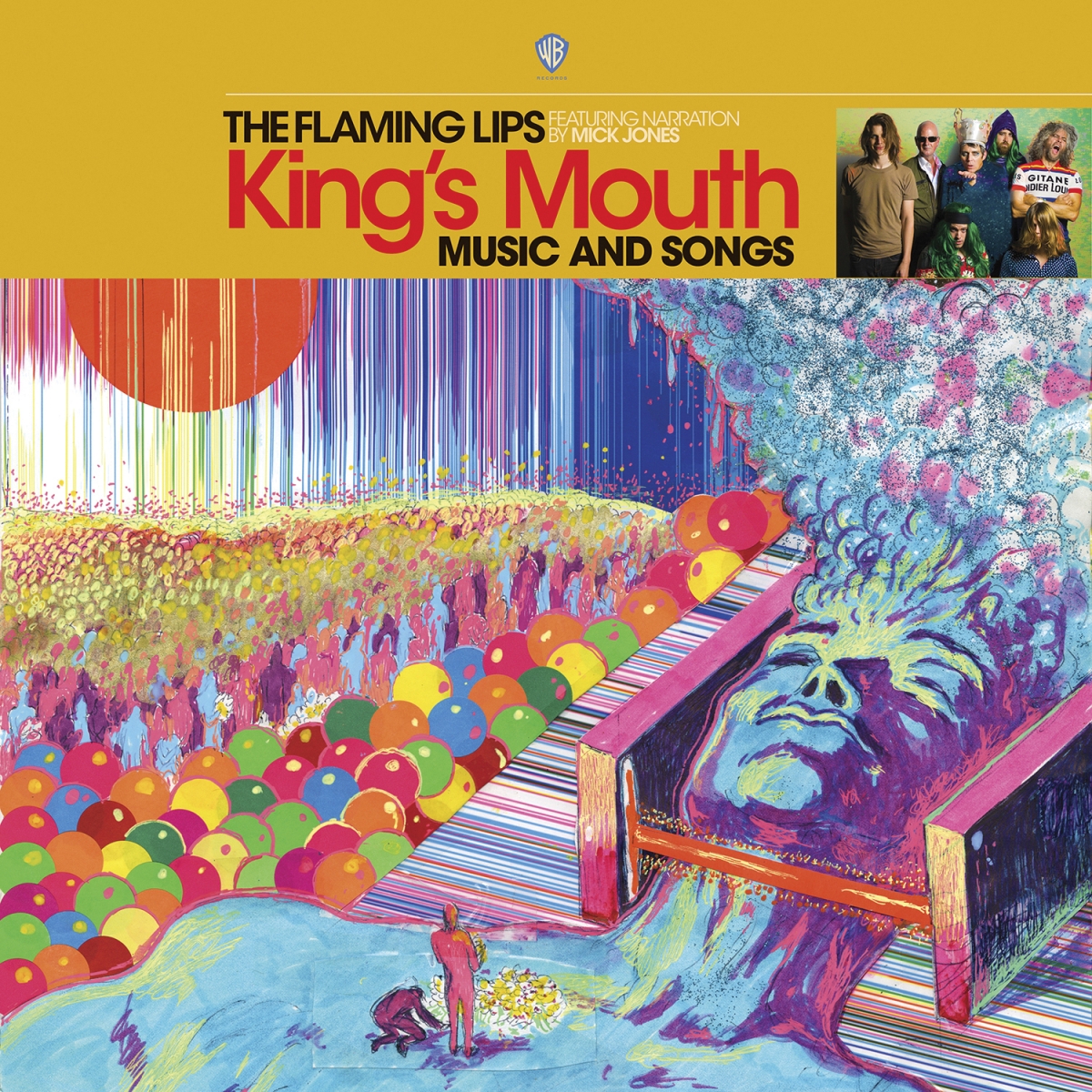 As a kid, I routinely struggled to choose between the immediate gratification of spending my allowance on a Mars Almond Bar after school and the longer-term satisfaction of saving it up and buying Cher’s latest record on a weekend trip to TG&Y. As an adult, I got incredible joy from walking into Peaches Records at NW 63rd and May, Randy’s Music & Movies in Edmond and Sound Warehouse in the old Lakeside Theater. But the pièce de résistance was Rainbow Records. The original store opened at NW 23rd and Classen in 1975. It soon expanded to other locations on N May, SW 74th and Penn and eventually in Norman.

“My first job was at Sound Warehouse,” says Scott Booker, a former manager at Rainbow Records. “But I loved Rainbow because it was so much cooler. They sold both new and used records, posters, everything. I shopped there all the time, and finally they asked me if I wanted to work there.”

The store had already been in business about a decade when Booker joined the team in 1985. In those days, Madonna, Tina Turner and Wham! were burning up the charts – but so were alternative bands such as REM, Sonic Youth and a new local group called the Flaming Lips.

“That’s where I first met them,” Booker says of the Lips. “Members of the band shopped there all the time, and they had released their first album on a small independent label. They were definitely on their way up.”

Rainbow Records had a wide selection and was also a place for music lovers to just come in and hang out, he said.

“Customers would come to shop, of course, but it was also a place to talk about and learn about new songs and artists. Someone might come in and want an album by REM, and I would say, ‘Yeah, that’s a great album. But have you heard of this group? Listen to it and see if you like them.’ That’s something you just don’t get today when you go to stores like Best Buy.”

Today, vinyl has found new life among millennials, who are discovering the joy of placing the needle on the record and hearing the warm sound like no other format.

“If you love music, or a particular artist or band, you want to feel connected to them,” Booker says. “CDs and MP3s don’t give you the same feeling as vinyl. If you’re young and into Taylor Swift or somebody, you can hold their record in your hand. You can look at the cover, which is a piece of art itself. You can hang it on the wall if you want, and that’s something you could never do with a CD. I’m happy vinyl is back, and I think it will stay around a long time.”

These days, Booker manages his former customers, the Flaming Lips. He’s worked for the band for nearly 30 years now, and loves what he does. But thinking back on his early days at Rainbow Records still makes him happy.

“When I first heard you were doing a story on Rainbow Records, I smiled,” he tells me. “Those were good days. I work for the Lips now, and it all started at Rainbow. Together, we have all lived out our rock and roll dreams.”